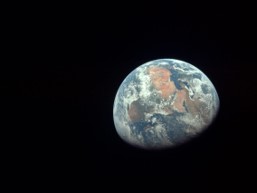 There’s not a lot of non-Olympic coverage of America in Danish media today.

Berlingske was apparently so hard up for material that they ran with a dog bites man story: Donald Trump said something mean about the disappointing performance of the American women’s soccer team, and Berlingske was on it!

Later in the day they posted a link to their “Campaign Trail” podcast, Kampagnesporet, which I haven’t had a chance to listen to but can be found here. It’s 43 minutes long and apparently focuses on two challenges faced by Democrats in the heartland: the first being that vaccine skepticism is making it hard for Biden to keep his promise of reopening the country, the second being that Andrew Cuomo’s sexual harassment woes “have forced Biden to make a noteworthy speech on Cuomo’s future in politics.”

It’s a shame I don’t have time to listen, because I’m curious to hear why vaccine skepticism has anything to do with reopening the country: once everyone who wants to be vaccinated is vaccinated, why on earth shouldn’t life get back to normal? I’m also curious why anyone thinks a gropey, grabby, creepy Democratic governor wouldn’t have a future in Democratic politics—isn’t that part of the brand?

(There are gropey, grabby, creepy Republicans out there, but the antagonism of the predominantly leftist media means that they’re less likely to get a free pass on the kind of rumors and innuendo that are always swirling around such men; this limits their ability to reach national prominence before their misdeeds get outed.)

But there was a story that caught my eye over at TV2: “41-year-old won’t bring children in the world due to climate crisis.“

“Even though he’s no longer married,” we’re informed, “and the question of children is therefore no longer quite so immediate, the message to potential partners is nevertheless that doesn’t want children in the future.”

Andreas Engholm is a divorced, 41-year-old activist with a neckbeard who appeared on Danish national television in a man bun, a tee-shirt, and a leaf earring, so I’m not sure how newsworthy it is that Danish women of child-bearing age have lost him as a potential mate. (But for all I know he’s got to beat the ladies off with a stick.)

I don’t share his beliefs, but I do admire his commitment to them. As he explains in the snippet of video from his segment on Go’ Aften Danmark, he’s not going childless to help the environment, but because he believes there’s too much insecurity with respect to the kind of world they’d inherit. Admirable consistency.

For some the fear (of climate change) has developed into a decided clima-angst.

If that’s how one feels, the psychologist’s (Melissa Elveberg) advice is to try focusing on what one can handle.

That could for example be living more sustainably, teaching one’s children about sustainability, or getting active in the fight for the climate. One has to try and let go of thoughts about trying to control things one cannot control as an individual, Melissa Elveberg recommends.

“Teaching one’s children about sustainability” is a pretty tall order for people committed to not having children.

As if to address that very point, the article wraps up by noting that Engholm doesn’t recommend that everyone concerned about the climate follow in his footsteps:

“If everybody shared my pessimism then there wouldn’t be any children made—and that’s not good either,” he says.

True enough if everybody shared his pessimism. But not everyone does.

So I see no harm in recommending that everyone who does share his pessimism go ahead and not have kids.