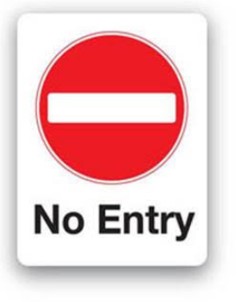 There are a lot of questions we ought to be considering with respect to governments coercing their citizens to inject medicine into their bodies. The questions come from every angle: legal, moral, ethical, philosophical, medical, social, spiritual, metaphysical—lots of questions, very few answers.

But all those questions are quickly being mooted by facts on the ground: mandates are being issued, and the people issuing them are in no mood for questions of any kind.

TV2 News ran an article on Tuesday on that theme:

The article opens by informing us that New York’s Mayor Bill de Blasio believes that, in New York at least, “If you want to participate in society fully, you’ve got to get vaccinated.”

I took that quote from the mayor’s actual statement to ensure I got it right: I didn’t like the odds of my being able to reverse engineer the Danish back into the exact words used by de Blasio, and I was having a hard time believing he’d actually said what Wismann made it sound like he had.

I don’t remember the Mayor of New York being empowered to decide who does and doesn’t get to participate in society. Maybe I overlooked a referendum?

But let’s make our way through the rest of the article before I begin The Airing of the Grievances.

We’re told that 66% of adult New Yorkers have been vaccinated.  Wismann doesn’t give any Danish numbers for reference, nor does she specify whether New York’s 66% are fully or partially vaccinated, but as of today fully 68.6% of the population of Copenhagen has had at least one shot and 48.6% are fully vaccinated.  (I can’t find a breakdown of the rate for adult citizens.)  Nationally, 55.6% of the Danish population has been fully vaccinated and 72.3% has had at least one shot.

So we’ve got some apples and oranges for comparison, but generally speaking New York City’s at about the same level as Denmark.

Then Wismann gets to the nub of the issue:

Simultaneous to the vaccine mandate, a new “Key to NYC Pass” app is being launched, and it’s through that app that the citizens of New York will have to document that they’re vaccinated.

It will work in many ways like the Danish corona passport.  The difference, though, is that a negative test or immunity from a previous infection doesn’t count.

That’s a hell of a difference.

If you’re trying to prevent infections, then a negative test is more effective than vaccination, and acquired immunity is almost as good as vaccination.

So if you’re ignoring negative tests and acquired immunity, you’re not in the business of public health.

Wismann cites some observations from TV2’s US correspondent, Jesper Steinmetz.

Steinmetz first says that he believes the New York mandate is just the beginning and that we’ll probably be seeing similar measures in other states before the week is out.  He suggests that “the delta variant has gotten Americans to wake up,” and has motivated the political class to get citizens vaccinated as quickly as possible.

Wismann mentions Biden’s bribery tactic of sending one hundred dollars to all Americans who let themselves be vaccinated, and points out that federal employees who aren’t vaccinated now have to be tested once or twice a week.  She suggests the tactics are working by noting a recent increase in vaccinations.

(Note that neither of those examples is a mandate.)

Although Jesper Steinmetz believes that more states will introduce vaccine requirements, one shouldn’t underestimate how drastic a decision it is—especially in a country like the United States.

“It’s drastic. It is really an encroachment on people’s freedom when they’re required to do something specific about their body in order to be allowed to participate in society,” he says.

Jesper Steinmetz compares the strategy with that used to ban indoor smoking:

“It was said: ‘Fair enough you want to smoke, but it won’t be inside with the rest of us.’ The same with the vaccine: ‘You must not come in here and pose a risk of infection,’ you’ve got to stay out.”

In general, Jesper Steinmetz believes that the vaccine mandate will be received tolerably in New York because it’s a Democratic state, whereas the opposition will be far greater if the requirement reaches the Republican states.

First of all, Steinmetz’s comparison of forced vaccination to indoor smoking bans isn’t appropriate with respect to the New York mandate.  As I already noted, and as he himself insinutated, people aren’t being kept out because they risk infecting those they’d be exposed to—if that were the case, proof of a negative test result or acquired immunity would suffice.  They’re being kept out for not being vaccinated.

Again: that’s a hell of a difference.

The whole rationale for the “masking while vaccinated” movement  has been that vaccinated people can still get infected and pass the virus along.  And someone with acquired immunity may also get infected and become contagious, but is at only a slightly greater risk of doing so than some who’s been vaccinated. Someone who’s not infected, however, is definitionally uninfected and therefore at no possible risk of infect anyone else.

So why “make it as hard as possible” for those groups to fully participate in society?

Recall Steinmetz’s words: “It’s drastic. It is really an encroachment on people’s freedom when they’re required to do something specific about their body in order to be allowed to participate in society.”

On what authority does Bill de Blasio presume to be operating when he orders that people who have been proven not to have the virus can’t go to restaurants or movie theatres? Because that’s what he’s saying. You may be able to prove you don’t have the virus, but that’s not good enough: in fact, it’s irrelevant. You just have to prove you got the vaccination.

Let me flip back to the Forbes article from which I grabbed the mayor’s exact words. It wraps up with the following paragraph:

In an interview with MSNBC, de Blasio dialed up his frustration over the unvaccinated. “We’ve got to shake people at this point and say, ‘Come on now.’ We tried voluntary. We could not have been more kind and compassionate. Free testing, everywhere you turn, incentives, friendly, warm embrace. The voluntary phase is over,” de Blasio said last week. “It’s time for mandates, because it’s the only way to protect our people.”

It is not the only way to protect the people of New York.

You protect people from the virus by keeping people who might be infected away from people who are known not to be. That’s not what you’re doing. You’ve unilaterally decided that everyone must be vaccinated, and that’s not a decision you’re entitled to make.

As long as the hospitals aren’t being overwhelmed, with two-thirds of New Yorkers already vaccinated and with free vaccinations available to everyone, maybe it’s time to let the greatest city in the world treat its citizens like the free-born adults they are.

But on what day of the week is that not true?

Finally, note Steinmetz’s concluding words, with which he opines that New Yorkers will tolerate the mandate because they’re mostly Democrats but Republican states will probably encounter more resistance.

If they’re genuinely Republican states, there won’t be any mandates to resist.