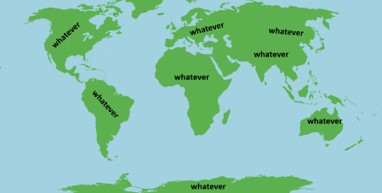 There’s an influential politician in Denmark who believes that Danish culture can only persist to the extent that we limit immigration and enforce Europe’s external borders.  He believes Europe was mistaken to ostracize Hungary’s Victor Orban back in 2015 for erecting razor wire fences on his nation’s borders with Serbia, and thinks we owe more than mere gratitude to countries like Greece and Lithuania for their work hardening Europe’s external borders.

A right-wing nationalist?  A nativist? A xenophobe? A white supremacist?

Hardly. The man in question was a member of the Communist/Marxist-Leninist Party from 1995 to 2005, the Red-Green Alliance from 2005 to 2008, and the Socialist People’s Party from 2008-2013.  He’s been a member of the Social Democrats ever since, first elected to parliament in 2015. And his father was an Ethiopian immigrant.

His name is Mattias Tesfaye and he’s been the Minister for Immigration and Integration since the summer of 2019.  Berlingske ran a very interesting piece about him on Wednesday:

A speech from Tesfaye about Fortress Europe was called “bizarre.”  Now the government wants to send razor wire to Lithuania’s border—and it doesn’t end there
Søren Domino, Berlingske.dk, Sep 22

Walls, border fences, and physical barriers must be an integral part of Danish and European immigration policy, says Minister of Foreign Affairs Mattias Tesfaye (S). The government has already sent barbed wire fences to Lithuania. There are now plans to contribute to the strengthening of Turkey’s borders. “It’s important that Danes know that their tax dollars will go to strengthen Europe’s external borders,” says Tesfaye.

The whole piece is worth reading in its entirety, but one passage in particular should be mandatory reading for the open borders wing of the left (emphasis mine):

[Hungarian Prime Minister Victor] Orbán was heavily criticized for erecting fences, first on the border with Serbia and then with Croatia to keep out the flow of refugees and migrants. There was also condemnation of the sometimes harsh treatment by border guards of the refugees and migrants arriving at the Hungarian border.

“Now we can see a lot of other European countries doing the same, and sometimes you have to be honest with yourself—even as a nation—and say that a lot has happened since 2015. There’s no reason to close your eyes and say that this is something we do a little underhandedly. And one way to bring it up in the public debate is to put things in perspective and say that we were wrong: One of those I feel politically farthest away from actually appears to have been more correct back then than we were,” says Mattias Tesfaye.

The Minister of Foreign Affairs and Integration emphasizes that Denmark must also help in the neighboring areas and help secure funding for refugee camps in countries where the influx is large.

“But at the same time, we need to take seriously the fact that Europe’s borders cannot just be open. The lesson we must learn is that sailing ferries from Lesbos with people to the port of Piraeus and then by bus through the Balkans is also wrong,” he says.

This is something I’ve been saying not just for years, but decades.

The Danish welfare state is unsustainable in the face of unlimited and uncontrolled immigration.  In yesterday’s post I cited a study that suggested Denmark’s relatively successful handling of the pandemic was largely thanks to the trust between Danes and their government, and between Danes and one another.  That’s not a left-right thing: the whole point is that reducing everything to a left-right dichotomy is a losing proposition.

Immigration is one of those areas.  Strong borders and sturdy immigration controls aren’t conservative things, nationalist things, or white supremacist things.  They’re necessary things and Tesfaye gets that.  In working to protect Denmark’s integrity by supporting stronger external borders, he’s not being a Communist or Socialist: he’s doing his job.

But go ahead and sniff around the web, and you’ll see plenty of articles citing Denmark’s “far-right” approach to immigration:

CNN.com, Apr 18: “In its latest lurch to the far right, Denmark plans to send some refugees back to Syria”

In a September 4, 2019 article entitled “Don’t learn the wrong lessons from Denmark on nationalism,” the Guardian writes: “The Danish centre-left aped the far right to win an election … could not have won had they not aped the far right on immigration …”

It’s difficult to understand what’s “far right” about the notion that, as the staunchly leftist Tesfaye himself puts it, “society, a welfare society, is not an abstraction. It lives in a certain territory and at a certain time. If we do not enforce that territory, the precondition for the society in which we live crumbles.”

And yet, as the examples above make clear, that’s the reflexive argument in the leftist media throughout the western world: territorial integrity and immigration controls are inherently “far right” (and presumably therefore bad).

How? In what way?

This despite the obvious corollaries that without territorial integrity and immigration control, nations are nothing more than geographic place names.  If anyone who wants to is allowed to wander into any nation they like and claim the full rights of a citizen, what is a nation? Why even bother with passports and visas?

If anyone who wants to can step through your front door and claim part of your home as their own, can you in any meaningful way still call it your own?  I mean that very literally: whether you have a mansion on a thousand acre estate or a trailer down by the river, if total strangers can wander in and build a life for themselves in your living room, or claim asylum in your bathroom, or build a tent city in your foyer, in what way is it “your” home?

The idea of organizing ourselves into geographically-delimited areas is as old as human history, and maybe older (territoriality is not a uniquely human trait).  It’s the only viable alternative we’ve ever found to nomadism, which takes too much territory to support too few people.

So we’re left with nation-states, or whatever you want to call our current model of territorially-defined states.  You can have whatever kind of state you want within your borders, but every letter of international law is predicated on the premise that every state is sovereign within its own geographical borders.

To call for stronger borders, as Tesfaye does, is not to call for cutting oneself off from the world, but to maintain control over one’s own nation—which is the paramount job of every government.  Most countries, if not all, have a legal process for immigration, usually with separate tracks for refugees and asylum seekers, often with special allowances for emergency situations.  Why would anyone, in any country, consider the enforcement of those laws to be a purely political issue?  Why would anyone, in any country, encourage the erasure of their own boundaries?

Are people really unclear on the difference between renting or buying a home and simply breaking into someone else’s and settling in?

So in calling Tesfaye’s policies, and others like them, “far right,” what would the “far left” policy be?

Borderlessness?  Unrestricted immigration, everywhere, always?  How would that work?

I don’t think we’ll ever get an answer, because I don’t think there is an answer.  I think a great number of people on the left, especially in the media, understand the importance of borders perfectly well, but like to use the plight of refugees as a cudgel against their political enemies.  I think the whole thing is cynical and tactical and extremely destructive.

Either that, or these people genuinely believe that everyone who ever locked a door is a far right extremist.

And just because it’s Friday: