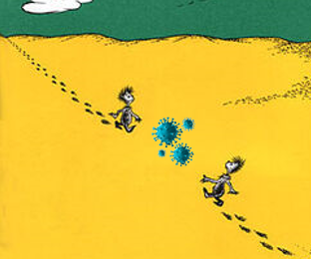 There was an interesting piece in the Washington Post the other day.

Denmark appears to have beaten covid-19 — for now. Here’s how it did it.
Michael Bang Petersen & Alexander Bor, Washington Post, Sep. 20

The lede is: “For the most part, Danes avoided blaming and shaming their fellow citizens.”

That’s more than a lede: it’s a tolerable summary of the entire piece, which is, surprisingly enough given the medium, a very reasonable assessment of how Denmark got through the pandemic.

On Sept. 10, Danish authorities lifted all pandemic restrictions and pronounced that covid-19 is no longer a “critical threat” in the country. Vaccination rates are high — 86 percent of all eligible citizens 12 and older have received at least one shot, and 95 percent of people 50 and older are fully vaccinated.

Denmark’s death toll during the pandemic was only 450 people per million citizens, compared to 1,982 per million in the United States. How did Denmark, and its 5.8 million people, beat the covid-19 pandemic?

As part of Denmark’s largest behavioral covid-19 research project (the HOPE project), we surveyed more than 400,000 individuals in Denmark and seven other countries. Our findings suggest that citizens’ high and stable trust in their health authorities has been a crucial factor in Denmark’s success. This trust [….] encouraged high vaccination rates and the successful implementation of key policies such as mass testing and coronavirus passports.

Danes trust their government and each other, and the Danish government trusts the Danish people. It’s a broad generalization—there are tin-foil hat brigades of every stripe here as elsewhere, and there are plenty of members of parliament who hold their constituents in contempt, but they’re a distinct minority.

The Danish authors (a professor and a postdoctoral researcher at Aarhus University) are crisp and neutral in their presentation of the facts supporting their conclusions. For example:

Over 90 percent of Danes trust the national health authorities, our survey data revealed. By last fall, over 80 percent of the eligible population was willing to get an approved vaccine, compared to less than 50 percent in the United States. While starting with high levels of trust certainly helps, sustaining this trust could be a challenge, especially if authorities may be tempted to promote vaccines that prove less effective or more risky than others. Our research shows that in these situations, transparent communication about all features of vaccines — including the negative ones — is key to sustain trust, even if in the short run it reduces vaccine acceptance.

The fact that “less than 50 percent” of Americans were “willing to get an approved vaccine” would seem to invite some speculation as to what specific cultural factors might have contributed to that particular metric at that particular time. Rather than explore that, however, the authors swerve toward a more appealing target to readers of the Washington Post:

This finding highlights that trust between citizens and the authorities ideally runs both ways, as authorities need to trust that citizens can weather bad news and still make responsible decisions. President Donald Trump later admitted to intentionally downplaying the coronavirus. In contrast, Danish authorities were — after a slow start — frank about the severity and the uncertainties of the crisis. They were also candid about the potential side effects of some vaccines and in March made the decision to suspend the use of the AstraZeneca vaccine. The health authorities argued that with the most vulnerable already vaccinated, and with the epidemic well under control, even the rare side-effects of AstraZeneca vaccine posed a larger threat to Danes than the virus itself.

Let’s walk through this: the authors have just mentioned Americans’ lack of trust in an approved vaccine last fall, which was markedly lower than the level of trust among Danes. It’s a matter of public record that the Democratic candidates for president and vice-president were actively promoting skepticism of the vaccines. The authors explain how the Danish authorities were honest about the risks of the vaccine, but have nothing to say about what might have stoked skepticism about the vaccine in America. And yet in reaching for an example of counter-productive dishonesty with the public, the authors go all the way back to Trump’s downplaying of the seriousness of the virus in the early days of the pandemic.

It’s a small but telling thing. Fair enough that Trump played down the threat the virus posed in the early spring of 2020, but we were just talking quite specifically about Americans’ distrust of the vaccines in the fall, when two leading politicians were openly campaigning on vaccine skepticism. So it’s a strange detour.

And it’s not as though the authors don’t recognize the harm of moralizing and politicizing health issues. With respect to moralizing:

Moralized issues can backfire and lead to conflict, which can easily spiral into shaming and condemnation from both sides. Despite their high levels of support for the government’s covid-19 policies, Danes did not appear to resort to blaming and shaming to keep each other in line. In other words, most people followed the advice of the authorities and didn’t take it upon themselves to police others. Indeed, our data shows that the support for government policies was so high that most of those who voted against the governing parties in the last election still thought the government was taking the necessary steps to handle the coronavirus.

This is all true. And with respect to politicizing:

One of the main threats to a collective project is partisan bickering, which often starts among the elites and then trickles down to the broader public. In a prolonged crisis like a pandemic, where the burden on citizens accumulates, public support inevitably decreases over time. But elite polarization can accelerate this development.

Denmark was in a favorable position to deal with a pandemic, as Danish political parties have a rich history of working together. Our surveys show that initially 80 percent of Danes felt their leaders were united against the coronavirus. This unity was shaken twice. In November 2020, the government’s decision to cull all mink in Denmark prompted widespread criticism about the legal and health merits of the decision.

A few months later, in February, the right-wing opposition strongly disagreed with the government about the best road map to reopen society. But after extensive negotiations on both occasions, Denmark’s parties came to a common understanding and feelings of polarization among citizens waned. The Danish opposition prioritized epidemic control over the potential electoral gains that polarization might offer.

This is very good stuff, and spot on. The political polarization of America, coupled with the attendant politicization of virtually everything, has had very real and very serious consequences. Not only that, but as we’ll see, the rot is so deep that even a message like that being offered in this piece can no longer find a receptive audience in America.

But before we get to that, the authors’ concluding paragraphs:

…Our research shows that the social, financial and health burden of the pandemic fuels opposition against the political system. In Denmark, high compliance and support has made restrictions softer and made them seem meaningful, lowering this burden. As a consequence, Danes have suffered less during the pandemic and perceived mass testing and coronavirus passports as tools for protecting each other.

If you’re an American Republican, then everything promoted by Democrats is dishonest, dangerous, or stupid, and Republicans are hardly ever wrong. If you’re an American Democrat, it’s just the opposite. That’s no way to live. It’s untenable. That has to change or the republic will simply collapse. Maybe it’s already collapsing: hard to say.

At this late date, pointing fingers is beside the point. What can be done? I don’t know. I’m not sure anyone knows. I’m sure something can be done, and I’m hopeful something will be done, but I’m damned if I have any idea what.

As an almost perfect example of the problem facing America right now, one only has to read this piece on the Post’s website and then browse the comments, most of which can be paraphrased as:

“Of course Danes can trust their government, they don’t have Republicans.”

“Well, sure, their parties can get along, because they don’t have any Republicans to screw things up.”

“The Danish government can trust its people because none of them are Republicans.”

In other words, the commenters responded to a demonstration of the importance of political comity by amping up their own partisanship and blaming their political opponents for everything.

In his infamous “Daisy” ad from 1964, Lyndon Baines Johnson pronounced the following words over the imagery of a mushroom cloud: “These are the stakes. To make a world in which all of god’s children can live… or to go into the dark. We must either love each other, or we must die.” It was a vicious partisan attack ad (“vote for me or Barry Goldwater will plunge the earth into a nuclear apocalypse”) and it only aired once, but it did its job.

Nevertheless, these are the stakes: to make an America in which people can disagree politically but get along socially, or to go into the dark. Americans must trust each other, or America will die.

And it’s all the goddam Democrats’ fault.