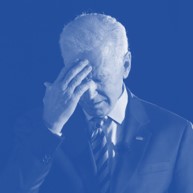 Mikkel Danielsen appears to be waking up to reality over at Berlingske:

There’s no real news in this long article: Biden’s poll numbers have been declining since early August, his Afghanistan fiasco was two months ago, there’s never been any sign at all that he was “getting covid under control,” his massive spending was always inevitably going to produce inflation, his policies were designed to drive energy prices up, the border has been a disaster from day one of his administration, and there was never adequate support for the insane 3.5 trillion dollar omnibus bill on which he staked (and is now trying to unstake) his presidency.

Look at the one silver lining Danielsen finds for Biden in all this: he quotes Democratic pollster Jeff Horwitt as saying, “If the Democrats get the reforms through, it can break the stream of bad news for Joe Biden. From there Joe Biden and the party have to tell the voters every day how their reforms are improving Americans’ lives. Then maybe they can turn the bad mood around.”

Note that Horwitt isn’t saying that Americans will see or feel how their lives have improved: they’ll have to be told. Repeatedly. Daily. Maybe that’s part of the problem. Maybe if you’re spending more than $10,000 for every man, woman, and child in the country, Americans ought to be able to see and feel the difference themselves.

Danielsen says that Republican strategist David Winston is “more cynical” for holding the view that the giant bill won’t help Biden even if it passes precisely because it will take so long for its effects to be felt. (That’s not cynical so much as realistic: cynical would be saying, as I would, that the failure of its effects to be felt immediately probably works to Biden’s advantage.)

He also cites Winston as saying that Joe Biden ran on competence and experience only to be revealed as insecure and untrustworthy by the Afghanistan fiasco. This, he reasons, makes his declining approval numbers even more problematic than normal. (It’s Winston that calls the loss of support among independents “alarming.”)

That’s not entirely true, however: Joe Biden didn’t run on competence or experience. He hardly ran at all. His campaign, the Democratic machine, and their media collaborators packaged him not as a competent and experienced executive, but as Not Trump. (“Stay in the basement, Joe. We’ll let you know when it’s time to come out and talk to some cars.”)

Joe Biden may as well have signed off on all his 2020 campaign ads by saying “I’m not Donald Trump and I approved this message.”

(Or at least “I’m not Donald Trump, I don’t think—at least they tell me I’m not—and they said I should massage this approved.”)

What’s annoying about Danielsen’s piece, and so many pieces like it these days, is that although Biden’s incompetence and failures are often examined, they’re almost always framed in a passive voice: Biden’s always suffering setbacks and never simply screwing up.

“Among voters, a sense is spreading that Joe Biden is incompetent.”

“Berlingske is trying here to explain what went wrong for the president.”

Active voice: Berlingske will explain what the president has done wrong.

“On America’s national day, the 4th of July, Joe Biden gave a speech he shouldn’t have.”

Active voice: Joe Biden lied to the country about Covid on the 4th of July.

“Gasoline prices are the highest in seven years. Food is more expensive and shopping trips cost more than they used to. Inflation has exceeded five percent in recent months, and wages aren’t keeping up. It has de facto become more expensive to be American.”

“As soon as Joe Biden became president, the number of illegal migrants exploded.”

“…the whole Kabul affair left an impression that the Biden administration didn’t have things under control. It was his first big test as president, and he failed.”

Active voice: The Biden administration disgraced itself in Afghanistan.

The article cites poll after poll in which Biden’s numbers are crashing and burning as if public perception of Biden were just some random environmental variable rather than a direct consequence of his own actions.

This doesn’t add up to Joe Biden being “hit by a downturn.” It’s Joe Biden’s bad decisions making a mess of America.

I’ll make point with a parable:

Or you could say: Greg failed because he was a shitty student.

And you’d be right.

It’s encouraging to see that Mikkel Danielsen and his editors may finally be shaking off their Trump-induced hysteria and opening their eyes to reality. It appears to be dawning on them that Joe Biden is a pretty lousy president.

Maybe one of these days they’ll actually summon the courage to say so.