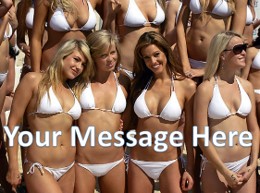 The image accompanying the headline featured a heavily made-up and mostly bare-chested Rock against a wall of blooming flowers.

The article, by Nynne Hein Møller, explains the important social milestone this event portends. The journalist, being a woman, helpfully enlists an expert on masculinity to mansplain its significance to her readers. His name is Kenneth Reinicke, he hails from Roskilde University, and he’s one of the Danish media’s go-to guys on guys.

According to Reinicke: “It’s post-MeToo, and it must no longer be the traditional old male gaze where everything is about asses and breasts. We need to embark on something more experimental that fits in with today’s currents.”

Men aren’t actually interested in women’s “asses and breasts,” that’s just social conditioning, so let’s do them all a favor and give them what the geist of our zeit demands: half naked men. It’s what today’s man should want!

With that in mind, take a look at the context in which this article found itself on DR’s homepage:

The bottom headline is “Now corona travel guidelines are disappearing.” The image DR chose to accompany it features two young women in skimpy bikinis sunning themselves on a beach.

Because of course that was the most relevant and communicative image for that headline. Nothing alerts a reader to a story about government travel policy like an image of young female bodies basking in the sun, especially in this “post-MeToo” era in which “it must no longer be the traditional old male gaze where everything is about asses and breasts.”