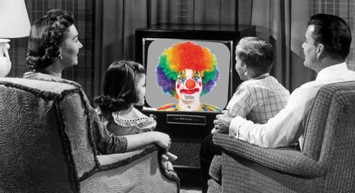 Actual American news has still been pretty hard to come by on the main Danish news media the past 48 hours, with one notable exception that I’ll get to in a moment.

But let’s start with some examples of what little American news has made it into the Danish news stream.

First, a Berlingske story that I thought might be at least slightly critical of Biden, given the headline: “Joe Biden’s press spokeswoman is infected with coronvirus.” In fact it doesn’t seem to be much more than a recitation of the facts as Jen Psaki herself might have spun them, concluding with the following paragraph:

“Biden’s predecessor, Donald Trump, downplayed the seriousness of the virus in the beginning of the pandemic. He himself got infected with covid-19 i the course of his election campaign in 2020. So did several of his colleagues.”

Is it not possible for anyone at Berlingske to write a single story about anything without pivoting to Trump?

If any journalists out there want to clarify what the first sentence of that paragraph is doing in the story, I’m all ears.

Even better, while still ignoring every major story in America (almost all of which reflect horribly on the Biden Administration), Berlingske coughed up this gem:

For Trump it was just a farewell gift to a remote African nation. Now southern Europe risks a winter without heat
Martin Tønner, Berlingske.dk, Nov 1

Donald Trump exchanged American recognition of Moroccan sovereignty over the western Sahara in exchange for Morocco’s recognition of Israel. A miffed Algeria opened up the hate on Morocco, leading to a fossil fuel feud, the consequence of which is that Spain won’t get the natural gas it needs from North Africa to make it through the winter. Because Trump.

Berlingske must have sensed that was a bit of a stretch, because they also published this:

Trump went to a baseball game and made a controversial gesture: supporters cheered and enemies freaked out
Kalink Aaman Agger, Berlingske.dk, Nov 1

Two thoughts: first, it wasn’t “a baseball game,” it was The World Series. Second, it’s a gesture Braves fans have been using for decades.

And a bonus thought: the middle of the article discusses the whole “Let’s Go, Brandon!” phenomenon, which is massive and national and profoundly anti-Biden… and maybe more notable than the fact of a former president playing along with the fans.

And a bonus bonus thought: don’t supporters cheer and enemies freak out every time the Dread Tyrant Trump does anything? Is that even news at this point?

But now let’s get to the exception that proves the rule… beautifully. Here’s what the homepage of TV2 News looked like just a few minutes before I sat down to write this post:

Talk about a clown show!

That’s not a photoshop: it’s a straight up screencap.

Apparently the Christmas Circus bought a full sponsorship of TV2’s home page, just in time for the first massive negative headline about Biden I’ve seen featured so prominently on any Danish media site. (Translation: “Biden appears to be a president in crisis — a simple election on Tuesday can give new worries.”)