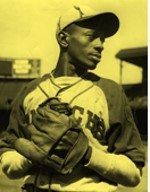 Berlingske has a spectacularly wrong headline up right now:

He used it by mistake.

He made the mistake because, to quote a Stephen Miller tweet cited in Agger’s article, his brain is applesauce.

This is something anyone who was paying attention could see from the moment he began not running for office. And let’s be honest: even at his peak, Joe Biden was never celebrated for his intellect.

In fact, Biden was never celebrated for much of anything. He just stuck around long enough to seem comfortable and familiar, like a couch that had been in the family for three generations. That’s what allowed his handlers to succesfully position him as an unthreatening alternative to Donald Trump. What Biden has always been is a shallow, superficial, narcissistic twit whose only principle has been “What’s in it for Joe Biden?” (And “Gee, Your Hair Smells Terrific.”)

Not racist, just stupid. The context makes it clear that the word negro was appropriate in the sentence he was supposed to deliver, he just bungled it.

Why did he bungle it, Clarisse? First principles! Why?

Because he’s a bungler.

Anyway, negro is not “the n word.”

The United Negro College Fund, for example, is not tuition assistance for future klansmen, but “the nation’s largest and most effective minority education organization.”

No one calls it “The United N-Word College Fund” because negro is not “the n word.”

Most people know what “the n word” is, however, so a headline like this suggests to readers that Joe Biden used that word. Which he didn’t. (In this instance.)

The article helpfully includes a video in which you can watch Biden call Satchel Paige “a great negro.”

Which was a muff. A mulligan. A blunder.

In a sane and sober world, it’s not something anyone would think about twice.

But we don’t live in a sane and sober world: we live in a world with Twitter, and Twitter people, and when someone says or does a stupid thing, our insane and unsober media go running to the delirious Twitter people for reactions, which is like seeking reactions at a pub ten minutes before last call.

In the old days, it was, “I’m here in Tiananmen Square among the protestors, Dan, and the mood is somber.”

Today it’s, “I just surfed Twitter, Dan, and the mood is…”

So Kalinka Aaman Agger wasted no time in getting reactions from Twitter.

The word negro is seen as a harsh insult to blacks, and therefore judgment came down like an avalanche on social media, where the president was shot down. But not by the left, which is normally ready to criticise any use of the n-word.

Instead the debate on Twitter centered on why the president wasn’t being hit by a storm of anger from the left over the use of the word.

First she cites “a user on Twitter,” Mark Lutchman (no relation), who tweeted, “Joe Biden just referred to baseball legend Satchel Page as ‘the great negro at the time.’ Could you imagine if President Trump said something like this?”

Then she cites another user, Zeek Arkham: “Trump used all sorts of innocuous words and phrasing and the left dog-whistled ‘racism’ at each and every single one without cause. Joe Biden says he wants to be like a ‘great negro’ and those same people are going out of their way with the ‘what he really meant was…’ “

Then she cites a Tweet from the “Palmer Report,” which read: “President Biden was clearly referring to Satchel Paige having pitched in the ‘Negro Leagues.’ It’s sad watching these openly racist right wing Trump supporters trying to pretend that Biden is somehow the racist one. They can, and will, go to hell.”

The Palmer report is a nutty leftist conspiracy site. (I didn’t know that, but if even Wikipedia calls you “a hyperpartisan liberal fake news political blog… known for making unsubstantiated or false claims and publishing conspiracy theories” with six footnotes backing it up, I’ll accept the verdict.) Bill Palmer himself, the man behind the Report, is a person of pallor. A white guy.

For what it’s worth, and I love to think that Agger did this knowingly, Mark Lutchman and Zeek Arkham both appear to be black guys. Or, as the Palmer Report would have it, “openly racist right wing Trump supporters” who “can, and will, go to hell.”

(It’s Twitter, and the internet, and it’s 2021, so for all I know Lutchman is a Chinese bot and Arkham is 12-year-old Irish girl and Bill Palmer is Queen Elizabeth’s nom de plume… but that’s a whole nother conversation. Besides, isn’t everybody just whoever the hell they choose to “identify as?”)

From here, Agger moves on to the fact that this episode only adds fuel to the fire of Americans’ increasing doubts about the president’s mental and professional competence. She links to the critical Mikkel Danielsen piece I wrote about in October to back that up, and she notes that multiple outlets reported that Biden fell asleep during COP26 and farted in the presence of British royalty during the same conference.

She concludes “and so the episode is written in as the latest of several embarassing epidsodes for the president.”

But she gives the last word to a Stephen Miller tweet I alluded to earlier:

See if they actually went with this, “Biden forgot to say ‘Negro League’ because his brain is applesauce” I would be okay with that.

I can spin it. It’s okay to say “Negro League”, since it’s the name, right? So he’s fumbling his language and wants to say “the great player from the Negro League” but said what he said instead because he’s old.

So what to we get from all this?

Joe Biden is a dopey old ditz who can’t go a day without saying or doing something awkward, stupid, or uncomfortable.

The media think Twitter is a representation of reality.

Berlingske thinks negro is “the n-word.”

And all of us have been infantilized into saying “the n-word,” even when discussing its usage.

All of those depressing observations aside, I take great cheer in this article: there may be some red-pilling underway at Berlingske.