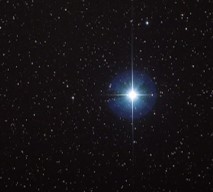 It’s the first day of December, and we woke in darkness to a snow that’s still very lightly falling. Intermittently.

I worked from home today so was able to sip my coffee while watching Youngest make her maiden attack on her Advent calendars at the breakfast table She was giddy: snow in the air, chocolate with breakfast. And tomorrow she’s officially a teenager.

Eldest slept in because she could: she was home from school for the day because a kid in her class was suspected of having contracted the Omicron variant. The school explained it all in a special notice they sent out last night.

Turned out the kid didn’t have it, so the school sent out a notice a little after lunchtime announcing that isolation was canceled and school would resume tomorrow.

Eldest just now told Herself that she doesn’t have school tomorrow.

Herself said nice try, but we’d received a message from the school saying they could and would hold on-site classes again tomorrow.

Eldest: “That was hours ago. This is something new.”

It was announced this afternoon that Prime Minister Mette Frederiksen will be holding a press conference this evening to discuss the pandemic situation. The announcement came within about half an hour of the daily corona numbers being published.

Those numbers say there were more new infections yesterday than on any other day since the pandemic began.

The first day of December in Denmark is always a jarring juxtaposition. It’s inevitably cold and dark and gloomy outside—and frequently wet—but the hygge inside is so thick a person could suffocate.

I used to call the Danish winter a six-month metaphor for death. That was hyperbole, obviously, intended more to amuse than inform my American friends, but it’s a genuinely difficult time of year. I don’t suffer from seasonal affective disorder, or whatever hot new term they’re now calling the perfectly rational reaction to a world that every day gets just a little bit darker, but I don’t like the Danish winter. It reminds me of Bill Murray’s despondent forecast in Groundhog Day: “It’s going to be cold, it’s going to be dark, and it’s going to last you for the rest of your lives.”

My phone dinged while I was writing the previous paragraph. It’s another notice from the school.

“Letter #3,” they call it, which is kind of endearing.

They’re apologizing for having previously informed us (in what we can now call Letter #2) that the kids could break isolation and resume classes tomorrow: in fact, the school has now been informed by some government agency or other that the students should remain in isolation and that classes will not be held on-site tomorrow.

Phone dings again: it’s a text from Herself this time. Sending me a screencap of the student version of Letter #3, apparently forwarded to her from Eldest.

That’s a hell of a way to kick off a 17-year-old’s December.

Eldest is fully vaccinated and has already had covid. So are most of the kids in her class, many of whom have tested positive over the past couple of days, at least some of them, it’s feared, with the Dread Variant Omicron.

You never know what the Prime Minister is going to say in these corona press conferences until after she says it. On March 11, 2020, for example, all the buzz was that she was going to reduce the limit on gatherings from 1000 down to 500. In the event, she effectively shut down the country.

The buzz today is that she’s going to amp up Denmark’s vaccination program, whatever that means. Roughly 80% of the country is fully vaccinated, and the most vulnerable have already had their first boosters… and healthy kids who’ve been vaccinated and already had the virus are catching it like mad.

“Very well: use it harder!”

None of this is what I had intended to write about.

Kalink Aaman Agger has a featured piece in Berlingske today about some unkind things Donald Trump is apparently going to say about the former princess Meghan in an interview with Nigel Farage to be broadcast in the UK this evening. That’s what I wanted to write about. The piece is notable in that there’s no real criticism of Trump in the article: in fact, one gets the feeling Agger is even less a fan of Meghan than she is of the Dread Tyrant. Refreshingly, however, her own particular feelings about both subjects are impossible to discern from the article. It’s almost like actual journalism.

That’s what I wanted to write about.

But it’s so dark and gloomy outside—the snow has turned to rain—and that I think I’d rather let this post be its own thing, whatever species of thing that may be.

In less than an hour we’ll see what the Prime Minister has to say on television. Maybe then we’ll be treated to a Letter #4 from Eldest’s school. Then we’ll have dinner around the flickering Christmas candle, and later in the evening we’ll watch the “Christmas of the Comets” (Kometernes jul), the way we’ve always watched the nightly Christmas Calendar shows. Youngest will munch on pebernødder, those little Danish graham-cracker flavored cookies, while we watch.

Eldest will be stuck alone in her room, of course, since she’s confined to quarters thanks to Letter #3, and she probably won’t watch the “Christmas of the Comets,” but we’ll toss in a couple of pebernødder for her to munch on.

Then when Youngest goes to bed I’ll sneak out to the garage for all the flags and bunting we’ll have to throw all over the house so that she can wake up to a properly festive birthday.

And December will really and truly be underway, and we’ll make it the best one ever, because that’s really the point: the dark and cold are only gloomy if you forget that they’re just there to help you focus on the bright spots.

(Okay, that’s not why they’re there, but I need to wrap this up and that seemed like a nice way to do it.)