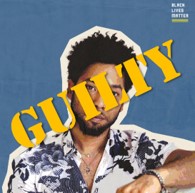 I lived six years of my life in Chicago. I have many friends who still live there. I have some family there.

It’s a one-party town. Has been forever. The last Republican mayor of Chicago left office in 1931.

There are a few Chicago precincts in which Donald Trump outpolled Joe Biden in 2020—the Dread Tyrant took the 20th precinct of the 38th ward by 54% to 45%, for example—but overall, Trump got just 15.83% of the Chicago vote. Four years earlier, in 2016, Trump outpolled Clinton in just 51 of the city’s 2069 precincts.

So when Jussie Smollett reported in 2019 that he’d been attacked in Chicago by a couple of white guys shouting “this is MAGA country,” my reaction was about the same as Dave Chapelle’s: it didn’t make a whole lot of sense to me.

I mean, it was about as likely an event to have happened in Chicago as it would have been in Copenhagen—or Beijing, for that matter. Not an attack: attacks happen all the time in Chicago. Black men in particular are not just attacked but shot to death with appalling regularity in Chicago—almost always by other black men.

But a racist, homophobic attack by a couple of white guys walking around with bleach and a noose, proudly exclaiming their support for Donald Trump?

Not gonna happen in Chicago, or Copehagen, or Beijing, or anywhere outside of someone’s fevered imagination.

Which wasn’t hard to deduce for anyone who firstly had any familiarity with Chicago and secondly had any understanding of how hugely dishonest and malevolent the media have been in inventing the rabid racism of Donald Trump and those who supported him.

I suspect a lot of leftists were also dubious from the start, but they wouldn’t dare say so. All the babbling idiots of our infotainment media colluded in making sure everyone took Smollett’s word for it. Skepticism was not to be tolerated.

The whole thing was a hoax, as anyone with at least half a whit of sense should have known all along.

It’s the kind of story that typically flies under the radar in Danish media, so I was pleasantly surprised to see coverage of the verdict in Berlingske, on DR, on TV2 News, and even in Politiken. The last three just use the Ritzau news service version of the story, but Berlingske let Mikkel Danielsen write it up in more depth, and with a headline for the ages:

The actor is a liar. His insane fraud reveals a truth about our time
Mikkel Danielsen, Berlingske.dk, Dec. 10

(I begin to feel like I’m stalking Danielsen. I’m not. It’s just that lately he seems to be the only Danish journalist writing regularly about America in the outlets I follow.)

The “truth about our time” is something Danielsen pulls from a 2019 John McWhorter piece in The Atlantic: it’s a little thing McWhorter calls “victimhood chic:”

…smart people were claiming that the attack on Smollett was the story of Donald Trump’s America writ small—that it revealed the terrible plight of minority groups today. But the Smollett story, if the “trajectory” (of the Chicago police’s investigation) leads to evidence of fakery, would actually reveal something else modern America is about: victimhood chic. Future historians and anthropologists will find this aspect of early-21st-century America peculiar, intriguing, and sad.

Okay, but not so fast: smart people weren’t claiming the attack was representational of life in Trump’s America. Stupid, mean-spirited little souls were: the nasty, vicious, twisted souls who have somehow become the dominant force in our media and entertainment culture. That’s another thing historians might find peculiar, intriguing, and sad, and ties directly into the larger culture issues I’ve been writing about this week: Anne Applebaum’s distress at the left’s contempt for western civilization, for example, and our declining language standards.

“Why did a vibrant, robust, pluralistic civilization with the highest standard of living hitherto known to man suddenly begin to hate themselves and try to tear themselves apart?”

Hopefully the answer will involve something to the effect of how those broken and deformed spirits were finally defeated, and how western civilization was subsequently able to resume its previous trajectory of creating ever more liberty, wealth, and well-being for its happy citizens.

Danielsen closes by citing a Black Lives Matter “statement” on the Smollett case they had put out the day before the verdict. I’ll deal specifically with the passage extracted by Danielsen, and how he uses it to wrap up his article, but first here’s the BLM statement in full (it’s accompanied with a massive image of the now-convicted Smollett):

As abolitionists, we approach situations of injustice with love and align ourselves with our community. Because we got us. So let’s be clear: we love everybody in our community. It’s not about a trial or a verdict decided in a white supremacist charade, it’s about how we treat our community when corrupt systems are working to devalue their lives. In an abolitionist society, this trial would not be taking place, and our communities would not have to fight and suffer to prove our worth. Instead, we find ourselves, once again, being forced to put our lives and our value in the hands of judges and juries operating in a system that is designed to oppress us, while continuing to face a corrupt and violent police department, which has proven time and again to have no respect for our lives.

In our commitment to abolition, we can never believe police, especially the Chicago Police Department (CPD) over Jussie Smollett, a Black man who has been courageously present, visible, and vocal in the struggle for Black freedom. While policing at-large is an irredeemable institution, CPD is notorious for its long and deep history of corruption, racism, and brutality. From the murders of Fred Hampton and Mark Clark, to the Burge tortures, to the murder of Laquan McDonald and subsequent cover-up, to the hundreds of others killed by Chicago police over the years and the thousands who survived abuse, Chicago police consistently demonstrate that they are among the worst of the worst. Police lie and Chicago police lie especially.

Black Lives Matter will continue to work towards the abolition of police and every unjust system. We will continue to love and protect one another, and wrap our arms around those who do the work to usher in Black freedom and, by extension, freedom for everyone else.

I first of all want to remind anyone who claims to support BLM that this is what you support.

It makes no actual sense, it’s entirely racialist, it’s full of lies, and its purpose is not to bring people together but drive them apart.

Not only that, it’s not even aligned with what black Americans want: polling consistently shows that anywhere from 70 to 85% of black Americans want policing in their neighborhoods to stay at the same level or increase. BLM’s support for abolishing the police is therefore about as popular among black Americans as Donald Trump was as a presidential candidate in Chicago.

Danielsen’s penultimate paragraph cites the line, “We can never believe police, especially the Chicago Police Department (CPD) over Jussie Smollett, a Black man who has been courageously present, visible, and vocal in the struggle for Black freedom.”

He then concludes: “They thereby express their support for a man who, according the court, has grossly—and exclusively for his own gain—abused the struggle for equality and justice that Black Lives Matter and millions of Americans have been fighting the latest years.”

Black Lives Matter has been “fighting for equality and justice” just as fraudulently as Smollett has: stoking division and racial hatred for their own advantage.

Danielsen’s clearly trying to make the same point that a lot of American pundits have also been trying to make: that Smollett’s hoax damages the very causes he claimed to be fighting for. It does that, the reasoning goes, by planting doubts that may bear disbelief the “next time” a real incident like the one he faked takes place.

First of all, that’s absurd: there’ve been so many of these racialist hoaxes over the past few years that anyone who isn’t skeptical of all such reported events simply hasn’t been paying attention: as someone (Glenn Reynolds?) has been saying for years, “demand for hate crimes has so far outstripped supply that they have to be invented.”

Think back to McWhorter’s line: “smart people were claiming that the attack on Smollett was the story of Donald Trump’s America writ small—that it revealed the terrible plight of minority groups today.”

Of course they do.

But don’t hold your breath: being smart people means never having to say you’re sorry.