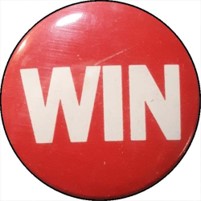 An article published on Bloomberg this past Saturday was widely ridiculed—but for all the wrong reasons.

Entitled For Americans Shocked by Inflation, Argentines Have Some Advice, the article offers a few tips for Americans coping with inflation from Argentines for whom it’s become a way of life.

Number one on the list: “Spend your paycheck right away.”

That’s in bold type, by the way. As a heading. Like this:

Spend Your Paycheck Right Away

That’s the nugget that’s elicited the most ridicule. The Fox News website dedicated an entire article to collecting and sharing some of the mockery.

It’s not such really crazy advice: if your money is being rapidly devalued, holding onto it will be costly. That’s an economic reality. The article makes the point very plainly:

Each day, those $100 on deposit buy a little bit less. As a result, many Argentines spend their paychecks as soon as they receive them, carting away weeks worth of groceries in a single shopping trip, even if some of it—excess meat, chicken, fish—will sit in the freezer for months.

The practical application of this technique in the U.S., where inflation isn’t quite high enough to warrant such a mad pay-day dash, is to expedite plans to buy big-ticket items—appliances, bicycles, furniture. If you have the money to pay for that sofa now, do it.

“Don’t leave your money resting under the couch,” says Federico Pieri, 30, who works in sales in Buenos Aires. “That’s the worst thing you can do.”

It’s actually reasonable: if you’ve been putting off the purchase of a big-ticket item, and if you have some disposable income after your bills have been paid and your living expenses are met, then it’ll be easier to make that big buy now than it will be after inflation devalues your money and raises the price.

The problem, as usual, is in all the ifs.

Most Americans don’t have the option of holding onto much of their paychecks to begin with; fewer still have enough left over to pay cash for big-ticket items.

You’d think financial reporters from Bloomberg would know that between 50 and 75% of Americans already live from paycheck to paycheck. The exact proportion varies depending on where you look for your numbers (try here, here, and here, just for starters) and how you define your terms, but it’s clearly a majority.

If your paycheck is pretty much spent as soon as you get it, then not only is this Argentinian advice unhelpful—it’s irrelevant.

That’s number two: don’t just spend every penny you earn as soon as you earn it: borrow more, so you can spend that too!

Of course, this assumes you’ve got the credit necessary to borrow lots of money, which is something people already living paycheck-to-paycheck may find daunting—but fear not!

If you can get a loan at a rate below inflation—something that’s possible for many Americans today—go for it. Inflation will make it easier to repay the loan in coming months and years.

It’s just like they teach in economic textbooks, says Fernando Iglesias Molli, a coffee shop owner: “Take out money at very low rates. I put myself in debt to buy the best equipment and create business opportunities.”

“Possible for many Americans” is a little deceptive: getting a big, low-interest loan probably isn’t possible for Americans who are living paycheck to paycheck. And even if it were, where would they be getting the money to cover the added expense of loan payments?

And if there were financial institutions lining up to lend all this cheap money to people whose budgets are already stretched to the limit… well, god, I can understand people not remembering what happened in 2008—that was like forever ago—but didn’t anyone at least see The Big Short? It’s not that long. It’s got Brad Pitt.

Low-interest loans are great, and a period of inflation does indeed make any loan cheaper to pay off over the long term, but those monthly payments still need to be made and that’s not something anyone already living paycheck-to-paycheck can handle.

The Argentines apparently anticipated that argument, because their next suggestion tackles it head-on:

“Hey, boss, inflation’s going up, so I’d like a bigger salary.”

Apparently that’s how it works in Argentina:

It’s important to remember, Argentines say, that those old 2% wage increases you were getting each year no longer suffice. Any increase in your paycheck that’s less than the 6.8% inflation rate is effectively a pay cut. Your real wage, as economists call it, is declining.

The article then explains how the unions and companies of Argentina negotiate annual pay raises to keep up with inflation, and whenever inflation outstrips their agreements they tear up the contracts and renegotiate.

“It’s a powerful tool that American workers can take inspiration from,” the article observes, “albeit one that would create angst for policy makers trying to prevent a wage-price spiral.”

Wait, what? Wage-price spiral? Is that a thing? And when did policy makers come into this thing? Do we need to—

Bah: spiral, shmiral! Bloomberg doesn’t want us to worry our pretty little heads over any of this, so they go straight to the next suggestion.

Apparently 50% of Argentina’s government bonds are now tied to inflation. (Only about 10% of America’s are.)

“Try to invest in something that can at least correlate with inflation,” one of the Argentines is quoted as saying.

So after you spend all your money and take on more debt, set some money aside from your monthly raise to finance the loan you’ve taken out to buy some inflation-indexed bonds.

Or, of course, you could:

Talk about news you can use!

If you really want to beat inflation, buy houses and cars. Or any damn thing at all, really:

“Buy things,” says Marcos Lalanne, a 29-year-old lawyer. “There are things that will keep their value with inflation.”

How elegantly it all comes full circle! Remember how they were saying we should spend all our paychecks right away? Well, if we spend those paychecks on things, we kill two birds with one stone… and think how many birds we can kill with all the stones provided by all those raises we’ve got headed our way!

So—quick, everyone: buy a house! Lots of houses! And cars to go with them!

Certainly the whole article deserves ridicule, not because any of its suggestions are particularly bad advice, but because they’re all essentially useless to the majority of Americans. It’s like telling people starving for want of bread that they should just eat cake.

You may have noticed I referenced Gerald Ford’s Whip Inflation Now slogan. Among Ford’s recommendations to Americans: spend less and save more.

But then, he wasn’t an Argentine.

He was a Wolverine.