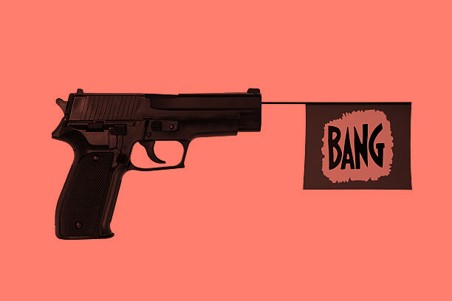 I got a rifle last fall. Nothing fancy: a used Parker Hale 30-06, off the Lauritz auction website.

At this point it’s just a conversation piece because I haven’t yet had a chance to take it out to a range and fire it.

That’s partly because I haven’t had a lot of free time, but there’s another problem: I have no ammo.

And I’m not the only one.

The article opens on a sobering note: “If there’s a war, the military doesn’t have enough ammo in stock to put up a fight.”

Another way of saying that might be, “if there’s a war, we lose.”

It’s hell of a situation to be in.

But according to the article, it’s also nothing new.

An inset tells the story succinctly:

CASE IN POINT: NOT ENOUGH AMMUNITION FOR WAR

Over the past 30 years, the so-called emergency stocks have been rationalized away.

Today’s military does not have enough ammunition in stock to handle a war.

At the same time, the company that until recently was a regular supplier to Denmark has terminated the contract.

There’s high demand in the market and the price of ammunition has therefore risen.

Denmark has bought small and expensive lots here and there, so the hole has now been patched temporarily.

The military therefore recommends that politicians spend money in the next defense agreement to rebuild stockpiles of ammunition.

The key is that NATO and thus Denmark’s defense must act as a deterrent to a possible attacker.

A military force is not a deterrent if it has nothing to shoot with.

The article goes into more detail about how Denmark losts its “regular supplier” (the Spanish company Expal), and how the timing of that loss—in the middle of a pandemic with attendant supply-chain disruptions—has complicated the military’s efforts to secure the ammunition it needs.

It also talks about this being a particularly awkward time to find ourselves with our military pants down, so to speak, what with Russia breathing down the neck of Ukraine and troubles brewing elsewhere around the world.

It concludes with another inset offering an abbreviated history of ammunition in Denmark:

The uncertain world market and the Armed Forces’ slender storage shelves are in a way connected with the small village of Elling near Frederikshavn.

Until last year, the “Ammunition Arsenal” was here. The nation’s ammunition factory, popularly referred to as “The Powder.”

For hundreds of years, the arsenal had been making gunpowder and bullets for the military.

But in 2008, then Minister of Defense Søren Gade (V) decided that the factory should be privatized and sold off. At the time, the assessment was that the military’s supplies of ammunition for many years to come were in safe hands in the private market.

The ammunition arsenal was then sold to Spanish Expal—the very group that last autumn jumped from a framework agreement with the Danish military, so (they) had to make panic purchases on the world market.

The year before, Expal had closed and shut down the factory in Elling.

The inset wraps up with an interesting quote from Lt. Col. Tom Elvius-Bresson of FMI (Forsvaret’s Materiel- og Indkøbsstyrelsen, basically the group in charge of military supplies and purchasing).

He is asked: “As the person in charge of supplying the soldiers with gunpowder and bullets… Wouldn’t it better and safer if the country continued to have its own factory?”

If you’re a country with endless supplies of gin but no tonic and you want a strategic reserve of gin and tonics, you can either opt to purchase pre-mixed G&Ts from foreign suppliers or you can stockpile imported tonic for mixing with your own gin.

The difference is that there will typically be a bigger market of tonic sources to choose from than there will be of premixed G&Ts. That is, raw materials are generally more available from more sources than are finished products.

If we’ve learned one thing from this pandemic, it’s that we don’t want to rely on outside sources and more than we haveto for access to strategic supplies. Remember the jostling for masks, ventilators, and even hand sanitizer at the onset of the pandemic? And later the arguments within the EU over how much vaccine each country should get when supplies were still limited?

Remember how you felt in 2020 upon learning that north of 85% of the world’s antibiotics were manufactured in or depended on raw materials from China? (Maybe you already knew before it caught the world’s attention, but I sure didn’t, and I hope to hell that Top People in Denmark and the U.S. are working hard to ensure that situation gets corrected fast.)

I don’t know which particular raw materials are need to mass-produce bullets and powder, but I would rather be stockpiling vast amounts of them, and producing our own ammo, than relying entirely on producers outside our borders for something as fundamental to our security as the bullets for our soldiers’ guns.

This would enable us to ramp production up and down as necessary. It would allow us quality control over our the manufacture of the ammunition we might one day be relying on to defend our country. Those are not small things.

All that said: is it really wise to advertise the fact that we’re utterly unprepared to defend ourselves?

As the article notes, “a military force is not a deterrent if it has nothing to shoot with.“

But that’s only true if potential enemies know it has nothing to shoot with.

And DR has taken care of that.