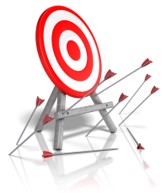 Statens Serum Institut (SSI) works under the authority of the Danish Ministry of Health. Their primary function is, in their own words, “to ensure preparedness against infectious diseases and biological threats as well as control of congenital disorders.”

Their importance and visibility have obviously been elevated in Denmark since the start of 2020.

As I noted last week, they were recently compelled to acknowledge that their covid inpatient admission counts were overstated by roughly 50%—not just in a single night of bad data, or a single week, but since the onset of the pandemic.

Now we learn that of the (already overstated) inpatient admissions reported by SSI from November through December, an awful lot of those were patients who contracted the virus after their admission to the hospital.

Omikron is also spreading in hospitals, and doctors can’t see how infection can be kept out
Kevin Ahrens, DR.dk, Jan 3

I freely acknowledge the difficulty of counting things, and wrote about that when the news first broke about SSI’s erroneous counting last week. I wasn’t being sarcastic: we live in a scattered and constantly changing world in which counting anything other than finite sets of actual physical objects is fraught with complicated ambiguities.

The country’s hospitals are fighting to keep the infection out, but the latest status report from the Statens Serum Institut (SSI) on omikron shows that patients also become infected when they are admitted.

From 21 November to 25 December, 55 of 330 inpatients with omikron tested positive 48 hours or more after being admitted.

So we learned last week that SSI had been over-reporting the count of covid admissions by 50%, by counting admissions with covid as though they were admissions due to covid. Now we hear that for the last six weeks of 2021, more than 15% of the inpatients were only diagnosed with covid two full days after they’d already been admitted.

This is very good news for Denmark.

The current surge of omikron cases was already showing much lower hospitalization rates than we’d been seeing with earlier variants. Then we learned that all metrics had been hugely overstated all along, so the number of people being admitted to hospitals because of covid was dramatically lower than we’d been led to believe. Now we learn that in the midst of the omikron surge, one in eight inpatients with covid actually caught it while in the hospital. Which is to say that for Danes not already admitted as inpatients, the statistical risk of being hospitalized with covid is also dramatically lower than we’d been led to believe.

All of this suggests that omikron is, as we had all hoped and been given reason to believe from South Africa, a very weak virus relative to its predecessor variants. That’s why it’s great news for Denmark.

It’s also great news for those of us who are skeptical of everything our experts have been telling us about everything, because it’s such a wonderfully obvious lesson in how wrong our experts can be.

Let me emphasize: can be.

This doesn’t mean our experts are always wrong. But it’s a very powerful reminder of their fallibility (for those who needed reminding).

It’s a rock-solid argument for why the argument from authority has always been considered a fallacious method of reasoning. (For “fallacious,” feel free to read “stupid.”)

We cannot get better at anything in a world where experts cannot be freely questioned—where skepticism can be silenced with imperious cries of, “listen to the science, O unbelieving peasant!”

Or where skeptics can be banned from public discourse.

Skeptics are every bit as fallible as experts. We’re all made from the same crooked timber. I’m not arguing, and never would argue, that all our experts are always wrong; nor would I argue that every criticism leveled at them is always correct.

The world is full of charlatans and idiots—and we can never lose sight of the fact that any given moment, without even knowing it, we ourselves may be among the charlatans or idiots.

Science is not a religion, but a rebellion: a rebellion against error. It begins with the assumption that we’re ignorant slobs who don’t know anything, and that in our stupidity we cannot declare anything to be true without attacking it from every angle with every tool at our disposal to test it.

If it can withstand such ferocious attacks, then we poor ignorant slobs have found ourselves another truth.

If it cannot, we have spared ourselves another error.

But if we proclaim that this or that truth must not be questioned, or doubted, or tested, then far from being scientific, we’re being primitive and blocking our own way forward.

So kudos to SSI for acknowledging their errors: here’s hoping we’ve learned something from them.