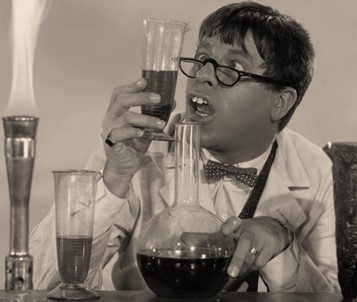 “More precise,” in this case, appears to mean “correct.”

SSI is not improving their accuracy, but correcting their error.

The article in DR references the article in Berlingske that I wrote about the other day (in “On Counting“). Quoth DR:

The announcement comes after the current hospitalization figures were called “misleading” in an article in Berlingske.

Several sources from the Region explained this by saying that the number of inpatients due to corona gives a more accurate picture of how the region should organize its resources in the hospitals.

That’s a 50% overstatement of the numbers by SSI.

Henrik Ullum, the director of SSI, doesn’t seem perturbed at having misled the public for 22 months:

“We can use them to make a sum of how many are coming into our hospitals and pressuring our hospitals,” he says.

We could use them in any number of ways.

What we cannot use them for, however, is understanding how many people were being admitted to our hospitals due to coronavirus, which is how they were being reported.

Here’s a screenshot of the SSI dashboard from about 13:00 on December 30:

None of the numbers related to inpatients (indlæggelser/indlagte) distinguish between inpatients admitted due to corona and those admitted for other reasons who just happen to also be positive for covid.

Ullum is correct that the pressure on the health system is obviously impacted by the count of inpatients whatever the reason they’re admitted for.

But that’s not the purpose of this dashboard. That’s not its context.

So he’s wrong to say these numbers aren’t misleading.

They suggest something that isn’t true. That’s misleading.

And to say they aren’t misleading is itself misleading.

DR gives SSI and Ullum ample opportunity to defend the idea that although the numbers are not accurate, they’re not misleading and that even if they are it’s no big deal.

Because, for example, even if you’re admitted with a broken arm and you happen to have corona but aren’t symptomatic at all, you need to be isolated and therefore require more resources than you would if you didn’t have corona.

But Ullum waves those concerns off. He tells DR that SSI has looked into how big a share of inpatients are represented by those who have corona but were admitted for other reasons.

And as the article has already told us, if you look at the numbers today, it’s about 35%.

That’s significant in itself: the share of “corona inpatients” admitted for reasons other than corona has gone from one in ten to about one in three.

In the end, Ullum blames the reporting mechanism itself for SSI’s use of the “admitted with corona” metric:

In the register where SSI gets the data, it’s only stated how many admitted patients with corona there are, and not why they’re there. SSI doesn’t have access to the patient journals that the Regions do.

“That means that on a day-to-day basis we can’t provide real-time monitoring of exactly why one’s been admitted when one is positive for corona,” he says.

The bottom line is that SSI has been over-reporting corona admissions for 22 months.

Their reports have been driving public opinion and public policy.

And their reports have been wrong.

And they knew it.

But they kept reporting it.

They could have included clarifying texts on their reports.

They could have worked with the Regions to ensure the right data could find its way downstream to the SSI aggregators.

They could have clarified in their public pronouncements that the reported figures didn’t represent what they were being interpreted as by the public—including the government.

And when they finally got called out on it because a Danish journalist actually did his job and reported that the numbers weren’t what they were being sold as, they could have acknowledged their error and promised to improve their reporting.

Instead they mumbled a bunch of excuses, looked around, shuffled their feet, and promised to do better next year.

In what other industry would this be tolerated?

Imagine if a journalist discovered and reported that the stock prices reported on NASDAQ had been overvalued by 10-35% for the past 22 months… and the Chairman of NASDAQ explained that it didn’t really matter, because the trends were being reported correctly, and because NASDAQ was just going off the companies’ reported revenue instead of their profits because that was just as good an indicator of their financial health, and that it was hard to get profit information anyway.

How long you think that guy would last?

“Follow the science!” they keep shouting—and time after time it turns out the “science” has been flawed. Sometimes through innocent error, but much too often on account of deliberate manipulation.

“The science” is very often wrong, especially in new areas, which is why it always has to be questioned over and over and over again from every angle until the doubt and skepticism have burned off every contaminating trace of error, falsehood, and misinterpretation.

Leon Lederman gets to the heart of this concept in The God Particle, quoting Richard Feynman (my emphases):

Our Patron Saint, Richard Feynman, in the essay “What Is Science?” admonished the student: “Learn from science that you must doubt the experts. . . Science is the belief in the ignorance of experts.” And later: “Each generation that discovers something from its experience must pass that on, but it must pass that on with a delicate balance of respect and disrespect, so that the race. . .. does not inflict its errors too rigidly on its youth, but that it does pass on the accumulated wisdom plus the wisdom that it may not be wisdom.”

Anyone prepared to call Richard Feynman a science denier?

All SSI ever had to do was to tell us what their numbers meant. To tell us, as I wrote in that post two days ago, what it is they were counting. To speak with us honestly and, more important, humbly. To say, “this is the information we have, this is what we know, and what we think it means, and why we think that’s what it means.”

HERE IS THE TRUTH AND THOU SHALT HAVE NO OTHER TRUTH BEFORE ME.

This viral pandemic is serious.

The corruption of our scientific class is another pandemic—and probably even more serious.