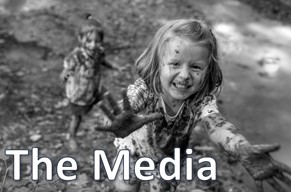 Do you remember the pictures? A year ago wild and angry Trump supporters stormed the American capitol
Angelica Schou-Petersen, DR.dk, Jan 6

One year after the attack on America’s democracy: what’s happened since the storming of the capitol?
Lillian Gjerulf Kretz, DR.dk, Jan 6

Today it’s been one year since the storming of Congress, but for the stormtroopers the case is far from over
Louise Bolvig Hansen, TV2.dk, Jan 6

If we thought last year’s drama in Washington D.C. would get Americans to wake up, we were wrong
Editorial, Politken.dk, Jan 6

See the pictures that no Americans thought they would ever see
Henriette Lind, Politken.dk, Jan 6

A year after the coup attempt, fears lurk that it was only the beginning – Trump is stirring troubled waters
Michael Bjeree, Jyllands-Posten, Jan 6

One year after the attack on Congress: It was only the beginning, because Trump has learned from his mistakes
Martin Burcharth, Information.dk, Jan 6

One year ago today, there was a riot in Washington D.C. Not an attempted coup. Not an insurrection. Not even a terrorist attack. It was a riot.

Not by Democratic standards, mind you. The events of January 6 were taken straight from the Democratic playbook: when you don’t get your way, kick and scream and make a fuss and accuse your opponents of every kind of treachery, injustice, and deviance that you can think of. Get loud, get violent, get crazy. It’s been standard operating procedure for the left since (at least) the 1850s.

It was a riot, and it’s appropriate for the relevant participants to be prosecuted for their violence. (But it is not appropriate that so many were incarcerated for so long on charges of trespassing.)

But all this blather about coups, insurrections, terrorism, and threats to democracy are overheated nonsense.

In October 2018, thousands of protestors stormed the Capitol and the U.S. Supreme Court to protest the nomination of Brett Kavanaugh to the Supreme Court.

Which could easily be rephrased to suggest that thousands of authoritarian insurrectionists sought to interfere with the American justice system.

Remember the headlines about those stormtroopers and the danger they posed to democracy?

Remember all the somber think pieces about where the left was headed with this kind of open revolt against the norms of America’s democratic processes? About the left’s unwillingness to disown the insurrectionists in its midst?

That’s because there weren’t any. Not a single one. Not from the establishment media, in any case.

Not from the very same people and organizations who are now all a-tremble about the future of American democracy because of a one-off riot one year ago. (And who continue to lionize an avowedly Marxist group that organized a whole summer of violent and destructive riots from coast to coast in 2020.)

A little off-topic but worthy of reflection in this context: in the summer of 2020, people used violence to seize control over American neighborhoods. They declared autonomy from the United States and defended their conquered territories with firearms. This happened in several cities, most notably Seattle. No one in the establishment media described those people as insurgents or insurrectionists. There was no talk of treason from our dapper talking heads. There was no rush to reflect on the significance of those hostile, violent, definitionally treasonous acts on the anniversaries of their occurrence. No committees were formed to investigate their causes or funding.

Everything you can read in all of the Danish articles linked above is based on the same premise as all the American articles on which they’re modeled: if Democrats lose control of the federal government, then American democracy is dead.

Imagine how the media would react if some leading conservative said that unless Republicans took back control of the executive and legislative branches then democracy would be dead in America.

I mean the establishment media, obviously: there are in fact alternative media in which such statements have been made, mostly in the fever swamps of the right. But the left has no fever swamps to which their own crazies can be consigned: the left is a fever swamp. The few remaining dissident voices of reason have been forced out.

It’s a dangerous game they’re playing, but only to the extent that anyone takes them at their word.

Fortunately, not many people do. (“Americans’ Trust in Media Dips to Second Lowest on Record,” Gallup, October 2021.)

When you predict outrageous things, there are two possible outcomes: your prediction comes to pass and you’re hailed as a genius, or your prediction turns out to have been wrong and your reputation tanks.

If Republicans take control of Congress this fall, as most sober analysts believe they will, that will be a symptom of normalcy. Nothing could be less unusual than an American president suffering a Congressional reversal in the middle of his first term. It’s business as usual. You could look it up.

A Republican House of Representatives may well attempt to impeach Joe Biden: that would have been abnormal in the past but thanks to the recent Democratic insanity it’s now merely the Boomerang Principle in action.

If Joe Biden ends up a one-term president, that would also be fairly unsurprising. He’s extremely old, as presidents go, and clearly not on top of his game. (I’m being polite.) There are currently plenty of trends that tend to work against incumbent presidents. His approval numbers are descended to depths even the Dread Tyrant Trump never plumbed. And his us-versus-them approach to the virus (he continues to call it “a pandemic of the unvaccinated“) isn’t going to do him any favors with the electorate.

And yet the message from the establishment seems to go something like this: “Donald Trump represents a threat to democracy. We must therefore protect democracy from Donald Trump. Such protection is only possible if Democrats are in control of everything. Democracy is therefore dead if Democrats aren’t in control, and because it is appropriate and right for Democrats to be in control, then if Republicans take power this fall it will be proof of their perfidy.”

You know what’s a threat to democracy?

Which American party is doing more of that?

Enemy of the people indeed.

It is also worth noting that for all the doom-mongering about “insurrection” the number of people charged with treason, sedition, or insurrection is exactly zero. If there was an insurrection, shouldn’t there be someone acting out insurrection? The idiots running around the Capitol building were not wearing masks so it is not as if the DOJ doesn’t know who was there that day.

It is a complete and utter kabuki show.

You’re being unfair to kabuki!