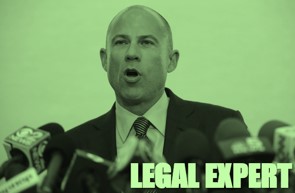 In an article that’s supposed to be about Joe Biden’s address to the nation on January 6, DR proves once again that there’s no Democratic Party talking point they’re unwilling to pass on to the Danish public as a matter of established fact.

The eponymous “correspondent” of the headline is Lillian Kretz, wife of DR’s ace U.S. correspondent Steffen Kretz. The Kretzes’ persistent misrepresentations of America and Americans, on behalf of taxpayer-funded DR, have been well chronicled on this blog.

The idea that yesterday’s speech marked the first time Biden or his administration had leveled an accusation against the Dread Tyrant Trump is a foolish and obvious lie, so the headline sets the tone nicely for the content that follows.

(I will however enthusiastically recommend Glenn Greenwald’s post, “The Histrionics and Melodrama Around 1/6 Are Laughable, but They Serve Several Key Purposes” to anyone interested in yet another merry romp through yesterday’s silliness.)

I just want to focus on one particular passage from this article in DR. It has its own heading, so I suppose it’s one section rather than one passage:

Although the attack on one of the most important democratic institutions in the United States ended a year ago today, the battle for democracy itself is far from over.

According to Lillian Gjerulf Kretz, several legal experts have warned that the attack was the starting shot for certain parts of the Republican leaderships’ battle on America’s democratic ground rules.

“Since Trump launched his ‘big lie,’ a number of Republican states have tried to make it harder to vote. These are restrictions that will greatly affect colored and poor voters who typically vote Democratic,” she says.

One heading and three paragraphs—two of which consist of single sentences. Give credit where it’s due: DR has crammed a gigantic payload of misinformation into a very compact delivery mechanism.

Before I dig in, a quick language note: kamp can be translated as battle, struggle, or even match (in sports). Battle seemed the most appropriate translation in this context, especially alongside repeated use of the word angreb (attack). Also, angreb is both singular and plural.

It’s simply inaccurate to speak of last year’s riot as an attack on democracy, unless one were also willing to characterize all the leftist riots of the last ten, twenty, or hundred years as attacks on democracy. Remember that in October 2020, when the heavily armed “Not Fucking Around Coalition” was descending on Louisville and its leader Grand Master Jay was promising to burn down the city (population 617,000), the Danish media didn’t fret over the perils of that attack: they worried that another group of armed volunteers had assembled to defend the city. It’s an entirely backward way of thinking: going back to the metaphor I used at the time, it champions the arsonists and pillories the firefighters.

The first sentence reiterates the heading’s premise that the riot at the Capitol was “an attack” and doubles down by calling it part of an ongoing “battle for democracy.”

A battle! For democracy! And it’s far from over!

This is supposed to be a news article, remember, not an opinion piece. Not only that, but it’s a taxpayer funded news article. This is your taxpayer-funded news organ telling you Americans are in the midts of a battle for democracy.

That’s more than a little overheated, and it’s no accident. The Biden Administration and the Democratic Congress have nothing else to offer. They’re more unpopular than any administration or Congress of the last half century. They have no policy successes to boast of, and many failures. Inflation has been soaring, we were humiliated in Afghanistan, the southern border is still in crisis, shortages abound, and the administration continues to bungle even simple things. For the love of god, the doddering old Biden couldn’t even manage a meeting with a British royal without farting. They’re facing an electoral wipeout this fall, and the only card they’ve got left to play is, as I noted yesterday, our political opponents want to end democracy!

So that’s what they’re going with.

Which is in itself hardly supportive of democracy—whatever that is. Which is a good question: what does it actually mean to attack democracy? Try and find a definition by which accusing your political opponents of treason isn’t itself just such an attack. Good luck.

The second sentence gives the game away: we’re told that according to Lillian Kretz, it’s “several legal experts” who claim the attack on the Capitol was just the start of a Republican battle against American democracy.

The dishonesty of that sentence is breathtaking in its magnitude.

There are no expletives adequate to express the level of my contempt for this grotesque perversion of journalism.

There are more than 1.3 million lawyers in America, and god knows how many academics who feel entitled to pass themselves off as “legal experts.” Probably at least another few hundred thousand.

Several of them think last year’s riot was an attack and the opening salvo of a larger campaign against democracy.

Can we get their names? Their qualifications? Affiliations? Previous examples of their expertise?

If you think that’s a small thing, remember that the now disgraced, debarred, and imprisoned Michael Avenatti was the go-to “legal expert” of choice among establishment American media outlets back in 2018 (by one count he made 254 television appearances in the year before his troubles began)—and the Washington Post went so far as to inlcude him in their list of the top 15 Democratic presidential contenders back in November 2018.

At the absolute minimum, we ought to be presented with some evidence to support the claim: instead, all we get from DR is the weak tea of the section’s final sentence, a citation from Lillian Kretz: “Since Trump launched his ‘big lie,’ a number of Republican states have tried to make it harder to vote. These are restrictions that will greatly affect colored and poor voters who typically vote Democratic.”

Given its placement, we have to assume that this is supposed to support the claim that Republicans are attacking democracy. How? By working within the law to pass legislation that many legal experts assure us are designed to preserve the integrity of voting in their states—which will indeed make it harder to vote, but only for those who are trying to vote illegally.

See how that works? I don’t even need to refute Kretz on the merits: I can just boomerang right back with my own hand-picked legal experts to offset hers.

It’s a cheap and sleazy way to argue, so although that’s evidently good enough for Lillian Kretz, Maya Nissen, and DR, I’ll go into a little more depth.

For one thing, many of the proposed voting reforms are designed to undo the voting law changes that were rolled out before the 2020 election. Those were sold as being necessary to prevent the 2020 election from becoming a superspreader event.

Every election in American history prior to 2020 was carried out without those reforms, the reversal of which is now apparently tantamount to a war on democracy. Were all previous elections undemocratic? illegitimate? Exclusionary? Unfair? Racist? Are the elections in European countries with even more stringent voting requirements undemocratic?

Kretz would appear to think so. She claims that they will “make it harder to vote” and that this “will greatly affect colored and poor voters.”

She doesn’t say how.

It’s a standard Democratic talking point, but Kretz owes her Danish readers more than the mere parroting of American leftism.

I don’t want to get all bogged down in the specifics of voting laws, however, so I’ll refer anyone interested in deeper exploration to this old (March 2021) post of mine on the “Jim Crow on Steroids” voting laws of Georgia. Also this June 2021 post, and to another post from the same month.

And arguing that any attempt to alter voting laws is an attack on democracy is pretty rich coming from a political party that is actively seeking to alter American election laws by taking control away from the states where the Constitution placed them.

Accusing a former president of holding a “dagger at the throat of democracy” because he insists he lost a rigged election is pretty rich coming from a man, and a party, that spent that former president’s entire term of office insisting he was an illegitimate president (and who even bragged about having “fortified the election” against him after the fact).

Several legal experts told me so.