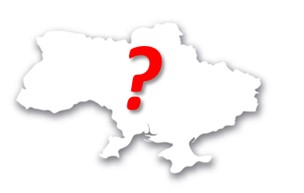 An editorial in today’s Berlingske, signed by Pierre Collignon, is unusually sensible.

Entitled “The west hasn’t lost yet. Let’s wait a little before selling out,” the editorial takes exception to the “realists” and “pragmatists” suggesting that the western powers—the US, the EU, NATO—should promise Russia that Ukraine will never be granted membership in the EU or NATO.

These “realists” are for the most part represented by “conservative author and commentator” Kasper Støvring, whose “realist” views on Ukraine had been published in Berlingske yesterday. We’ll get to his column shortly.

There’s a moral flaw in the argument that Russia is a great power that must be granted a right to decide over other countries’ alliances. The Russians have themselves signed an agreement acknowledging that they have no such right.

With the Helsinki Declaration of 1975 and the cooperation agreement concluded between NATO and Russia in 1997, all signatories promised to respect the right of other countries to decide for themselves whether they want to be neutral or join an alliance. That principle is therefore fundamental to the European security order.

It’s not just an airy ideal that is at stake.

If we accept Putin’s demand to control Ukraine’s alliance relations, we will choose to deprive Ukrainians of the rights that other Europeans enjoy. The picture today is unique. The Russian annexation of the Crimean Peninsula in 2014 and the start of a Russian-backed war in two eastern Ukrainian regions in the same year have made the mood in the country significantly more pro-western.

Opinion polls show that a large majority of Ukrainians outside Crimea and the two Russian-controlled regions dream of their country being able to join both NATO and the EU.

The editorial describes Støvring (as a stand-in for the whole realpolitk crowd) as believing that:

…the West has “forced Russian aggression” by opening up for Ukraine to one day become a member of NATO. That door must be closed again, precisely as Putin demands.

“Today, the West should clearly declare that Ukraine will never become a member of NATO,” Kasper Støvring wrote in an opinion piece published in Berlingske.

He makes some good points: no one in the West wants to send their sons and daughters to die defending Ukraine. Americans would never tolerate a Canadian or Mexican alliance with Russia. Russia’s too poor and weak to pose a significant threat to the world. The real threat to the west is now China, and as rotten as Putin is we certainly don’t want him becoming a Chinese patron.

(Støvring doesn’t mention that the Danish military doesn’t have enough bullets to fight a war, but presumably that falls under his assessment of the EU’s unpreparedness for military conflict.)

And he doesn’t seem to be under any illusions about Russia:

All this in no way denies that Russia is our geopolitical opponent and may even become a potential enemy. The United States is likely to withdraw more from Europe in order to focus its efforts on China, and Europeans must therefore be able to defend themselves. It requires, at minimum, that we comply with NATO commitments and increase our defense budgets. It also requires us to introduce far more nuclear power so that we are not dependent on Russia’s energy supplies.

His conclusion is succinct:

In other words, the West has a strategic interest in allying even with illiberal states like Russia to contain China. Russia also has a long-term interest in it. But instead, with our confrontational line, we are leading Putin directly into the arms of China’s Xi Jinping.

This is by no means an unusual point of view on the right. I’ve heard similar arguments from Tucker Carlson, for example—among quite a few others.

I’m sympathetic to the realists, but I’m not convinced their pragmatism is quite as practical as they think it is. Nor am I convinced the idealists are as principled as they believe themselves to be.

Here as elsewhere—most notably with respect to the endless debates over what to do about the climate, to the extent that debate is allowed—here as elsewhere, what we’re actually confronting are competing priorities.

(It’s kind of refreshing that, for the moment at least, the Ukrainian Question hasn’t yet devolved into a knee-jerk right-left issue. There’s still room for thoughtful debate, even if there doesn’t appear to be a lot of time.)

If we choose peace above all else, we need to frankly acknowledge that we’re throwing Ukraine to the wolves on an uncertain bet (that Russia won’t team up with China). Ukraine is a nation of some 44 million souls. Its western border touches the EU nations of Poland, Slovakia, Hungary and Romania. If we turn our backs on Ukraine, as there are certainly many good reasons for doing, we will earn the generational contempt of the Ukrainian people even as we allow Russian influence to creep much closer to our own eastern borders. If we accept the “practical” and “realistic” Russian argument that it cannot accept a NATO or EU member on its own borders, aren’t we ignoring the obvious argument that the EU and NATO don’t want a Russian client state on their doorstep? And if we agree to deny Ukraine membership in our little clubs as the price of peace, in the name of being realists, do we not also have to be realistic enough to understand the message we will have sent: that we are willing to toss a country of 44 million under the bus in exchange for some peace of mind? What will they think of that in Finland (population 6 million), Estonia (16 million), Latvia (13 million), and Lithuania (5 million)?

(Hint: the Russian news agency TASS reported just in the past hour that “NATO to accept Sweden, Finland very quickly if they decide to join alliance — Stoltenberg.”)

If we succesfully avoid war over Ukraine today by promising to keep them out of Europe, are we confident we won’t be at war over the Baltic states just a few years down the road? All four of them belong to the EU: they won’t be as easily tossed aside.

On the other hand, if we choose the path of idealism, as there are also many good reasons for doing, we need to brace for a war that no one wants and for which Europe is, as usual, totally unprepared. We may not have to fight it, but we would damn sure have to put on a pretty good show that we were willing to. And, really, who’d believe it?

The lose-lose situation in which we find ourselves is a direct consequence of our military weakness and our loss of faith in our own civilization. A strong, healthy, confident West would have nothing to fear from Putin’s Russia—or Xi’s China, for that matter.

But we haven’t had a strong, healthy, confident West in a long, long time.

Now we’re beginning to see the terrible price to be paid for that neglect.

Let’s hope we can afford it.