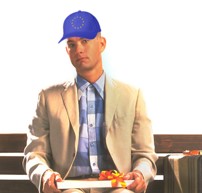 There’s no law saying we have to be stupid but apparently no such law is required.

We can’t help ourselves.

Putin has his hand on the tap, and now Europe is becoming even more dependent on his gas
Simon Kruse, Berlingske.dk, Jan 27

For years, European countries have been talking about dependence on Russian gas, and all the while they have been trying to make plans to prevent Russian rulers from being able to exploit it.

In recent years, Europe’s dependence on imported gas has grown to new heights, and a forthcoming EU decision could exacerbate the problem further, critics say.

Thus, dependence on Russia may become even more pronounced in the midst of a major political crisis in which Moscow has already shown itself willing to use the gas politically.

That’s the assessment from Anders Overvad, who is chief analyst at the think tank Europa.

“This means that we’ve given Russia a tool that can be used to target some of the most vulnerable individuals and groups in Europe. Because they’re the ones who feel it especially hard when energy prices rise,” says Anders Overvad.

Good thing we have think tanks, otherwise we might not realize that making ourselves dependent on a political adversary wasn’t a good idea.

The Russian government said on Thursday that it considered US President Donald Trump’s opposition to the Nord Stream 2 gas pipeline to be anti-competitive. And an attempt to get Europe to buy American gas.

At the ongoing NATO summit in Brussels, the President of the United States opened by saying that Germany is a prisoner of Russia because they are dependent on Russian gas.

At the same time, he opposed the construction of the Nord Stream 2 gas pipeline, which will connect Russia with Germany via the Baltic Sea.

“We have said before that we consider this to be distorting competition,” says Dmitrij Peskov.

He further says according to Reuters that it is seen as an attempt to get Europe to buy more American gas.

At the same time, Nord Stream 2 is described as a 100 percent commercial project, and very few can compete with Russian gas when it comes to price.

The Russian government also far from agrees that Germany should be in Russia’s grip due to gas exports.

“We do not agree with the premise that Germany, as a major buyer of Russian gas, is dependent on Russia. Supplying gas does not make one country dependent on another, but creates a mutual dependence. It is a guarantee of stability and future development,” says Dmitry Peskov according to Reuters.

Ultimately, European customers must decide for themselves where they want to buy their gas, says Dmitry Peskov.

European customers ultimately did choose, and they chose… poorly.

When I say poorly, I mean stupidly.

Think of it: even the world’s stupidest man, the Dread Tyrant Trump, was able to see what a disaster dependence on Russian gas would be for Europe.

And the collective brain trust of Europe was even stupider than Donald Trump. We sided with Russia over America over something vital to our security.

Kruse notes that imported gas has grown from 50% to 80% of Europe’s total usage.

He also notes that European supplies are usually at about 65% of capacity at this time of year, but are now at 50%, “not least due to the fact that the flow of gas from Russia is far below normal. It has been so most of the autumn, while the crisis in Ukraine has escalated.”

The vulnerability is all the more startling in light of the perennial declarations to make the EU less sensitive to possible blackmail from Moscow.

As early as 2006, Russia shut off gas to neighboring Ukraine during a political dispute, and in 2009 the gas war with neighboring countries hit supplies to several EU countries in the middle of winter.

In these weeks, Russia is also making no secret of the fact that the crisis on the border with Ukraine could hit the gas supply to Europe.

It’s reached the point where the EU is expected to vote this week—or in any case “soon”—on granting fossil fuels and nuclear power a temporary “green” classification so we can use them while we wait for the magical fairyland of 100% renewables to provide all our energy needs.

It’s a very EU of way doing things: you set a ridiculous target that has no realistic chance of being achieved, and as evidence begins to mount that your target was unworkable, you simply rename things so they fit.

“I’m going to hang this framed painting on that brick wall with nothing but tape!”

“The tape will never support the weight.”

(Sounds of hammering, grunting, and a final exclamation of triumph.)

“There, see! Hanging safe and sound!”

“That’s because you used nails.”

“Not at all! They were what used to be called two-inch masonry nails, but as everyone knows those have been reclassified as tape. I used tape!”

That was my version. Here’s the EU’s:

The European Commission is planning a decision that, according to critics, will extend the dependence on gas for years to come.

It’s all about an act that’s expected to be tabled in the coming days. It will determine which forms of energy will be considered green investments in the coming years.

It is called “taxonomy” in EU language, and here a string of countries are pushing for both gas and nuclear power to be given the status of green energy for the first time, for a a transitional period.

According to supporters, this is crucial to ensure a gradual transition from fossil to less CO2-heavy energy as coal and oil are phased out in the coming years.

Opponents include a minority of countries, including Denmark, Austria and Spain. In a joint statement from Spain and Denmark, it was stated the other day that the decision will be a “step backwards” that can “endanger the entire energy transition.”

The German coalition government is divided on the issue because Germany also faces having to phase out nuclear power in the short term.

For the kids in the back row: Europe can’t transition to renewable energy at the pace you idiots demanded, nor can they amp up the use of non-green energy sources because you told them that would be bad. So they’re going to declare nuclear energy, coal, oil, gas, and god knows what else “temporarily green.”

Not because they’re stupid, but because we’re stupid.

Because we want our houses heated in winter and cooled in summer, our cars gassed up, and all our devices charged, but we also want all that energy to comes from sunshine, wind, and magic beans.

And when people tell us we can’t have it both ways, we stick our fingers in our ears and say I CAN’T HEAR YOU and tell them if they won’t do what we want it’s only because they’re mean and ugly and horrible and they’re fired.

Which doesn’t provide much incentive for anyone to speak to us intelligently about anything.

Which is why they don’t.

The only lasting solution to the vulnerability is full conversion to green energy, EU Energy Commissioner Kadri Simson said the other day.

The current state of renewables is nowhere near where it would need to be for us to rely on it entirely. And most of our renewable solutions—windmills and solar panels—are not only unable to get anywhere near to fulfilling our energy needs, they also have climate problems of their own. And all of this is only looking at one particular piece of the energy puzzle. We’re also facing problems with our increasing dependence on lithium, which is not at all local and therefore also comes with safety issues, and an entirely different set of problems.

And even if you’re careful to phrase things delicately and take care to avoid any [This sentence violates Twitter’s terms of service and has been deleted.]

So there’s no realistic hope of finding our way out of this until we make a conscious decision to be less stupid.

Which means we’re pretty much stuck.