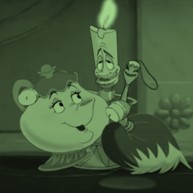 The Omikron variant is running amok in Denmark—there’ve been 30-45 thousand new cases reported every day for the past week or two. It’s utterly unlike the previous waves of the Wuhan virus in that it genuinely seems to be hitting everyone. Colleagues at work disappear for days at a time, the girls have multiple classes canceled every day as teachers go down, what few classes they do have are half-empty as their peers go into isolation. I keep getting SMS alerts informing me that fewer trains than normal are running on our line due to covid-related absenteeism among conductors. Every day brings new emails from clubs and organizations informing me that they’re canceling events or shutting down temporarily due to widespread illness.

It wasn’t a big surprise: the girl she sits next to in school all day every day tested positive on Monday. So did one of her other close friends at school, and (I think) one of the boys she went skating with on Sunday. She’ll be home for a few days, but that hardly matters: school is barely functioning due to teachers being out sick.

Eldest hasn’t caught this variant yet, which is surprising because she’s already caught two previous variants. She’ll be home for the rest of the week anyway, because all but one of her teachers are out with the virus, and that one healthy teacher has (unsurprisingly) opted to teach remotely the rest of the week.

So it’s simultaneously everywhere, and disruptive as hell, but also mostly harmless. People get it, they’re sick for a day or two, then they’re fine. It’s rougher on some people, of course—instead of something comparable to a light cold they get something more akin to a bad flu, and instead of a day or two it knocks them down for up to a week—but that’s a tiny subset of the infected population, they all get better, and there don’t seem to be any of the after-effects that followed previous variants.

And we’re all accustomed to widespread colds and flus every winter: that’s why they call it “cold and flu season.”

With nearly a quarter of a million Danes having tested positive in the last week, the fact that our hospitals aren’t stressed tells the story.

And for once the government has been reading the same story: the Health Minister apparently informed parliament’s epidemiology committee yesterday that the government was prepared to drop all covid restrictions on January 31st. Prime Minister Mette Frederiksen addressed the nation this evening and declared that all restrictions—all of them—will indeed be dropped on February 1.

So it’s time just go on with life and deal with the fact that a nasty bug is going around and people get sick.

The Danish media have been full of excited anticipation for the past day or two, but one particular piece caught my attention. It was just a little blurb I noticed this morning in TV2’s “latest corona news” feed:

The societal concern about coronavirus is declining sharply in the population, and it has been for a month.

That’s how Michael Bang Petersen sees it. He’s a professor at Aarhus University and leader of the HOPE project, which has studied Danes’ behavior during the pandemic.

“But at the same time there is a minority who are worried. As societal concern decreases, so does personal concern. It may be that senior citizens and others in the risk groups are looking at the reopening with a little more concern,” he says.

Michael Bang Petersen expects that the vast majority will now drop the facemasks.

“When the crisis escalates, people tighten up. But they are just as quick to turn things down when things look better. It’s good crisis behavior.”

Why would a professor say such a thing? Why would anyone?

When has our own health and well-being not been our invididual responsibility? When has it not been up to each of us individually to assess our risk tolerances?

Have people fallen under the impression that responsibility for their own welfare is something anyone else could (or would) assume on their behalf?

Whether it’s a pandemic, a fire, a flood, an armed conflict, a terrorist attack, an alien invasion, a zombie apocalypse, or snakes on a plane: you and you alone are the one responsible for your own survival. Even if you choose to entrust your safety to someone else, that’s your choice and the responsibility for the consequences of that choice are yours and yours alone.

Everyone knows this, right? Even professors and journalists?

I mean, if tomorrow you were handed a personal kill switch—a little button that when pressed would cause your instant death—would you ever hand it over to anyone else?

Would you want the responsibility of carrying someone else’s kill switch around?

The answer to those questions would appear to be “yes” for a surprising number of people—and in this case, any number above zero is surprising.

Look at all the heat directed at people who chose not to get vaccinated. They assessed their risks and decided the cons (as they perceived them) outweighed the pros (as they perceived them). For themselves. For the only life on this planet for which they bear total and exclusive responsibility. Fair enough to disagree with their assessments, or to try and persuade them otherwise, but to lash out at them, to try and punish them for a decision they made in the best interest of their own health… ?

Or any other reason: even if someone refuses to get vaccinated because they think the Illuminati have embedded the vaccines with nanotechnology (stolen from aliens) that will allow them to control our thoughts and force us all to become the nudist vegetarian love slaves of the Reptilians—even then, it’s their choice. No one else’s.

If you’re driving a car like hell to flee a tornado, or a wildfire, or the shiny terminator from Terminator 2, but you’re on a street with a 20 mph speed limit, are you going to let yourself be caught by the wind or the flames or the T-1000 just because the “societal assessment” is that you must never drive faster than the posted speed limit? Even if people were going to say mean things about you for speeding? Even if your breakneck speed would raise the likelihood of your getting into an accident in which other people might up getting hurt or killed? Look in the rear-view mirror again before you answer.

You have the right to do what you think you must do to survive. It’s your call, every time. And it is therefore also your responsibility—and no one else’s.

Everyone used to know that. Even professors and journalists.

This pandemic either broke something in a lot of people, or it shined a light on a brokenness that had already been there.

“Assessing what precautions to take” has always been, and always will be, an individual responsibility. That’s not a political opinion, a religious dogma, a scientific hypothesis, or a philosophical theory: it’s a tautology straight from nature.

So here’s hoping that as Denmark returns to normal life on Tuesday, any Danes who’ve been relying on “society” to do their thinking for them these past two years can find their way back to thinking for themselves.

If not, we can probably get the government to force them to.