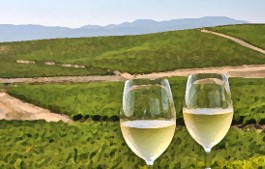 Personal update: Covid appears to have completed its course through our household. The girls are back in school and Herself is up and about, although the virus seems to be lingering with her. And once again I was left untouched as covid struck everyone around me.

One would think that by the time February 2022 rolled around, even an outfit as hopelessly out of step (or maliciously deceptive) as DR would be able to examine the events of 2021 with a sober understanding.

Alas for what one would think.

The “raging culture war” of which Kretz writes was a real phenomenon. It is widely considered responsible for Republican Glenn Youngskin’s electoral victory in Virginia’s gubernatorial election last fall—nearly three months ago to the day.

Youngkin’s victory was largely perceived, on the American right and left, as a repudiation of the idea championed by Youngkin’s Democratic opponent (former governor and Clinton crony Terry McAuliffe) that “parents shouldn’t be telling schools what they should teach.”

Over the course of 2021, American Democrats went from insisting that “critical race theory” (CRT) was a necessary weapon in the war against America’s systemic racism to insisting that CRT was being misrepresented by its racist opponents to insisting it wasn’t being taught in schools.

It is a concept that is used in university studies, and which broadly sees racism as a systemic part of society, where everything from laws to access to education and loans is conceived and designed for the benefit of the white race. The concept has become political fuel in a spreading culture war.

Over 20 states in the United States have either banned or are considering banning or limiting the use of critical race theory in teaching.

Yes, surprisingly enough the idea that everything in America was “designed for the benefit of the white race” has turned out to be polarizing. Go figure.

Parents across the nation appear to object quite strongly to teachers telling their elementary school children that this is so. They also appear to object to dishonest attempts by prominent leftists to describe the racialist ideas of CRT as little more than the teaching of America’s history of slavery.

As a large number of Republican-ruled states now ban the concept, school leaders across the country are just as quick to point out that school children are not being taught critical race theory. So you’re banning something that does not exist, goes the reasoning.

Todd Belt is a professor of political leadership. And he has followed the showdown.

“This is political fuel with no basis in reality. Elementary schools do not teach critical race theory, but it is true that school teachers have been retrained with concepts from there to make teachers more aware of race,” he says.

Belt’s acknowledgment is important, because much of the left’s defense is predicated on semantics.

American parents don’t want their children to be taught that they’re automatically racist if they’re white and helpless victims if they’re black. That’s it. Whether or not such lessons qualify as “being taught CRT” or merely represent the teaching of teachers who have themselves been taught CRT is entirely beside the point: it’s a smoke screen, a cheap diversion, a clumsy and transparent evasion.

Kretz shares the stories of several black Americans from Virginia whose children experienced various forms of racism in their schools, some quite serious and some less so.

“I remember I had a teacher who said that the civil war here in America was not really about slavery. And when I said that to my grandfather, he said, no, that’s not true,” says one.

We need a lot more information to assess whether or not that teacher was making a racist argument: the root causes of the civil war have long been a topic of academic debate, and there have always been scholars arguing that slavery, while important, was secondary to other issues dividing the union as a cause of the civil war. Respectable academics can make the case that changing economic conditions and evolving disputes about states’ rights were the real drivers of the war while still maintaining that slavery was an absolute moral evil that had to be purged from the nation.

But set that aside: it is, as I said, the least serious example.

Kretz then shares some thoughts from a Loudon County mother who describes her position, and that of others like her, as being opposed to racism and also opposed to the racialism being taught to her children.

“Why should children be taught to look at race, rather than just look at another human being?” the woman asks.

And then Kretz reverts to form.

The showdown has led to mistrust and fear on both sides. Alicia Brand says she has been mentioned on a Facebook page that she believes calls her and other parents who are against critical race theory racists.

“I fight for equal education for all children. I do not want us to look at race. But just see each other as equal. I’m anything but a racist. But they, the ‘Chardonnay-Antifa’ as we call them, are trying to smear us,” she says.

American authorities have seen a marked increase in threats and harassment directed at school boards and school teachers across the country. It has prompted Attorney General Merrick Garland to put a special FBI taskforce on the case.

A memo from the Department of Justice in this connection led to great anger among Republicans, who believe parents were being branded as terrorists. This the department (DoJ) has rejected clearly.

That’s all she has to say about the issue.

That’s apparently all taxpayer-funded DR believes Danes need to know about it.

They don’t need to know all the messy details of how the National School Board’s Association (NSBA) wrote a letter to the Attorney General specifically requesting that parents disrupting school board meetings over these issues be investigated as domestic terrorists.

Nor do they need to know how it eventually emerged that the Education Secretary had asked the NSBA to send such a letter.

Nor, of course, need it be mentioned that the NSBA ultimately apologized for the wording of their letter, and that one of the men who signed it was compelled to resign from the association. In fact, six of the board’s nineteen members ultimately resigned. Nineteen states withdrew from membership in the organization. Even the pathologically leftist Washington Post—which DR uses to source their articles with alarming regularity—published the following headline and lede:

National School Boards Association stumbles into politics and is blasted apart.
Its leaders compared aggressive school protests to “domestic terrorism.” The backlash was fast and severe.

But apparently none of that is relevant in Denmark. Danes only need to know that “the department rejected” claims that parents had been branded as terrorists.

But it gets worse: presumably to give a little visual oomph to the article, there’s a photo of a man pinned to the ground by a group of uniformed sheriffs, with the caption “A man is arrested during a school board meeting in Loudoun County in June 2021.”

Neither the caption nor Kretz bothered to inform readers that the man in question was one Scott Smith. His daughter had been raped in a Loudon County school bathroom by a young man in a skirt claiming to be transgender and therefore entitled to use female bathrooms. Smith was disrupting a school board meeting because board members had just been assuring the parents that there had never been a sexual assault in any of the school bathrooms: he accused the school and the board of covering up his own daughter’s rape. Subsequent events revealed that to have been the case: his daughter had been raped by a boy in a skirt, and both the school and the board were aware of it, so their insistence on the safety of school bathrooms was a lie. It’s a sad and terrible story, but Smith was demonstrably correct in believing that his daughter would be denied justice unless he spoke out loudly, forcefully, and disruptively.

I think the Loudon County mother’s phrasing “charadonnay antifa” is evocative. I think what we’re seeing here from Lillian Kretz could aptly be labeled as “chardonnay journalism.” It’s a gentle, easy way to feel morally smug: to elide all messy details and complications and simply hover around reassuring (if entirely inaccurate) generalities.

Her article omits the American government soliciting a national organization’s complicity in labeling American protestors “domestic terrorists,” and it presents the anguished father of a girl whose rape had been covered up by her school and its board as evidence of irrational anger.

So once again, Danes relying on DR for news about America are stupider about the United States after reading the article than they were beforehand.

And thanks in no small part to DR and their dynamic duo of ace American correspondents Lillian and Steffen Kretz, most Danes were pretty stupid about America to begin with.