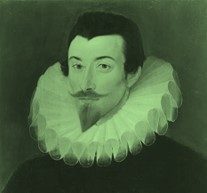 A British poet and inventor named John Harington wrote a couplet in the 16th century that has survived to the modern era:

Treason doth never prosper: what’s the reason?
Why, if it prosper none dare call it treason.

It’s a truth that’s been expressed in a lot of different ways through the centuries; Harington’s version is probably the catchiest because it rhymes.

The underlying truth is that only attempted treachery is punished. Successful treachery isn’t treachery at all, just success.

It’s a morally lax view, obviously—operating in the practical rather than the theoretical sphere—but it’s accuracy is immediately evident to anyone giving it a moment’s thought. Usurpers caught in the attempt had their heads removed from their bodies; successful usurpers had their heads crowned.

Anyone following English-language coverage of American news and politics is by now aware that last week the New York Times acknowledged that the laptop full of politically and perhaps legally incriminating evidence of wrongdoing by Joe Biden and his hapless son Hunter was exactly what it appeared to be all along: a laptop full of bad news for the Bidens.

The Times’s acknowledgment was newsworthy because the New York Times, prominent retired U.S. intelligence officials, the Democratic Party, American establishment media, and social media giants Twitter and Facebook had declared the story of the laptop and its contents to be “Russian misinformation” back in October 2020. That’s when the New York Post published a story about it mere weeks before the presidential election.

The worst misinformation of the 2020 campaign turns out to have been an orchestrated campaign to portray the truth as misinformation and vice-versa. That campaign was carried out by the very people who happen to control more or less everything in America.

In an inversion of Harington’s couplet, corruption prospered because none dared call it corruption.

I wrote about the left’s campaign of disinformation last week (“Truth without Consequences,” March 18), so I’m not going to belabor the whole story here. Instead I want to pick up where I left off because I left off wrongly.

When the story of the laptop broke back in October 2020, Danish media bought the leftist line that it was Russian disinformation and wrote about the ways in which Republicans were trying to weaponize a dubious story against the charming and delightful Joe Biden, the accomplished adult who could tie his own shoes and sometimes even complete whole sentences. Why, those Republicans were basically serving as Russian proxies!

Now that it’s been revealed that the Danish media themselves were gullible dupes, or worse, and that powerful forces in America were engaged in a concerted cover-up of what appears to have been felonious criminal activity by Joe Biden, and what almost certainly was felonious behavior by his son, they’ve got nothing to say.

This is why Danes, who trust their news more than than the people of almost every other nation in the world trust theirs (see for example here), are so badly misinformed about reality in America.

Thanks to the Danish reporting at the time, and the absence of Danish reporting now, the average Dane is left to believe that the story of Hunter Biden’s laptop was fake news, misinformation, a dirty trick, a Russian operation put in play to help the Dread Tyrant Trump beat Joe Biden in the presidential election because “Trump and Putin sittin’ in a tree, K-I-S-S-I-N-G…“

All of which is false, as even the ferociously partisan New York Times has at last been compelled to acknowledge. (Indeed, one of the big questions percolating throughout American conservative circles right now is why the Times felt compelled to make that acknowledgment.)

In defense of this peculiar Danish indifference, one could make the argument that the story was newsworthy for Danes back in October of 2020, as part of the larger story of the American election, but is no longer relevant to Danes because it lacks a larger context.

It’s a weak and weaselly argument (along the lines of a Supreme Court nominee declining to acknowledge that men and women are different because “I’m not a biologist”), but it’s the only justification I can imagine being offered. Is that a failure of imagination on my part? Possibly.

But even that doesn’t pass the smell test. How do you think the media would react if a laptop were found containing incriminating emails about Donald Trump and photos of one of his kids doing drugs and engaging in sex with prostitutes? And if Trump had claimed in a presidential debate that they were the product of a foreign plot against him? And if Trump’s claim had been allowed to slide for a while (which is itself a ludicrous proposition), but the New York Times had finally, just last week, confirmed that all the salacious details about that laptop were true.

Is it possible to imagine the Danish media ignoring that story?

The only problem with that hypothesis, from the media’s point of view, is that even though it fits the facts, it paints a very bleak picture of our media.

Let’s review what we know so far, if only for the kids in the back row:

One day in 2019, a computer repair store in Wilmington, Delaware, assumed legal ownership of a laptop that had been left for repairs when its owner failed to claim it within the allotted time frame. The laptop had been dropped off earlier in 2019.

On examining the contents of the laptop, John Paul Mac Isaac—the owner of the shop—was alarmed enough to contact the FBI, who took possession of the laptop.

Mac Isaac also made a copy of the laptop’s hard drive, which he eventually provided to Rudy Giuiliani’s lawyer, Robert Costello. He claims to have done this because it seemed to him the FBI was sitting on the evidence despite the fact that it appeared to incriminate a man running to be the next American president. Mac Isaac was too naive, alas, to suspect that the FBI might have been sitting on the evidence because it incriminated that man. He assumed (correctly) that Republican partisans would be eager for that evidence to reach the public.

Giuliani turned the copy over to the Post in October 2020, and the Post’s first story about it was published days later.

Less than two weeks later, a former Biden business associate named Tony Bobulinski publicly confirmed that the emails were genuine because he himself had been cc’d on them. He made his electronic devices accessible to law enforcement to verify his claims(which have thus far never been contradicted).

Importantly, neither Joe nor Hunter Biden ever denied that the laptop had belonged to Hunter.

Any reasonable person could therefore conclude by late October of 2020, that whether or not every single thing alleged to have been found on the laptop was legitimate, it was certainly a story worthy of investigation —and that the troubling emails suggesting Joe Biden was profiteering off his office had been sufficiently vetted to warrant serious scrutiny as Americans prepared to vote for their next president.

Instead, a group of 51 former intelligence officials signed a public letter putting forth their own opinion (which they acknowledged was not based on any evidence) that the whole story smacked of Russian misinformation. The leftist establishment—political, media, and technological—used that letter as a justification to suppress the story completely, in a way no American news story before or since ever has been. Twitter even blocked users from sharing links to the story in DMs.

And yet here in March 2022, the New York Times has acknowledged that the laptop did indeed belong to Hunter Biden and that its contents were genuine.

One could therefore argue that if anything the story has more context and relevance now than it did back in 2020—certainly not less. Back then it was a story about the corruption of a couple of men: today it’s a story about corruption so broad and so deep—and so readily apparent—that it strains credulity.

But it’s all true.

The facts were out there for anyone willing to see them. But the intelligence community threw out some insidious insinuations, leftist politicians and the establishment media amplified them, and social media complied by acting as though those lies were truths—and as though the truth was a dangerous lie. And the icing on the cake: Mac Isaac’s business was bankrupted and his life ruined as a consequence of his having brought the corruption to light.

I don’t care where you are on the political spectrum: if you can defend all that, you’re no friend of democracy.

And yet it, as most of us knew back in 2020 and as even the Times tacitly acknowledged last week, all of this happened. It’s all true.

And as far as the Danish media are concerned, it’s also all unimportant.

For the corruption hath succeeded.

So since it brings us back to John Harington, let me remind you that I mentioned he was not just a poet but an inventor.

His most famous invention? The flush toilet.

That’s why we call it a john.

(I swear I just heard Paul Harvey cackling, “and that’s the rest of the story…”)