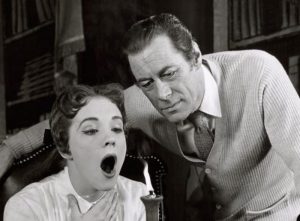 “Women belong in the bedroom and the kitchen, in that order.”

Those quotes are from U.S. tennis legend Bobby Riggs, who thought very little of women’s tennis until Billie Jean King mopped the court with him (6–4, 6–3, 6–3) in a celebrated match on a September afternoon in 1973.

She was 26 years younger than him at the time, a sapling of 29 compared to his 55, but that’s no excuse: she was still a woman.

It’s a shame Riggs died back in 1995, because what a wonderful world it is for men right now.

Sure, you hear a lot of griping from guys about the feminization of this and that, and how men are being squeezed out to make room for more women in this or that profession, and how masculinity itself is being knocked as toxic—but I have to assume that’s all a smoke screen, because these are the glory days of manhood.

Don’t take my word for it: listen to all the women out there.

We’ve got all the power. We make more money. We’re bigger, tougher, stronger. We dominate the STEM fields that drive our civilization. Things we didn’t used to be able to do, like wear dresses and bras and high heels, and marry men and get pregnant, are all within our power now. We get to be the “first women” to hold this or that post. We can get into women’s sports and take all their championships. We can even be the “woman of the year!”

And the beauty of it is, women get nothing in exchange.

It’s the ultimate comeuppance to all those bra-burning feminists of the 70s. Watch them writhe in agony as we men take over all the special little set-asides we’d been gentlemanly enough to provide them. It’s a glory. Bobby Riggs would be a walking erection!

Girls can’t even go to the bathroom without males getting all in their space. They can’t keep us out of women’s shelters—or women’s prisons! They’ve got nowhere to go.

We’re getting teachers in on the act, even female teachers, instructing little boys on how to be girls so they can grow into big proud women who will absolutely own the vagina-bearing bleeders in any sport or physical contest of any kind, can smash through glass ceilings like they were paper, and can snatch up awards and honors that had previously been outside of men’s grasp.

And if they don’t like it? If they have the balls (heh) to call us out as men when we’re stomping all over them as women? We just lash out at them for “misgendering” us and let social media do the rest. There’s even a name we get to call them, TERFs, and there’s nothing they can do about it. Oh, man, it’s genius!

I don’t know what in hell women were thinking in handing it all over to us on a silver platter, but I’m certainly grateful.

Now maybe women will finally drop all that crap about equal rights and equal pay and get back to the kitchens where they belong—at least when they’re not being put to better use in the bedroom.

Oh, Bobby Riggs, if only you had lived to see the day!

Ah yes, the unerring nonsense that our once proud civilization has devolved into.

In the arts, women are much better men that men. To wit, just about every female hero is damn near perfect from the outset, able to beat up big, bad men in a way that would make Arnold envious.

Meanwhile, back in the real world, men pretending to be women are now just plain better at being women than actual women. From Aqua-Ma’am to Caitlin Jenner. And old fashioned feminists must be sitting around shell-shocked at what just happened in the blink of an eye.

The next step, if we are not already there, will no doubt be the public denunciation of confirmed gays and lesbians for being so horrible as to only want to have sex with a particular gender, as defined by <shudder> mere biological parameters. Such utter monsters.

As a straight white male, I am content to lean back and see the other side busy creating new allies for me. Welcome to the party, guys and gals!

We’re already there… and have been for a while

Sigh. Of course. How silly of me.

Memo to self: strike off satire writer as possible fall-back profession.
https://www.youtube.com/watch?v=Pa0GoxAInJQ