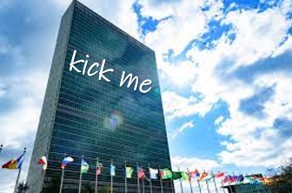 Having been a resident of New York on 9/11, I’ll always think fondly of Rudy Giuliani.

His performance as mayor that day—ironically enough an election day on which his successor was to have been chosen—is surely remembered warmly by everyone else who lived in New York City at the time. Amidst all the confusion and chaos of an almost literal bolt from the blue that threw our lives into chaos—and lower Manhattan into horror—the mayor seemed to be everywhere all the time, saying the things that needed to be said and showing the leadership we needed.

For years the whole nation honored him as “America’s mayor,” an honorific that only passed out of usage when he committed the unpardonable sin of serving as legal counsel to a president the leftist establishment despised.

Ralph Waldo Emerson wrote that “every hero becomes a bore at last” and F. Scott Fitzgerald observed that “there are no second acts in American lives.” Rudy Giuliani confirms both maxims.

I suspect one day Volodomyr Zelensky will also.

Mouritzen’s “analysis” is pretty simple: he thinks Zelensky was using yesterday’s philippic against the UN, delivered to the UN, to fire up Americans who might be described as “UN skeptical.” Mouritzen believes that Zelensky is doing this as part of his ongoing effort to get more concrete assistance from America, NATO, or anyone else with an army at their disposal.

My own “analysis,” posted long, long ago, was that the west was making a strategic error by lionizing Zelensky when they knew deep down they could never get involved in the war: it would end up making them look weak and feckless, which would annoy them, and would require that they eventually toss Zelensky under the bus (along with Ukraine, which they tossed under the bus a long time ago).

We’ve reached the “makes them look weak and feckless” point but we still haven’t reached the “will no one rid us of this troublesome Zelensky?” point.

But when Zelensky criticized the UN Security Council so harshly, it was of course because of two things. In contrast to the UN General Assembly, it’s in the Security Council that the most important decisions are made. And the council is so important that every nation’s head of government sits glued to the screen when there are crucial debates on the program.

And it was there this Tuesday afternoon that the massacres against the civilian population of Butja, a suburb of the Ukrainian capital, Kyiv, are still fresh in memory, and the bombings and murders of civilians in the Ukrainian port city of Mariupol and in other cities continue unabated.

Precisely because the war in Ukraine has most of the world’s attention, Zelenskyj could at least also hope that some of world’s countries most hesitant to take a stand will think twice.

Yeah, he can hope.

But Zelensky’s speech to the UN was also directly addressed to an American public that has often been extremely skeptical of the UN, and who don’t quite understand the value of the huge organization.

Zelensky thus also has a responsive American audience who do not support the United States paying through the nose to maintain the UN system. Former President Donald Trump was critical of the UN.

Joe Biden has previously ruled out sending US troops into Ukraine to come to their aid for the simple reason that he doesn’t want to risk a direct confrontation with Russia.

Mouritzen seems unwilling to entertain even the theoretical possibility that the United Nations might be just as useless as its critics say, even though he himself seems to understand its impotence.

But Zelensky’s prime-time appeal in the United States, where the UN is headquartered, therefore also hits American voters and confirms them in their assement of public enemy number one: Russians, whom they fear and hate.

I’d like to see where Mouritzen is getting his information. I know it’s all the rage to fear and hate Russians right now, but I think on balance the average American voter sees through the hysteria and bears no ill will to Russian citizens who aren’t participating in the invasion of Ukraine. Americans don’t “fear and hate” Russians. This is sloppy stuff.

It was therefore a very wise move to criticize the UN, shout for help, and emphasize that the massacres we’ve been seeing so far in Ukraine are only the beginning of new genocides that the world can do nothing about as things stand now.

On a backdrop of horrific images from Butja, with dead civilians in the streets, he issued an urgent appeal:

“You can do two things. Remove Russia as an aggressor and a source of war from blocking decisions (in the Security Council) about its own aggression, its own war. And then do everything that can establish peace. Or show how you can reformat and really work for peace. Or if your current format is unalterable and there is simply no way out, then the only option would be to dissolve yourself altogether,” said the president.

A pointed rebuke that put things in perspective and simply told a simple story about a people fighting against a superpower while the world passively watches.

(I took the quotation directly from the official Ukrainian government transcript rather than using my own English translation of Mourtizen’s Danish version of the president’s Ukrainian speech.)

By Mouritzen’s lights, it was “very wise” of Zelensky to address the UN by berating it and shaming it and demanding it do something.

It’s like the UN is just standing there with a big “kick me” sign on its back.

Never mind all that, though. Is Mouritzen right? Is Zelensky making a smart play here?

I differ from your run-of-the-mill blogger in that I happen to think that the consequences of a speech matter more than the immediate reaction to the speech. It’s not how good it sounds that matters, but how well it works.

Mourtizen’s assessment seems to be that in lashing out at the UN, Zelensky could actuate greater support in the United States, and that in showcasing the apparent atrocities being committed in his country he could perhaps pick up some support from countries that have been sitting on the fence, like India.

I don’t think Zelensky is interested in “support” that doesn’t bring weapons, ammunition, or supplies to Ukraine, preferably accompanied by soldiers. I think he’s beginning to realize that the west is very genuinely committed to keeping some distance in this relationship, some very clear boundaries. He’d have to be awfully daft not to have noticed that and I don’t think he’s daft at all.

Most likely his showmanship is precisely that: a show. Sure, he’s probably still entertaining some desperate hopes that some nation, somewhere, will eventually succumb to shame and enlist themselves alongside him in a shooting war with Russia. But he’s also fenced into a pretty tight place: a president not only has to do everything can for his country, he has to show that he’s doing everything he can. He has to “leave it all on the field.”

He needs to show his constituents, the people of Ukraine, that he’s willing to move heaven and earth to get some outside military assistance into Ukraine. He needs to show them that there’s nothing he won’t try, that no tactic is beneath him when it comes to preserving the integrity of his nation.

That’s especially important as it becomes increasingly obvious to even the most addle-minded observers that neither America, NATO, nor the European Union are going to do anything that might provoke a Russian military reaction. We’ll let Ukraine burn to the ground before we raise a military finger.

It looks to me like the Ukrainian president is doing everything he can to portray the Russian invasion as something so monstrous and evil that eventually someone, somewhere, is going to be pressured into joining the fray. And you can’t blame the guy: it’s the only play he’s got left. Show the world such horrors that basic human decency insists on its stepping up and doing something, come what may. That’s the Zelensky gambit.

His language will get bleaker and more desperate. The photographs and videos will get grislier. It’s going to be unbearable. Zelensky is going to try and shame us all into war with Russia.

Is there a point where that might work? Who knows? Not me.

Just to be clear, I’m not saying the Russian invasion isn’t as monstrous as Zelensky claims. I’m not a “Russian war crime denier.” (That’ll be a thing soon, just wait. Unless “atrocity denier” is a little catchier.) But I think we need to be very sober and even skeptical in reviewing Ukrainian claims, because in the perverse psychology of the world we’re in right now, Russian atrocities are Ukraine’s only remaining hope.

So I’m not really disagreeing with Mouritzen’s basic premise. I’m just going the extra mile and saying what it actually means:

Volodymyr Zelensky is actively (and from his standpoint rightly) agitating for World War III.

It’s going to take either great courage or great cowardice to avoid it.