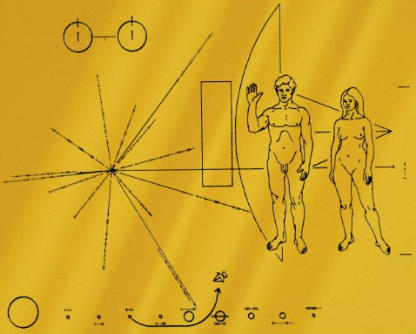 This was the top story on Berlingske.dk this afternoon:

Everything going on in the world, and on Easter weekend, that’s Berlinge’s big splashy headline.

The headline says, “Rei is a nonbinary transsexual and has a question everyone could “benefit” by asking themselves.”

I won’t bother with a spoiler alert, I’ll give you Rei’s question straight up:

Why are you cis-gendered?

Rei elaborates in the article: Why have you made that decision? What’s in it for you?

For most of us it’s not a decision we ever consciously made. I’m confident Rei knows that.

For myself, I’ve been attracted to females ever since I was old enough to recognize the difference (and vive la difference!). I’ve never questioned whether I actually wanted to be male; I’ve never even given much thought to whether I wanted to be human, or sentient, or to have such big feet. Nor have I ever once wondered whether there was a woman’s software encased within my male hardware. In fact, I’ve always been grateful (and a little surprised) that creatures as lovely and enchanting as the women with whom I’ve been together romantically could find a big dopey male like me worthy of their amorous attentions.

The whole boy-girl thing is one of the great mysteries and miracles of being human.

Rei refers to the vast majority of the human race as “cispersoner,” (cispeople) which is apparently the hot new term for people who are comfortable with their biological sex and are attracted to the opposite sex. That is: normal people.

Does it make you uncomfortable that I used the word “normal” to describe people of a particular sexual orientation? Does it make you nervous? Are you afraid I’ve gone off the deep end and joined the legion of haters?

If so, that’s on you. (Although I have to admit, my fingers tensed up for a moment, as though I were about to type something frightful.) For the entire history of the human race, the overwhelming majority of people have “identified” as the body they were born into (which makes a certain amount of sense, since it’s the only one we get) and sought sexual partners of the opposite sex.

That’s not something people aspire to, like being a fire-fighter or an accountant. It’s not a superficiality people adopt, like wardrobe or hair style. It’s something nature has imbued us with. And it’s a damned good thing, because if lots of women weren’t having lots of sex with lots of men we wouldn’t have a species—and consequently wouldn’t be having any of these fascinating conversations. The overwhelming majority of us, including Rei, owe our existence to a penis having repeatedly found its way into a vagina. Not a single human being in the entire history of the world has been produced by two men or two women. Women carry eggs, even if they identify as men. Men are loaded with seeds, even if they identify as women. Conception requires that a seed fertilize an egg. That’s how it works. It’s biology. It’s normality.

What’s happening right now is the denormalization of normality.

Instead of normalizing the unusual, there seems to be a movement afoot to denormalize the most ordinary things in the world.

Women are being called bleeders and birthing people, for example, to avoid offending trans women, who apparently don’t care whether normal women are offended by this cool new lingo. (Typical men, not giving a damn what women think.)

One bleeder was recently confirmed to serve as a justice on America’s Supreme Court even though she was unable to answer the question: what is a woman? She said it would require a biologist to answer such a question. A biologist! Ketanji Brown Jackson knows damn well what a woman is: she was simply afraid to answer because the lunatics are now running the asylum.

Britain’s NHS has a helpful page on their website offering advice about cervical cancer screenings for “trans men who still have a cervix.” Pardon my French, but there’s a fucking word for “trans men with a cervix,” and that word is women. Women have cervices, and uteri, and all sort of other mysterious biological features I know very little about, have trouble spelling, and clearly struggle to pluralize. Men do not. If you’re a “trans man” with a cervix, bless your heart, you’re a woman playing at being a man.

You’re perfectly entitled to do so, and I respect your right to do so, and I wish you no ill—I wish you all the greatest happiness and fulfillment this vale of tears can offer, sincerely, and I understand how difficult your life must be—but you cannot and will not ever persuade me that your decision to call yourself something you manifestly are not, whatever your own feelings on the topic, obliges the rest of the world to adopt your made-up rules for things you can be called.

Sincerely: I don’t care if someone wants to shave their head, get a nose ring, wear androgynous clothing, and declare themselves a non-binary transsexual. As long as they’re not hurting anyone else, more power to them. Be the non-binary superstar you want to be. Fantastic.

Everyone can go right ahead and let their freak flag fly.

Our language is a powerful place to begin; to create change, but also to preserve the culture we are in. In this sense, there is a fierce battle underway in the language. For some, pronouns are also a political positioning, a critique of power and a critique of the old gender stereotypes, to which it is in a way also still attached.

See what she did there? Language is a good place to start changing things while we preserve them. Because we’re simultaneously fighting for change and to keep things the same. So that’s a fierce fight, obviously. Oh and by the way, pronouns are a “critique of power” (what kind of critique? of whose power? toward what end?) and they’re also a critique of the “old gender stereotypes.”

See, the idea that there are two sexes is already “old” and a “stereotype,” despite being so normal we engraved it in solid gold and sent outside of our fucking solar system:

Ah—but did you catch what I did there? Cecilie Nørgaard was talking about gender stereotypes, and I was talking about sex. Gender isn’t the same as sex. That would be the argument, right? (There’s always an argument.) I’ve mixed things up abominably!

So my counter-argument to all this pronoun stuff would be that he/him/his and she/her/hers refer to sex, not gender. Let’s not have fifty-seven goddam pronouns: life is complicated enough already.

We also get this:

As a non-binary trans person, Rei McKay Mansa has an experience of being ascribed motives and agendas.

“You are told that you want to overthrow society, that you want to introduce gender-neutral pronouns for everyone, that you must not say he and she anymore, and that everyone must wear beige clothes and erase all differences. I just want people to have an awareness that there are many variations of gender and identity. It’s an endless color palette from which cispeople can also benefit. And I do not see why people can ideologically oppose that I and others can live full and free lives that truly do not relate to or harm them at all. “

“Inclusion and diversity is not a limited resource, it is an expansion that can accommodate more. If you don’t really mean it, it’s an expression of greed. “

I don’t think people want to overthrow society or introduce gender-neutral pronouns until they tell me they want to. Cecilie Nørgaard seems pretty keyed up for fierce battles and critiques of power and so on: is Rei telling me I can tell Nørgaard to piss off? I hope so.

Also, I don’t “ideologically oppose” anyone living a full and free life, as I hope I’ve already made clear. I don’t know anyone who does. What’s more, I think the people most “ideologically committed” to letting everyone use the words they want and speak the language they want are the free spirits over here on the right. I am in 100% lockstep with Rei’s assertion that there are many variations of gender and identity: I’d go further and that there are many variations of identity as there are people. That’s why I’ve been raging against identity politics for thirty years. People are individuals. We’re all unique. We should all respect one another’s individuality.

Anyone who wants me to address them a particular way and asks nicely, I’m fine with it. It’s like when someone says, “My name is William, but call me Bill,” or “My name’s Elizabeth, but I go by Biddie.” Fine.

“I look like a dude, but I consider myself a woman, so treat me like a woman.”

But anyone who starts laying down rules for how I must address people can get stuffed—because that’s not about language, it’s about power.