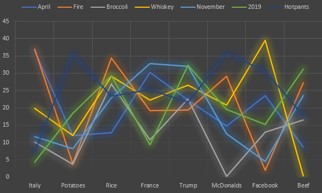 Back when I lived in New York, there were always guys hanging around the entrances to the busier subway stops selling all kinds of junk: pirated CDs and DVDs, scarves, knock-off purses and wallets, cheap sunglasses, the usual kind of flea-market crap.

A lot of them also sold umbrellas. Cheap things, sure to blow apart with the first strong gust, usually priced at three bucks—in dry weather. As soon as rain began to fall, the prices doubled: the vendors would swiftly and shamelessly flip over the little bit of cardboard on which the $3 price had been scribbled in permanent marker to reveal the $6 price scrawled on the back.

Lousy planner that I am, I never paid less than six bucks for an umbrella—although I did sometimes pay more. And sometimes I simply got drenched.

I’ve always considered New York’s street vendors to be valuable educators of economics. If the sight of a New York street vendor flipping his little cardboard sign over at the first hint of rain isn’t enough to make the fundamental laws of supply and demand instantly clear to you, then you’re never going to understand economics.

But maybe you’re better off that way, because we live in a world where the basic and inviolable rules of economics are routinely ignored by the idiots running our governments.

Pelle Dragsted is currently a city councillor in Frederiksberg and former member of parliament for the communist-environmentalist party Enhedslisten.

Confronted with the enterprising New York street vendors I’ve just described, I have absolutely no doubt that Dragsted would be shouting from the rooftops for a rain tax on the sale of umbrellas: “Why should umbrella vendors reap the extra profits made available by rain?”

(Did you hear that? I was my forehead slamming into my desk.)

Dragsted’s opinion column is urging a windfall tax on Danish energy companies, all of whose profits are expected to increase due to the consequences of Russia’s invasion of Ukraine.

A tax on the extraordinary war profits of energy companies would not only be fair, it would also be an economic helping hand to finance a rapid and efficient conversion of our energy supply to renewable energy that can make us energy independent from Russia and other authoritarian states. In addition, a special tax on war profits could finance aid packages for those hardest hit by rising energy prices – old-age pensioners, early retirees, students and other low-income groups. Which is both fair but also necessary to avoid division and social unrest.

Energy companies are making more profit because they’re providing more energy. Unlike our umbrella vendors, however, they’re not increasing their profit margins, they’re just making more profit because they’re taking in more revenue because they’re putting out more product. They’re providing more energy because we’ve belatedly realized that it was a horrible idea to get so much of our energy from Russia. They were sitting there in the sunshine offering their three-dollar umbrellas to anyone who wanted them while you were ranting and raving about the need to eliminate all umbrellas because they were causing too much rain—your proof being that every time umbrellas came out, it rained.

Now it’s pissing rain, the umbrellas still cost only three bucks, but you want to confiscate those “extra” profits (which are just a function of their selling more umbrellas) partly to finance your program to end all rain and partly to help Denmark’s poorest people afford umbrellas.