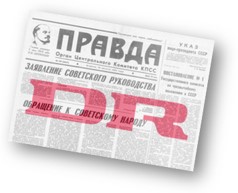 I have to ask this of the DR editorial staff, at least those responsible for coverage of the United States: are they willfully dishonest, or just ignorant?

It went the right way for many years, but crime is now rising in New York
Mads Vestergaard, DR.dk, Apr 14

That’s an article that’s “hooked” to the recent mass shooting in Brooklyn but then purports to examine New York’s baffling rise in crime over recent years.

Birgitte Borup is a foreign editor at Berlingske and has lived in New York herself. According to her, the shooting episode is the culmination of two rising trends in New York in particular.

“This comes on top of a huge increase in crime – both in the New York subway and on the streets,” she says.

Birgitte Borup also points out that the shooting episode comes at a time when New York is already entering a far more insecure phase than has been seen in the last many years.

“There have simply been far more weapons on the streets, many more shootings and shootings in the United States during the pandemic,” she says.

Good old pandemic: what can’t it do?

The corona pandemic is specifically pointed out by many when talking about the rising crime that New York has experienced in recent years.

In 2021, 485 homicides were recorded in New York City—the most in ten years. And more than 1,500 shooting episodes also set a dreary record, as that’s the highest number in 15 years and a doubling from 2019.

“The pandemic created a lot of social problems. There have been more homeless people and an increase in crime, says Birgitte Borup.

Although the pandemic appears to be singing its last verse in New York, crime rates do not appear to be dropping in pace with corona numbers.

That last sentence gives it all away: DR and Birgitte Borup are confident that covid was to blame for the rise in crime, but don’t even pretend to have an explanation for why crime isn’t fading along with covid. Which is what it would be expected to do if the two were in fact related.

Succinct recap of their case: “Crime’s been getting worse in New York because of covid, but now that covid’s going away the crime isn’t.”

No other possible explanation is offered for the crime surge: in fact, the article just goes on to note that Mayor Eric Adams (himself a former cop) is committed to reducing the murder rate. It closes by noting that “At a press conference on Wednesday evening Danish time, New York police announced that they have arrested the suspected perpetrator. This is 62-year-old Frank R. James.”

There are at least two very strange things about the article.

First, embedded within it is the following photograph (this is a screenshot, including the caption as translated by Google Chrome):

This is a story about New York’s rise in crime over the past few years, which it blames on the pandemic—and that’s a picture of a guy being arrested in New York thirty years ago.

Rodney King, for those of you too young or oblivious to remember, was a thug who’d been hauled out of his car and beaten by his arresting officers in Los Angeles; the subsequent acquittal of those officers for that beating (which had been captured on video) instigated the worst rioting Los Angeles had seen the Watts riots of the 1960s. Additional riots and demonstrations popped up all over America.

So that’s the first strange thing: what the hell is that picture doing in the article?

The second strange thing is that no mention is made of the 2020 BLM riots or the “defund the police” movement it spawned—or the actual defunding of the police that occurred in New York under the grotesque mismanagement of Mayor Bill de Blasio. Not a word on any of those topics. Not even a vague allusion.

And if you think that’s because all that “defund the police” nonsense is just a crazy right-wing talking point (in other words, if you believe the crazy left-wing Biden administration talking points), here’s an actual New York congressman—Representative John Katko—to set you straight.

Last week, in my capacity as head of the Homeland Security Committee for Republicans, I went to New York City and had a roundtable discussion with law enforcement at all levels in the area, and it was unbelievable how profound the problems are in New York City, and they were directly attributed to two things. Number one, they defunded the police department in New York City by one sixth, cutting $1 billion from a police department that is charged with protecting the number one terrorist target in the world, New York City. The second thing they told me was that the laws that are being passed like bail reform are hampering their ability to do their job. It’s like one-two punch that has really caused a catastrophic rise in crime rates in New York City.

That was back in June of 2021. Eric Adams had not yet been elected mayor. (But his campaign was well underway—leaning heavily on his law enforcement background to run a strong law and order platform in the face of already soaring crime rates.)

And Ole Puddinhead himself tacitly acknowledged the stupidity and unpopularity of the “Defund” movement in his State of the Union address earlier this year, when he pretended that he and his party were all about funding the police.

So that’s the second strange thing: that New York’s massive cut in policing should go without mention in an article purporting to explore New York’s rising crime.

A 30-year-old picture of white cops arresting a black guy, in an article that’s hooked to a story about a mass-shooting perpetrated by a black suspect (DR doesn’t say so, but Frank R. James is a black man who once posted “O black Jesus, please kill all the whiteys” on social media). And no mention at all of a reduction in policing as a possible contributor to a rise in crime.

I ask again: is DR actively seeking to deceive us, or are they just oblivious?

And in either case, wouldn’t zero reporting about America be better than DR’s constant stream of misinformation?

I thought misinformation was the new Public Threat Number One.