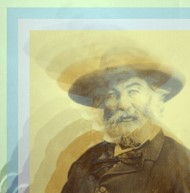 “I am large,” Walt Whitman wrote in a celebrated passage of Song of Myself, “I contain multitudes.”

He was obviously writing figuratively, in a way that most people could (and still do) grasp. After all, the narrator of the poem is I and not We. And the poem ain’t called Song of Myselves, or Song of Our Self.

We all contain multitudes within us, which is one of the reasons the ruthless identitarianism of the left is so toxic. Look at me: I’m a humorist, an essayist, a marketing automation consultant, a father, a husband, an ex-husband, a dog-owner, a commuter, a conservative, a hereditary Jew, an intellectual agnostic, an avid reader, a Pats fan, a playwright, and a whole lot of things Herself would surely add that I’d prefer not to mention. I like rock and jazz and classical music, history and science and fart jokes, eggs benedict and oysters and grilled cheese sandwiches. I’m pathologically organized, but only because I’m so damn lazy that I have to overcompensate just to keep up. That’s just scratching the surface, but it tells you a whole hell of a lot more than “straight, white middle-aged male,” which is the particular pigeonhole to which the identitarians would assign me. Accurate enough, as far as it goes, but absolutely worthless in terms of communicating who I am.

Despite our multitudinous natures, however, we are also all of us individuals. And that’s also glorious: each of us is entirely unique, yes, even identical twins: we are each and every one of us an island unto ourselves. We’re born without precedent and we’re never repeated.

Skin-color and sex and whom we’re sexually attracted to are among the least interesting things about us, and the people who fixate on them are like visitors at the Louvre wandering its halls with their eyes cast downward, counting the planks in the parquet floor.

So here’s a wonderful bit of journalism for anyone who’s still under the impression that we’re not in a timeline co-authored by Salvador Dali and David Lynch:

Based on my intro and the title of that piece, you may think I’ve been building up to a jeremiad against gender neutrality on identification papers. And sure, a little. But what really set me off was someone named D. Ojeda, the “star” of this piece.

Among the new passport applicants is, among others, D. Ojeda, who uses the pronouns “they” and “them” instead of, for example, “he” and “him”.

Ojeda says it’s nice to finally have the government’s acceptance of his gender identity.

“Even my family still doesn’t get it,” says Ojeda.

Understandably: D. Ojeda doesn’t appear to get it either.

Because “it” is the singular, gender-neutral pronoun.

“They” is the plural of “it.” Not an alternative.

If you wish to be gender neutral in “your” pronouns, you have “it” and “its.” Those are the rules of English usage. Asking everyone else in the world to adjust their use of language to suit your preferences is just narcissism.

You may only use “they” and “their” if you wish to be gender neutral and plural. And I will risk the wrath of our insane cultural overlords by positing that if you believe you are neither male nor female and that you yourself are more than one in number, then this a problem for you to work out on your own. Privately.

In this brave new world where people are permitted to identify themselves as neither male nor female on official identification forms, however, it’s impossible to make a tenable logical argument that human beings are inherently singular. (It’s also impossible to make a logically consistent argument that I should not be entitled to declare myself a 5’4″, 98-pound Latino woman with brown eyes and green hair in my passport—or a bowling ball.)

So let’s set logic aside and tackle this whole “these are my pronouns” thing functionally.

The two biological sexes—male and female—are denoted by the pronouns “he” and “she,” respectively.

These people are entitled to feel however they like about themselves. Everyone is entitled to their own ideas about who and what they are. We are all large, we all contain multitudes, yada yada yada.

But it’s stupid and reckless to insist that we reorder society to accommodate pure vanity.

One simple example should suffice.

Imagine a commercial flight whose passengers include several people who identify as gender neutral. Imagine it crashes at take-off. Every passenger is killed, but all of their remains can be accounted for. Most of them have been badly mangled or burned: it is the job of the NTSB inspectors to match every body on the ground to a name on the passenger manifest.

(Am I using the right lingo? I don’t know. Roll with me.)

With hair and make-up burned clean off and clothing either burned away or melted into flesh, the NTSB inspectors are going to need to make their identifications biologically. Which they do. Once they’ve worked through most of the passengers, however, they’re left with a handful who have roughly similar heights and weights but are anatomically a mixed group of males and females.

The passenger manifest identifies all of them as being officially “X”—gender neutral.

Now they have to know the actual biological sex of those passengers to match them up to the biological sex of the corpses they’ve recovered. They need that information, so they’ll probably have to contact the relatives of the deceased neutrals: “Sorry about your loss. Did your loved one have a penis or a vagina? What were their chromosomes?”

And in the ultimate indignity, those loved ones will have to say of the deceased the one thing the deceased never wanted said about them: “Nemo was biologically male.”

Because—and I should lower my voice or shrink my font or something here—because biological sex is an actual thing that each of us has. You can identify as anything you want, but when the flesh is burned off your body, your organs will identify your sex. When your organs are seared from your bones, your skeleton will identify it. It’s reality.

The idea that identification papers should reflect how we feel, rather than what we are, is such an astonishing idiocy that I can only assume we’ve hit peak stupid and can at last begin our descent into barbarism.

(Neo-barbarism, so at least we’ll still have wifi.)

The frustration you feel is understandable and a sign of sanity, but of course you are mistaken in one thing: alas, there is no such thing as peak stupid.

Maybe not… but a guy can hope!