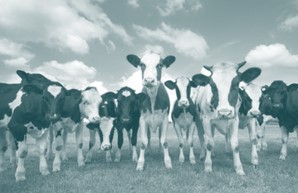 I thought it was old news that we human beings are pack animals, that we’re group-oriented by nature.

According to this article from Berlingske, however, it’s not old news at all. It’s trailblazing new stuff. It’s surprising.

I’m not a psychologist or sociologist, so I can’t claim to be up to speed on the literature, but I seem to have some musty recollections from high school and college psych and soc classes in which the herd mentality of human nature was discussed at length. Those classes took place way back in the twentieth century, however: we were barely out of the bronze age.

I remember hearing or reading about studies like the one where a group of people seated around a table in a conference room had to correctly estimate the length of a six-inch piece of wood or lump of clay or something—except that every person seated around the table except for one (the test subject) was part of the test team, and they were instructed to make much more exaggerated estimates of its size. Almost inevitably, the test subject’s initial estimate would be close to the mark, but would eventually move into alignment with the others’ (grossly incorrect) estimates.

Herself remembers a class in which they viewed The Wave, a movie based on a true story in which a California high school teacher used his understanding of human “herd mentality” (for want to a better phrase) to teach his students how ordinary Germans could have fallen under the spell of Nazism. The movie is from 1981, the events it portrays apparently took place in 1967.

And everyone of every age surely remembers their mother asking them, “…so if your idiot friends jumped off a bridge, you’d jump too?”

Is it just me? Have I slid into a parellel universe where the idea of human beings as pack animals is something new and vital?

Henrik Tingleff is quite sure that it will surprise many.

For he remembers how surprised he himself was when it dawned on him.

The psychologist, who has long worked in a psychologist’s practice, has treated people who were heavily addicted to alcohol, drugs, or gambling. And people with personality disorders who “have seen green men crawl on the walls.”

But those people never surprised him. Neither did their stories.

It’s when he looks at “us who are so-called ordinary and normal” that he finds himself dropping his jaw.

The behaviors of “ordinary” people are both astonishing and steeped in unwise decisions, he believes.

And he sees it everywhere. In the workplace, on the street, on social media.

Group think and herd mentality on social media, you say?

We then get a few examples of the kinds of unwise decisions Tingleff has seen “ordinary people” engage in before we get the dramatic conclusion:

The cause can be explained in three words:

I’m not knocking any of Tingleff’s ideas. They all strike me as sensible. He doesn’t seem insensible himself. And in complete fairness to him, the article points out that he researched his book by diving into a lot of psychological studies, from very recent times, that we “have forgotten to remember.”

“I have gone back and looked at the golden age of psychology, where you were allowed to do some of the most interesting studies—that was before ethics committees and guidelines,” says Henrik Tingleff.

But here are the five of his key facts, which Berlingske actually enumerates first in the article and then as a separate inset text:

The “bonus fact” is the only one I might be willing to challenge, but I’ll cut Tingleff some slack: maybe psychology education doesn’t leave much room for the study of history.

That much said, that list is the social media business model: take our worst herding instincts, add a layer of gamification, and laugh your way to the bank while civilization crumbles around you.

Another psychologist who’s been banging the drum on this kind of thing for a number of years is Jordan Peterson. It’s earned him great renown and great opposition, which is almost painfully ironic when you consider that so much of his teaching relates to the idea of our pack nature. (What Tingleff describes as “belief in authority” is attributed by Peterson to the wiring of the human brain stem, which recognizes and reacts to social hierarchies—a journalist’s misunderstanding of that concept led to the internet meme, “So what you’re saying is, we’re lobsters?”)

Naturally enough, even in a short article about a book on psychology, the Dread Tyrant Trump makes an appearance:

(Tingleff) could see that, too, when Donald Trump supporters stormed Congress.

“I don’t think all the people who were there were Proud Boys or QAnon supporters. It was also Jim, John, and Jennifer from Fort Wayne, Indiana, who’d piled into their pick-up truck because they were Republicans by heart. They were gripped by the de-individualization and the herd mentality that existed.”

Are you postulating that anyone could become a part of it?

“Yes, I postulate that everyone could be a part of it. Far more of us than we expect could become part of a storming of Congress and compromise far more of our values ​​than we think. For we just become someone else when we’re surrounded by the herd. I’d never shout what I shout (at other people in the stands at soccer matches) anywhere else.”

I don’t disagree with any of that, although I find it telling that Tingleff casts “Jim, John, and Jennifer” as a bunch of Hoosiers with a pick-up truck.

But running to the “storming of Congress” for an example is itself a kind of herd instinct.

I’d like to hear from a psychologist with the balls to turn his gaze toward the left, where the herd has been stampeding for years. I’d like to see someone explore how many of the current hot-button issues that weren’t even issues a few short years ago became tokens or emblems of belonging to the left.

Men can menstruate and get pregnant. A woman can have a penis. America is systemically racist. Kindergarteners need to learn about sex. There’s a holocaust in America of cops shooting unarmed blacks. Sanctions are deterrents (until they’re not, at which point nobody ever said they were). Truckers protesting forced medical treatment are transphobic insurrectionists who deserve to have their bank accounts frozen. Democracy requires censorship. Russia manipulated the 2016 election so that Donald Trump could win. All white people are racists. If we don’t drop all the bullshit and get serious about climate change right now human life will be unsustainable by the year 2000 2005 2010 2015 2020 2030. You have to get vaccinated so that people who are vaccinated aren’t at risk of being infected by the unvaccinated. Trump told people to inject themselves with bleach. Joe Biden isn’t suffering cognitive decline. Requiring identification to vote is just like Jim Crow—on steroids.

They’re the pieties one must murmur for acceptance into the in-group.

The act of recitation reinforces the villainy of the other—the awful insurrectionists, the men and women who came within inches of toppling one of the most powerful governments in the world by throwing a temper tantrum around and within a government building. We know that’s true because the authorities say so. And the angrier we get about January 6th, by god, the more outraged, the more incensed, the more we’ll be respected by the others in our group. And if, by chance, a few entirely innocent Americans had to spend a year or two in jail awaiting trial on charges of trespassing—well, maybe that’s a bit much, but it’s not like anyone forced them to get mixed up with all the real insurrectionists. Who will surely be caught and tried for insurrection one of these days. Probably.

Tingleff is onto something. So is Jordan Peterson. Pack instincts are built into us: as both Tingleff and Peterson point out, each in his own way, we can’t overcome them: they’re too intrinsic to who we are. We can no more overcome our pack instincts than we can “overcome” thirst or hunger or sleepiness.

Crowds are intoxicating. Like whiskey. Which is why we need to watch how much we drink, and how deeply embedded we are in the crowd.

And not just literally.

That’s a hell of a problem and I haven’t heard a single soul offer a way out.