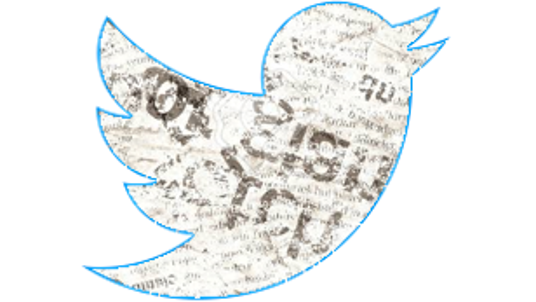 That seems to be consensus elite opinion right now.

Leftists used to be champions of free speech. Everyone did.

It was something we took for granted in the west.

“I disapprove of what you say,” everyone was always saying, “but I will defend to the death your right to say it.”

When today’s western elites disapprove of what you say, however, they will fight to the death to have you silenced.

Because hate has no home here. And we mustn’t let anyone feel unsafe. And fake news and misinformation and conspiracy theories jeopardize democracy.

You know what jeopardizes democracy?

It doesn’t just jeopardize democracy: it jeopardizes everything: without the free exchange of ideas, the wheels of progress quickly grind to a halt.

“But no one’s arguing against the free exchange of ideas,” our censorious friends assure us. “In fact, we’re facilitating an even freer exchange of even better ideas by filtering out all the distracting noise generated by nonsense, lies, distortions, and the kind of ugly language that offends people so strongly they withdraw from discussion.”

We certainly would enjoy a freer exchange of ideas if we could get rid of all the nonsense cluttering the public conversation, so this sounds like a very logical and appealing idea.

But it’s monstrous and tyrannical.

If you’re going to purge discussion of all nonsense, you’ll need an infallible guide to identify the nonsense and separate the good ideas from the bad.

Anyone got one of those lying around?

Anyone know where we can find one?

Seriously: in this world today, among people as they are, where do we find our infallible central scrutinizer? Whom can we trust—all of us, on the right and the left and everywhere in between, the poets and the mechanics, the teachers and the surgeons, the priests and rabbis and imams—whom can we all trust to be entirely correct about absolutely everything?

The answer is obvious: no one.

“Of course not,” our censorious friends will sigh, “that’s why it needs to be done by groups, big and inclusive groups, that can accommodate every point of view.”

Anyone familiar with the human race must realize, however, that there’s only one group large enough to accommodate every point of view: the group of everyone.

And that’s what free speech is: the right to let everyone monitor the speech of everyone else.

I lay all this out as prologue to a signed editorial in today’s Berlingske:

Lede: “Let’s dial down the doomsday bells. Elon Musk’s takeover of Twitter does not have to be a disaster for the democratic conversation. We can have healthy competition between tech platforms for the approach to content control.”

I’ll quote the opening in full:

The world’s richest man wants to buy one of the world’s most influential tech platforms, and the reactions are quite harsh.

Tesla founder Elon Musk is behaving like a “supervillain” if he buys Twitter, they say. He wants to abolish all forms of editorial control so that “all reason will disappear,” as US expert and former Social Democratic parliamentary candidate David Trads recently wrote. There will only be Trump and Russian propaganda left.

The concern is most pronounced on the American left, while right-wing Americans, in turn, welcome the fact that Elon Musk, with a stated goal of fighting for a more free debate on social media, will move fence posts for free speech in the United States.

That’s pretty sweet stuff, coming from Berlingske. They’re actually saying out loud that the left is freaking out in opposition to something that the right is merely celebrating because the right welcomes a “more free debate.” Which is true. It’s a wonderfully refreshing change of pace from Berlingske’s usual castigation of the American right on behalf of the American left.

My elation was, alas, short-lived.

The editorial immediately pirhouettes to point out that Musk himself has a history of saying yucky things on Twitter “so it’s not exactly a defender of respectful tone we’re getting at the helm of Twitter, but there are several factors that will limit his ability to let go and abolish all content control.”

Well thank goodness for that!

The EU has just adopted a new law on digital services , which will force both major social media and search engines to report on how they combat calls for violence, racism and manipulation, which can affect democratic elections. If Twitter does not comply with those rules, the EU could threaten giant fines of up to six percent of the company’s global revenue.

Manipulation which can affect democratic elections, you say?

Like, for example, squashing a true story and perpetrating a falsehood to enable a feeble old dotard to win the American presidency?

Or do you have some other example in mind?

Ever the upright conservative, Collignon, as author of the editorial, makes a quick bow to “market forces” probably restraining just how “free” Twitter can ever actually be, in a paragraph that wraps up with this absolute jewel:

Transformed into an unfiltered sewer?

But it’s only one type of sewage, allowed to flow in only one direction.

The editorial notes that Musk has in fact promised to open up some of Twitter’s content management algorithms and to make it easier and more effective for users to appeal any censored content.

Therefore some of the alarmism may turn out to be exaggerated, and we may instead get a much-needed more liberal bid on how political messages and other content will be filtered. Today, the largest platforms in the United States are in sharp agreement on the line: No one wants to let former President Donald Trump aboard, and censorship often strikes at legitimate debates on everything from covid-19 to immigration.

That is not healthy. It’s not so much Twitter that should exclude Donald Trump—the Republican Party itself should take care of that.

A democracy must also be able to accommodate extreme views, and social media can help to ensure this.

The dig at Trump is, I’m sure, purely reflexive—or maybe it’s just anticipating the many Berlingske readers who would object to any editorial touching on anything remotely to do with America that did not take a swipe at the Dread Tyrant—so I’ll let that slide.

And there’s a lot to like about this editorial. Collignon hits a lot of nails right on the head, especially with the last sentence.

But what is he actually saying? “A democracy must be able to accommodate extreme views, old sport, of course, of course, but we’ve got to keep the sewage out.”

How ya gonna pull that one off, Pierre?

What board of Infallible Experts is the EU going to appoint to its Board of Things That Can Affect Democratic Elections (In Ways We Don’t Want Them Affected)?

No, wait, I know! We’ll have them appointed by a Board of Infallible Board Appointers!

Here’s a hard ugly truth: the world is full of hard ugly people with hard ugly ideas. A lot of them happen to think that I myself am a hard ugly person and that my ideas, these precious pearls, are hard ugly stones.

The minute we start saying “that particular word or phrase or idea is beyond the pale and cannot be tolerated” is the minute we lay our hands on the neck of our fair civilization and begin to squeeze.

The impulse toward censorship—sorry, “content controls”—is an idea that can’t be fought by half-measures.

Either everyone’s speech is free, or no one’s is.