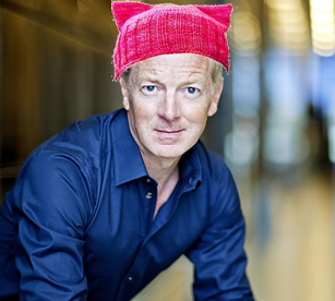 Most of the men and women in our establishment media are bad with numbers.

Which is bad for those of us who rely on them to shape our understanding of the world we live in.

Fortunately that’s a rapidly declining demographic: as Ole Puddinhead himself told a couple of thousand media professionals at the (usually) annual White House Correspondents dinner on Saturday, “I’m really excited to be here tonight with the only group of Americans with a lower approval rating than I have.”

The already troublesome innumeracy of the media is made even worse by their activism: they use bad math to support and promote their bad ideas.

We get a textbook case study on this phenomenon from DR’s ace correspondent Steffen Kretz.

A revolt against the stockbrokers’ monopoly on stocks in the US is underway, and Danish Jannick is leading the way
Ace USA Correspondent Steffen Kretz, DR.dk, May 1

A revolt! Against a monopoly! Led by a Dane!

This particular story is a variant of the old “local boy does good” template: Jannick Malling, a Dane, has started a stock-trading app in America “to democratize the stock market by making it accessible to everyone, no matter how little money one has to invest.”

It’s not really a novel idea for an app: as Kretz notes, it’s “part of a wave of new investment apps.”

The popular Robinhood app, which was designed to “provide everyone with access to the financial markets, not just the wealthy,” was launched in 2013, so it’s hard to see how Malling’s Public app is “leading the way.”

But it’s the only stock market investment app in America being run by a Dane, so fair enough: we can still get a “local boy does good” story out of this.

Except the entire premise of the article is based on bad numbers.

Ten paragraphs later, Kretz writes: “In the United States, the richest ten percent of Americans own over 90 percent of all stocks, and the traditional investor has been a white, middle-aged man.”

That’s twice in a single, relatively short article that Kretz drops the same stat on his readers.

Whether out of ignorance or malice, Kretz is misrepresenting the numbers.

Overall, about 80% of all publicly traded stocks in America are owned by institutional investors, on behalf of American citizens whose ownership comes mostly in the form of pension funds and retirement accounts.

The metric Kretz keeps leaning on has to do with stocks owned by households. That is, the 20% of publicly traded stocks that aren’t owned by the institutional investors.

What’s more, as recently as last year Gallup found that 56% of American adults own stocks. You don’t have to be a math whiz to realize that 56% represents a majority. So it’s not like the peasants and serfs of America don’t have access to the stock market: they simply don’t have as much money at stake as the richest 10%.

Which ought to be obvious: the rich, after all, have more money.

So, to recap: The wealthiest 10% of Americans do not own 90% of its publicly traded stocks. And 56% of Americans already own stocks (and almost all Americans have money in the market in the form of their institutional pension and retirement funds). Also, Jannick Malling’s company is just one of many consumer investment tools on the market—and it was founded five years after the market leader launched with an almost identical mission statement.

Does any of that matter?

This is Steffen Kretz and DR pushing the idea of America’s financially oppressed proletariat throwing off its chains to take its place alongside the Wall Street fat cats who’ve been keeping the peasants down.

They’re using bad math and the divisive language of class warfare to tell a story that would much more accurately be framed as the classic tale of an immigrant going to America and building his dream.

Instead of telling their Danish readers that the American dream is alive and well and exemplified by local boy Jannick Malling, however, Kretz and DR make it seem as though the American peasantry were groaning under the weight of the repressive American financial system—until the noble Jannick Malling rode up on his white steed to lead them on to glorious revolution.

DR really is Pravda on Amager.