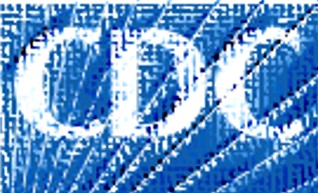 With all the monkeypox headlines banging around in the news lately, I took a moment yesterday to go to the Centers for Disease Control (CDC) website and see what they had to say about it.

What I found was so bizarre that I took a screencap of the page because I certainly hope it will be changed very swiftly (the dark blue highlight is mine):

That may be tough to read on your device, but the highlighted portion says “It’s not clear how people in those clusters were exposed to monkeypox but cases include people who self-identify as men who have sex with men.”

That’s what it says.

I ordinarily like to work through my arguments before announcing my conclusion, but in this particular case I’d like to begin with my conclusion: the CDC doesn’t care about your health. Yours, or mine, or anyone’s. What they care about is seeming to care.

If they actually did care, they’d do everything in their power to keep their communications clear, concise, and comprehensible.

(If they weren’t worried or concerned about something, they wouldn’t bother adding a special monkeypox update page to their website.)

Their nonsense phrasing makes it impossible to know what is they’re trying to warn us about, which makes them incompetent at disease control and contemptuous of whatever population they’re trying so hard (I almost said “bending over backwards”) not to offend.

Contemptuous, say I, because they’re like, “look at us, see how good we are at using all the correct woke language? can’t you see how much we love you wonderful members of the [???] community?” But at the same time, they’re jeopardizing the lives of those very same people by making it impossible to understand what they’re actually saying.

Imagine, if you will, that your house is on fire. Hugely. You have a very young child who sleeps in her own bedroom. She’s a lovely girl but she’s got a couple of quirks: she’s very fond of her privacy and she gets wildly upset if you wake her up before she’s done sleeping.

Are you going to knock gently on her door, slowly and patiently, and then tiptoe in to her room, kneel down beside her bed, and wake her by oh-so-gently stroking her hair and murmuring reassurances so as not to jolt her?

Or are you going to barge into her room, scoop her out of bed, and carry her out of the house—which, you may recall, is on fire?

She may get upset, and frightened, and angry—but isn’t better to have an angry and frightened child than one who’s been reduced to ash and cinders?

The conclusion out of the way, let’s take a good hard look at its supporting arguments.

First, let’s refresh our memories: cases include people who self-identify as men who have sex with men.

First, this is a medical issue—a disease. What does anyone’s “identity” have to do with it?

“Identity” has nothing to do with medicine. Women who “identify” as men can get cervical cancer; men who “identify” as women can get testicular cancer. Cancer doesn’t care how you identify: nor do covid, monkeypox, measles, or poisonous snakes. No biological process does, because “identity” is not biological. It’s make believe. As someone else recently noted out their on the intertubes, when you say “I identify as” what you mean is “I pretend to be.”

But we came to explore the wreck, so let’s press onward.

There are obvious medical implications: “people who identify as men” is not the same set of human beings as “people who are men.” Here’s a Venn diagram to make that stupefyingly obvious point:

When an ostenisbly medical organization says “people who identify as men” instead of “men,” we have to assume they are deliberately including the tiny fraction of the biologically female population (or, as they used to be known, “women”) who identify as men.

We also have to assume the possession of a vagina is no disqualification: otherwise, we would expect a medical organization to say “people who have penises.”

If we’re talking about the second interpretation—”I identify as the kind of man who has sex with men”—then we’re including women who merely think of themselves as homosexual men. (And presumably act on it: that is, women with vaginas who have sex with men while play-acting maleness.)

Don’t look at me like that, I’m just the messenger. It’s the CDC’s logic, not mine.

And yet—if it’s just the sex act enabling transmission of monkeypox, why bring up anything else at all? Why talk about men and “identity” at all? Why not just say, “the group includes people who had sex”?

Taking all of that into consideration, the wording of the CDC alert could be interpreted as an attempt to suggest the existence of an elevated monkeypox risk for any of the following groups:

At the end of the day, then, it’s simply impossible to know who the hell the CDC is trying to warn with their enigmatic idiocy.

They make things even worse when they add (my emphasis) “CDC is urging healthcare providers in the U.S. to be alert for patients who have rash illnesses consistent with monkeypox, regardless of whether they have travel or specific risk factors for monkeypox and regardless of gender or sexual orientation.”

Well for fuck’s sake, guys, we’re not the ones who brought that up to begin with. You’re the ones that had to pop off about “men who identify as men who have sex with other men.”

Why did you bother telling us that cases “include” such people?

Were you saying there was a correlation?

If so, wouldn’t it have made sense to say so clearly and succinctly, instead of barfing up a masticated word salad that makes Kamala Harris sound downright erudite by comparison?

If not, why mention it?

If this isn’t a serious health threat, why bother treating it like one? Wouldn’t it have been easier just to ignore it? Maybe toss up an alert stating that there are cases of monkeypox in North America and Europe that the CDC is monitoring closely, but that they don’t appear to pose a significant threat to the general population at this time?

If this is a serious health threat, then the CDCs garbled idiocy could cost human lives… and if homosexual lives are in fact at higher risk than heterosexual lives, most of the lives lost will be of homosexuals.

The same homosexuals they’re pretending to care so much about that they can’t even issue their warning in comprehensible English.

Which brings me back to my conclusion: the CDC doesn’t care about anyone’s health.