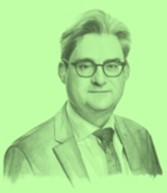 Straight to the money quote:

The storming of Congress made an indelible impression on me. The mob and the rabble flowed towards and into one of the iconic altars of democracy, storming the hallways, ravaging, robbing, and killing. Armed with everything from handguns to clubs.

“The mob and the rabble” is my own interpretive translation, but it’s backed up with scholarly research. The actual phrase used by the Danish author was pøbel og pak. It’s not an expression I’ve heard before. A Google search on that precise expression turned up nothing: it doesn’t appear to be the kind of thing people say colloquially.

By itself, the word pøble is generally translated as mob. In Danish, it’s defined as a “despised group of people who belong to an inferior social class or who seem to show a lack of culture.” (That’s a literal Google translation of the Danish definition found at the link, no interpretation on my part involved.) Pak is, unsurprisingly, usually translated as “pack,” but it’s defined in Danish as a “group of people considered with disgust or contempt.”

I haven’t even told you where the quote came from and we’re already tangled up in language issues. Let’s spool back to the key line of the money quote:

The [disgusting and inferior masses] flowed towards and into one of the iconic altars of democracy, storming the hallways, ravaging, robbing, and killing.

Now, I’m an old-school kind of writer in that I put some effort into making sure that my facts are in order, my arguments are logical, and I’m communicating in a way that will be correctly understood by my audience. Regular readers, to the extent I have any, can decide for themselves whether or not I live up to those ideals, but I try.

Some people take a different approach.

Søren Pind: The coming weeks will be a frightful demonstration of what happens when you let demagogues, crooks, and tyrants come to power
Søren Pind, Opinion, Berlingske.dk, Jun 11

Søren Pind is a former member of Denmark’s right-of-center Venstre party. He has held elective office locally and nationally and he was the Minister of Justice from 2015-2016. He’s no longer active in politics, but as his opinion piece in Berlingske illustrates he’s still gnawing away at its edges.

So why does the bastard keep killing people?

Whoops! That came out wrong.

What I meant to say was, Why does the right honorable former government minister keep killing people?

Wait, did I just say he was killing people?

Good. Because he’s certainly killed at least as many people as did the rioters who “stormed” Congress on January 6th—and, frankly, I can’t rule out the possibility that he’s killed more.

The number of people killed by rioters is known. The number is zero.

Those zero deaths, however, made an “indelible impression” on Søren Pind. Indelible! He will never be able to forget all the people that the January 6th rioters didn’t kill.

A couple of paragraphs into the piece, when talking about a recent episode in which the press raised serious charges against the mayor of a Danish city, Pind writes (my emphasis):

Ekstra Bladet had claimed that illegalities had been committed and that there was an indecent relationship between the mayor and the municipal director, which had resulted in positive special treatment of the mayor. The rest of the press diligently covered the case. Police eventually dismissed the case after an investigation, stating that none of the allegations could be proven and that in their view nothing illegal had happened. The mayor is now former and there have been layoffs of officials. One must ask oneself what these people think today, and how horrible it must have been to be the subject of freely invented claims that did not hold water, but which had very serious consequences for those against whom the allegations were directed.

It’s striking that he can speak disapprovingly of “freely invented claims that don’t hold water but have serious consequences” when just three paragraphs earlier he himself was breezily asserting that the January 6th rioters had killed people.

(But I have to admit I’m intrigued by this notion of the media pushing false claims of wrong-doing against a public office-holder. Fascinating! Can the media actually do that? Has it ever happened before?)

The premise of Pind’s essay is unclear to me, but seems to have something to do with western politics having elevated personality or tribalism, or both, above rule of law. His arguments are scattershot and some of his examples seem to contradict the very points he seems to want them to make. It’s a shame because it’s an idea worth exploring.

The point of his weird and wordy meanderings seems to be that America just narrowly escaped the yoke of tyranny by getting rid of Donald Trump, and that this coming week’s Star Chamber broadcasts should drive that home to everyone for once and for all—because nothing says “you’ve escaped tyranny!” like a partisan production being broadcast live on every television channel.

In any case, I mostly agree with his premise, if not his point. He says, for example, that it “undermines democracy when politicians and parties protect their own from the law,” and that’s certainly true. He fears we’re putting politicians into “a special caste with special rights that stand above the law,” and that they’re not being held accountable for “illegalities” that would get “mere mortals like us thrown to the lions.”

But I absolutely disagree with the observation that kicks all that off:

It is outrageous that a man like Trump has been protected by his party colleagues from the righteous indignation of the rule of law.

Protected from the rule of law? Donald Trump? Where? When? How? Democrats weaponized America’s intelligence and law enforcement communities first to prevent his election, and then to delegitimize his presidency. He was repeatedly impeached. We went through the whole Mueller investigation. The left bragged about the ways they’d “fortified” the 2020 election to prevent his re-election. And now we’ve got this banana republic “January 6th committee”—a Congressional committee most notable for being the first in American history not to allow the minority party to designate its own members.

I don’t know if there are statistics to prove it, but I suspect Donald Trump has been the most investigated president in American history—and with Democrats in control of every federal intelligence, criminal justice, and law enforcement institution, how is it even plausible that Republicans could prevent justice from being applied to the Dread Tyrant… if there were an actual crime to charge him with?

(Yes, yes, the January 6th Star Chamber will inevitably “find” him “guilty” of something, because that’s its whole reason for being, but Congress is a legislative body. It has no criminal justice powers. This is a political “hearing” and as such can produce only political results. Democrats should keep that in mind, because the Boomerang Principle guarantees that this new weapon they’re playing with will surely be used against them eventually.)

So: where have Republicans protected Trump from the “righteous indignation” of the law? Show us the laws he broke and tell us how the Republicans protected him from being held accountable. (And when I say “show us the laws,” I don’t mean, “tell us all the things Adam Schiff said” or “show us those scorching editorials from the New York Times” or “share with us those clips of Joy Reid having televised aneurysms.” I mean: name the law, cite the evidence, and demonstrate the way or ways in which Republicans prevented the law from being enforced.)

But first, more to the point, tell us about the people killed by the January 6th rioters. We’ve never heard of them before. Share your information.

If you can’t—and of course you can’t—then you yourself are part of the phenomenon you’re pretending to rail against: you’re tossing off invented accusations that could have very serious consequences and elevating your contempt for Trump (and the filthy vermin who support him) over your ostensibly democratic principles. You’re bemoaning the fact that Trump hasn’t been prosecuted without even bothering to share with us the crimes with which he should be charged.

If Søren Pind had followed the events of January 6 as closely as he claims to have, then he would surely know that whatever else the rioters may have done, they didn’t kill anyone.

I can only think of four possible explanations for the ease with which he was able to say otherwise.

Gullibility: he’s been swept up by the public sessions and has a simple, childish faith in the American left (as so many “right-of-center” Danes do).

Stupidity: he misunderstood something he read or heard, or he wrote killed when he meant to write injured or frightened, because stupid people make stupid mistakes and c’est la vie.

Obsequity: he’s accepted the GLOB narrative and is just trying to establish his bona-fides: look at me, look at me, I hate those insurrectiony coup-attempters so much I’m willing to call them murderers!

Malevolence: he’s one of those people who so enjoys watching the world burn that he’s happy to light a few matches himself.

Those are the only options I can see: he’s a naïf, an idiot, a lickspittle, a moral monster, or some combination thereof.

I say we reject “or” and embrace the healing power of “and”.

Søren Pind is a vapid gas bag with a penchant for spouting opinions immediately and little inclination towards gathering actual facts before doing so.

“Søren Pind is a vapid gas bag with a penchant for spouting opinions immediately and little inclination towards gathering actual facts before doing so.” … and then killing people.

well, yes, of course. We can call it the Pind standard. For anyone you don’t like, you can always append any list of objections you have with mentioning that they are also killing people. (also robbing, because I am not quite convinced he has made the case clearly that when people were carrying off lecterns, flags and various office supplies, that this was done by force or the threat of force)

For example, I was driving into the office earlier this morning and some clown cut me off on the congested highway because he apparently was dead set on arriving approximately two seconds earlier than otherwise. But he was also visibly carrying out a conversation on his mobile as he cut in front of me, clearly not paying sufficient attention to his surroundings.
And he also had a bumper sticker helpfully informing me that his other car was also electric.

So this [disgusting and inferior] person flowed towards Copenhagen and in front of my vehicle sanctimoniously, pushing, butting in, oblivious to his surroundings, and killing.

Probably was on his way to a coup, I expect…

Maybe I should just add a tagline to the end of every post: “It’s June 15. Do you know how many people Søren Pind killed today?”