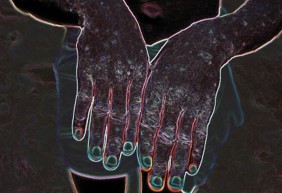 The World Health Organization (WHO) is worried about words again.

According to researchers, it is discriminatory to continue to keep referring to monkeypox as “African.”

The World Health Organization (WHO) is collaborating with experts to find a new name for the viral disease monkeypox, according to the BBC on Tuesday.

The announcement comes after more than 30 researchers wrote in a joint statement last week that there is “an urgent need” to find a new name for the virus and the disease it causes, which “is neither discriminatory nor stigmatizing.”

According to the researchers, it is both imprecise and discriminatory to continue to refer to monkeypox as being “African.”

They suggest calling the virus disease hMPXV instead.

I had to Google around to find what I think is the “joint statement” of the researchers: you can read it here. Here’s the nub:

The prevailing perception in the international media and scientific literature is that MPXV is endemic in people in some African countries. However, it is well established that nearly all MPXV outbreaks in Africa prior to the 2022 outbreak, have been the result of spillover from animals to humans and only rarely have there been reports of sustained human-to-human transmissions. In the context of the current global outbreak, continued reference to, and nomenclature of this virus being African is not only inaccurate but is also discriminatory and stigmatizing. The most obvious manifestation of this is the use of photos of African patients to depict the pox lesions in mainstream media in the global north. Recently, Foreign Press Association, Africa issued a statement urging the global media to stop using images of African people to highlight the outbreak in Europe.

And here are a couple of snippets from the WHO’s own Monkeypox page:

Since early May 2022, cases of monkeypox have been reported from countries where the disease is not endemic, and continue to be reported in several endemic countries. Most confirmed cases with travel history reported travel to countries in Europe and North America, rather than West or Central Africa where the monkeypox virus is endemic.

Most reported cases so far have been identified through sexual health or other health services in primary or secondary health-care facilities and have involved mainly, but not exclusively, men who have sex with men.

And Britain’s National Health Service (NHS) offers this on their monkey pox page:

You’re extremely unlikely to have monkeypox if:

….you have not been in close contact (such as touching their skin or sharing bedding) with someone who has monkeypox or has monkeypox symptoms

…you have not recently travelled to west or central Africa

There’s a lot to mull over.

First, I wasn’t referring to monkey pox as “African monkey pox.”  Were you?

When I wrote about the CDC’s idiotic reaction to the initial outbreak (“A Pox on Their Language”) a few weeks ago, there wasn’t a single reference to Africa.

The “signed statement” of the researchers seems especially concerned about “the use of photos of African patients to depict the pox lesions in mainstream media in the global north.”

The only press photos I’ve seen of the lesions have been variants of what I assume to be a single stock photo of a pair of black-skinned hands covered with lesions. You’ve probably seen it too:

That particular image, which you can see all over, is credited by France24 to “Brian W.J. Mahy Centers for Disease Control and Prevention/AFP/File.”

In other words: it’s most likely an AFP news service photo that the CDC got the rights to in order to raise awareness of monkeypox. Those discriminatory and stigmatizing bastards!

The hands obviously belong to an African, because all black-skinned people live in Africa.

There’s no passport in the photo, no discernible background to help establish location.

Isn’t it discriminatory to assume all black-skinned people are African?

Isn’t that more discriminatory than merely referring to a disease that until this year was endemic only in two parts of Africa as African? (Not that many people were, but assuming they were.)

Also, if there’ve been very few cases in the west to this point—by which I suppose I mean very few cases among non-black people—doesn’t it stand to reason that there are fewer available photos of non-black (and therefore non-African) monkeypox patients than there are of patients who are black (and therefore obviously African)? I mean, in the early days of the Wuhan virus we kept seeing Chinese patients in the media not because we were being racist, but because it mostly Chinese people getting sick. In China.

The press will catch up. I mean, we’re talking about the western press, for god’s sake. If western victims are indeed mostly white men, then you can bet the farm the press will emphasize that with relish—once they square the circle of defining men.

Is it really imprecise to me to describe a disease that has until this year been confined exclusively to Africa as “African?”  After all, if people move from Africa to America they’re called African-Americans, so why should a disease be treated any differently?  And if it is discriminatory to do so, isn’t it also discriminatory to call Americans of African origin “African-American?”

Back to the “joint statement:”

Here, we propose a novel classification of MPXV that is non-discriminatory and non-stigmatizing and aligned with best practices in naming of infectious diseases in a way that minimizes unnecessary negative impacts on nations, geographic regions, economies and people and that considers the evolution and spread of the virus.

We propose the classification of three main clades; MPXV clades 1, 2 and 3, named in order of detection. These include viral genomes from Western African, Central African and localized spillover events in global north countries and from both human and non-human hosts (Figure 1A). Here, clade 1 corresponds to the prior “Congo Basin clade”, while clades 2 and 3 corresponds to the prior “West African clade”. These three clades represent deep MPXV diversity, accumulated over many years of evolution in the animal reservoir. Further sequencing of MPXV from the animal reservoir may potentially uncover further clades 4, 5, 6, and so forth.

Whilst the formal naming of virus species is the purview of the International Committee of Taxonomy of Viruses (ICTV), we believe this is an opportunity for a break with the name monkeypox and the historical associations attached to that name.

Is that stigmatizing? Is it discriminatory?

Would it be better if we called it Happy Pox?

“Hey man, what are all those sores?”

“Dude I had sex with in Amsterdam.”

“Nice! Good thing you didn’t catch it back in the dark ages when they called it that awful stigmatizing name that was so discriminatory.”

“I know, right? So, uh… you mind talking less and sucking a little harder?”

Back to the TV2 News article:

According to the BBC, the WHO states that the organization will convene an emergency meeting next week to decide whether the virus outbreak should be described as a health emergency of international concern.

Only covid-19, swine flu, Ebola, zika and polio have previously ended up in this category.

“The outbreak of monkey pox is unusual and worrying,” said WHO chief Tedros Adhanom Ghebreyesus, according to the BBC.

“Therefore, I have decided to convene the emergency committee next week to assess whether the outbreak represents an emergency of international concern.”

This is the same guy who initially told us the Wuhan virus couldn’t be transmitted from human to human because the CCCP said so. And that anyway it was racist to call it the Wuhan virus.

Here’s a Science.org article from late January 2020, entitled: “WHO says no need—yet—to declare spread of novel virus is an international emergency:”

Because a novel coronavirus has spread throughout China and jumped to a dozen other countries, the world is on red alert. But the World Health Organization (WHO) today, to the surprise of many global health experts, decided the outbreak does not merit the loudest siren it can sound, a declaration called a Public Health Emergency of International Concern (PHEIC). “It has not yet become a global health emergency,” WHO Director-General Tedros Adhanom Ghebreyesus said at a press conference in Geneva this evening. “It may yet become one.”

The decision by Tedros reflected a recommendation from an emergency committee, which over the past 2 days carefully reviewed information about the outbreak. The committee expected to issue a recommendation yesterday but it was so evenly divided on whether to declare a PHEIC that it requested this second day to review the most current data. Today, its chair, Didier Houssin, said opinions remained split. Those against a PHEIC declaration, Houssin said, contended that too few cases have surfaced outside of China—nine of 584 confirmed infections—and also rejected the declaration “because of the efforts presently made by Chinese authorities in order to contain the disease.”

Too long; didn’t read? The WHO’s main argument for not declaring the Wuhan virus an emergency was because China was doing such a bang-up job containing the disease.

Enjoy your summer while you’re still free: the new “emergency of international concern” is right around the corner, and it’s going to be glorious, and all the best people are on it.

Oh, but wait: one last nugget from the TV2 News article:

The disease is not airborne. It is transmitted primarily by touch. And you can only infect others when you have symptoms.

I only included that so that if (when?) we’re all told that we have to mask up again, we can look back on the good old days when you were allowed to say the disease was not airborne.

But what do I know?

Maybe this time it’ll be gloves.