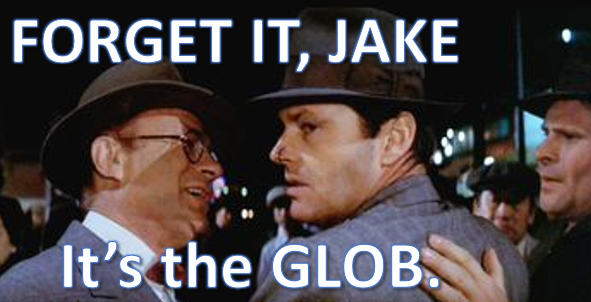 I posted just about everything I have to say about the Dobbs decision back when the decision leaked a few months ago. None of my opinions have changed. There’s no point in hashing over all that again.

I’m not surprised by the Danish coverage, the general tenor of which can be deduced from the screenshots I posted shortly after the news broke. It’s exactly as hysterical and misleading and partisan as I’d expected. (Jyllands-Posten was the only major outlet whose headline wasn’t drenched in emotion or opinion: “America’s Supreme Court reverses landmark decision on the right to abortion.”)

Anyone interested in a quick master class on just how disconnected the establishment media have become from reality can read the full text of the Dobbs decision here and then survey the headlines being pumped out around the world.

As you survey the Danish headlines in particular, or read the Danish coverage, bear in mind that the Mississippi law at issue placed a 15-week restriction on abortion. That’s three more weeks than we allow in Denmark, but the Mississippi restriction was considered so noxious and hateful to abortion absolutists that they literally made a federal case out of it.

With respect to abortion laws, Denmark is the most restrictive jurisdiction in which I’ve ever lived—and I’ve lived in six American states in three different time zones.

In the European Union there are already nations with abortion laws much more restrictive than those in Denmark, and nations with laws that are much less restrictive. Those laws are the consequence of legislation passed by the representatives elected by the citizens of those nations and will also almost certainly evolve over time.

There is no EU “guarantee” of a right to abortion.

Is it too hard for the Danish media to grasp those simple facts? Are they too complicated for our head of state to get her “crying heart” around?

Any European sounding off about the Dobbs decision who hasn’t been agitating hysterically for an EU guarantee of the right to an abortion for all EU citizens is just being swept along with the unthinking partisan tide. Earlier this year the EU parliament elected a president from the only sovereign nation of the EU that outlaws abortions entirely: Roberta Metsola of Malta, who is herself adamantly opposed to abortion.

How do we square the reality of the EU’s variegated abortion realities with the hysteria on display right now?

There’s nothing to be done but let the madness play out and ignore it. I’ll add only this: on a personal level, I’m glad to live somewhere that allows abortions early in pregnancy and forbids them further along. I wouldn’t want to live in a jurisdiction where they were outlawed entirely or in one where there were no restrictions at all. But I’m a grown-ass adult that understands other people disagree with me on many things (the bastards!), and that our harmonious co-existence requires our being able to live alongside one another.

So… that was a lot of text for a subject I didn’t want to dwell on.

A mass shooting occurred in Oslo Friday night and even in the earliest reporting it was being treated—by journalists as well as police—as a possible and even probable terror attack.

Because the shooting took place near a gay bar, there was a lot of speculation that the attack was directed toward homosexuals. As DR phrases it (in Danish first, followed by my translation):

English: “The motive behind the shooting is still unknown, but many queer voices have already reacted to the night’s dramatic events.”

It’s the kind of phrasing your eye passes right over at first, because you’re used to it and you kind of get the sense of what it means: activists speaking on behalf of homosexuals.

I’m not sure the journalists would paraphrase it that way: more likely they’d prefer something along the lines of “prominent spokespeople within the LGBT+ community.” The meaning, however, would be the same.

Now, as much as it galls me, my own Congressional representative in the United States is Alexandria Ocasio-Cortez, commonly referred to as AOC. I’ve voted against her twice already and will be voting against her every two years until the Democrats of my district come to their senses and reject her in favor of some new idiot for me to vote against.

Even so, I freely acknowledge that whenever she opens her mouth in Congress she is doing so as my representative. That’s how the rules work. She could stand up in Congress and spout any idiocy she likes and add, “…I am Greg Nagan’s Congressional representative, and I approve this message.” She’d be perfectly within her rights to do so. I have to live with that because it’s true.

When does the “LGBT+ community” hold elections for their spokespeople? Are we to presume they all think alike and that any old queer can sound off on anything on behalf of all queers everywhere?

And yet this is how modern journalism seems to work: when tragedy strikes, the first order of business is to ascertain the identity group of the victims. The next is getting your hands on someone to speak on behalf of that entire “community.”

As early as Saturday morning, the facts that had been established, or at least those communicated by DR, suggested that this was a “Norwegian of Iranian descent” shooting up a gay neighborhood, so a fairly simple narrative suggested itself. Indeed, already by Sunday morning TV2 News was able to report (in the very last line of a fairly long article) that “the Norwegian intelligence service believes that this was a terrorist attack motivated by Islamic extremism.”

It’s the only mention of Islam in the entire article, and the first mention of a possible motive. In the last line of the article.

As we saw in the Pulse nightclub in Orlando, when an Islamic extremist opened fire on a gay club, the “narrative” isn’t going to have anything to do with the perpetrator (unless it’s a straight white male, preferably a conservative Christian), but the victims. Every American shooting prompts international anguish over the question of what to do about guns in America, but the media never seem interested in asking what can be done about the particular people pulling the triggers. It’s like earthquakes or lightning strikes: just something beyond our control that happens now and then. (Unless a straight white man pulled the trigger: we know what happens then.)

But let’s get back to DR’s queer voices.

What is a queer voice?

David Rubin is a gay man. So is Douglas Murray. And they’re both wildly popular conservative pundits.

I’ve never heard either of them tagged as a “queer voice.” Because “queer voices” aren’t really representing all homosexuals: they’re representing the sentiments of activist, leftist homosexuals. Why? Why couldn’t I write, for example, after hearing Rubin and Murray tear some Biden policy or speech apart, that it was interesting to hear Joe Biden excoriated by “queer voices?”

Maybe I should. Maybe we all should. (I don’t think so, myself: unless people are elected by others to represent and speak for them, then I believe individual statements should carry no more weight than their own individual standing warrants. But I’m old-fashioned that way.)

I certainly thought it was funny when Ron DeSantis, informed of Elon Musk’s support for any presidential run he might make, was “always happy to have the support of African-Americans.” Zing! Well played, gov!

More of that from all of us might get the establishment media to reflect a little on their own lazy use of identifiers.

We see the same thing with every interest group. Ever heard Clarence Thomas, Thomas Sowell, Candance Owens, or Larry Elder (for example) referred to as a “black voice?”

Ever heard Ben Shapiro referred to as a “Jewish voice?”

Ever heard Texas governor Greg Abbott referred to as a “disabled voice?”

Not by DR. Not by the New York Times or Washington Post. That’s just not how it works.

As distasteful as it sounds, the establishment newsrooms of the western world appear to operate on the premise that they can trot out any old activist as representative of any old group. “We need to know how the queers are feeling about this—Jackson, get out there and talk to a queer, stat!”

What are the odds that Jackson is going to trot out for a soundbite from Douglas Murray?

Or: “This is going to hit the black community hard, Jackson—get Thomas Sowell on the phone and let’s here what black people think!”

There’s nothing wrong with activists being out there, and having opinions, and sharing them with the media. The problem is the way the media presents them as representative of everyone in the same demographic. In the case of an Islamist gunning down homosexuals, the sentiments expressed by most decent people in any demographic are going to be largely the same. But only to a certain point. We may all agree on the heinousness of the crime, but I suspect there are widely divergent views on the underlying problems: Mental health? Islamic extremism? Homophobia? Norway’s lax gun control? Reasonable people within every identity group can have substantially different opinions on those things. In fact, I have yet to met two people who were in total harmonious agreement on everything. Even Herself and I have had some classic bare-knuckle, known-down, drag-out brawls, metaphorically speaking, on entirely academic questions.

In a related phenomenon, when members of any leftist identity group commit heinous crimes, their membership in that group is generally ignored. That’s why coverage of the Christmas Parade massacre in Waukesha, Wisconsin focused first largely on the car that plowed deliberately into the parade, as though an SUV woke up one morning filled with such blind murderous rage that it simply had to drive itself into those contemptible dancing grannies. Even when the establishment media were forced to acknowledge that the car had a driver, and the driver was in fact the one responsible for the carnage, the driver’s identity group membership was often ignored completely.

Here’s an example: NPR’s reporting on the crime, which makes no mention at all—zero—of the driver’s race or ethnicity or sexuality.

Just a bad car driven by a bad person.

(Do you think it would have been presented that way if it had been a white driver plowing down black victims? Good god—we’d still be hearing about it and several American cities would still be digging out of their ashes. But ask yourself: do you even remember the actual driver’s name, at this point? Did you even remember there was a mass casualty event in which a racist black man deliberately murdered as many people as he could (six) during a Christmas parade in Wisconsin? And yet, you probably know the names Kyle Rittenhouse and Nick Sandman—both of whom were acquitted of any wrong-doing. Ask yourself why.)

And so with the Oslo shooter: a bad gun whose trigger was pulled by a bad person.

We’re grown-ass adults. Just give us the facts.

And give us quotes from people, not from “voices” representing “communities.”

Or stop asking why we don’t trust you.