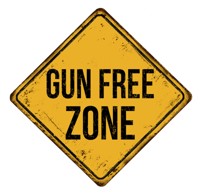 Tragedy struck Denmark on Sunday when a gunman went amok in a large Copenhagen mall. Three people are dead, three in critical condition, and the suspect is in custody.

The story was obviously dominant on Danish media Monday morning.

A Google news search on the term “Fields” showed that the news had been picked up internationally:

It’s Monday evening now and the story is still developing. We still know nothing about the suspect except that he’s an “ethnic Dane.” And he’s in mental health custody, not jail. No information about any possible motive has been revealed.

We also know that according to the police, the shooter’s arrest “was not dramatic.”

A lot of the local news coverage (for example, here) mentions online rumors about the shooter’s motive: specifically, that he was a racist and was a member of the anti-immigration Stram Kurs (“tight course”) party. But everywhere that’s mentioned it’s also noted that the police have not confirmed those rumors. Details on whether the shooter owned the firearms legally have not emerged, although somewhere I saw the police mention that the firearms themselves were legal, with a strong insinuation that they did not belong to the shooter.

A mass shooting like this is a big deal because everyone knows these things don’t happen in Denmark: only America.

And yet this is the second time in seven years that one of these terror-like mass-casualty shootings has happened here. In 2015, an enraged Islamist opened fire first on a free-speech event and then outside a synagogue. Fortunately he managed to kill only two people.

That’s twice in seven years that someone in Denmark has deliberately made an indiscriminate and murderous attack on civilians. (That’s ignoring other similar types of crime, like gang shootings, revenge killings, and family feuds.)

It’s interesting to reflect that in our little country of just under 6 million citizens, we’re about 1/55th the population of the United States: statistically speaking, America would need to have had 110 such shootings nationwide in the same period just to match this holocaust of mass shootings in Denmark, let alone exceed them.

The kids in the back row are surely shouting at their computers:

“But there have been! Why, there were 27 mass shootings in America this year before the month of May was even over! America is the mass-shooting capital of the world!”

That would in fact be true, like any other lie, if it were true.

But it’s not true.

So what are we doing wrong in Denmark? What can we learn from America?

We don’t even have a Second Amendement here.

A civilian can’t even buy or possess firearms without first obtaining a hunting license. Getting that license requires taking a written exam and a practical test with a shotgun. It also requires clean police and mental health records. Once you have the license in hand, you can buy long guns—but you can’t take possession of them until the police have approved the purchase.

Handguns are even harder to come by: you have to meet all of the foregoing requirements and have been an active member in a shooting club for at least two years.

You’re only allowed to travel with a firearm on your way to or from a hunt or a shooting range.

Danish law requires all gun owners to keep their guns locked up in a locker that’s bolted into place in their home.

As a practical matter, Denmark is just one big gun-free zone as far as civilians are concerned.

And yet this guy managed to get his hands on a gun, transport it to a mall, and start shooting people.

Why, it’s as if he didn’t even care about the law!

Six years ago we were vacationing with an old friend and his family in a little village in southern France. We happened to be there for Bastille day, and our two families made our way into the nearest town (Sommières) for the fireworks. We parked in a field on the outskirts of town and made our way on foot to its center, where we found ourselves part of a great crowd. The fireworks were lovely—Youngest was only seven at the time and thought them so beautiful she actually cried—but the crowd was not. There were simply more people than the narrow little lanes of the town could accommodate.

Afterwards, on our drive back to the house, I mentioned to Herself that I’d had a creepy feeling the whole time: we had all been sitting ducks. Herself said she’d had the same thought. (This was, after all, not that long after Charlie Hebdo attack in Paris and the Copenhagen attack I’ve already mentioned.) Any maniac who’d wanted to could have killed dozens, maybe hundreds of civilians before anyone would have even known what was happening.

I would later learn that my friend and his wife had had a similar talk in their car on the way home.

I learned that because when we turned on the television once we were all back inside and had poured ourselves some drinks, we learned about the truck attack in Nice. While we’d all been having uneasy forebodings at the municipal fireworks in Sommiéres, an Islamist had driven a truck straight into a similar crowd of fireworks spectators in Nice. He killed 86 people and injured more than 450.

What do we do about that?