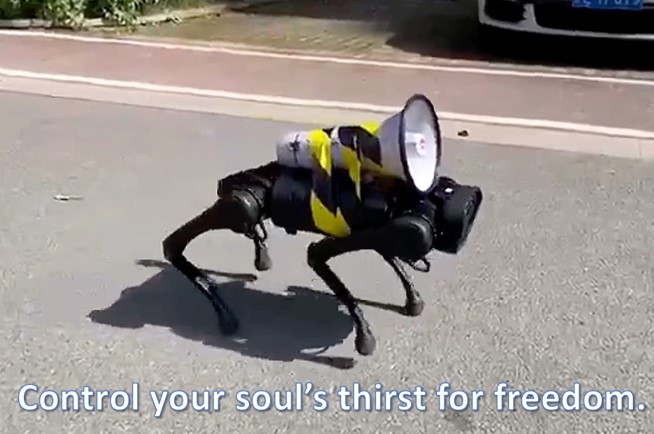 There was a Johns Hopkins study that came out a while ago that concluded “that lockdowns in the spring of 2020 had little to no effect on COVID-19 mortality.”

The study noted that this finding is against expectation (my emphasis):

Despite the very low quality of evidence (see Table 1), early epidemiological studies predicted that NPIs would have large effects. An often cited model simulation study by researchers at Imperial College London, Ferguson et al. (2020), predicted that a suppression strategy would reduce COVID-19 mortality by up to 99%. Ferguson et al. (2020) state that “it is highly likely that there would be significant spontaneous changes in population behavior even in the absence of government-mandated interventions” but also that “any one intervention in isolation is likely to be limited, requiring multiple interventions to be combined to have a substantial impact on transmission” and “we predict that transmission will quickly rebound if interventions are relaxed“ causing many to perceive their projections as a forecast in the case of no lockdown.

And speaking of expectations, an August 2020 article on the Danish science website videnskab.dk wrote glowingly of a study that showed that in the first weeks of the Danish lockdown, shopping wasn’t reduced significantly more in Denmark that it was in Sweden (29% versus 25%, respectively)—even though Sweden had not locked down. Their big takeaway at the time: “there is no ‘trade off’ between saving lives and saving the economy.”

The assumption behind that conclusion was obviously that the Danish lockdown had been “saving lives,” which it hadn’t been.

The conclusion also implies that Swedish policy was costing lives. Which it wasn’t.

On the radio Friday morning (Radio4 at a little after 6:30, but I have no idea if the segment is accessible), I heard a Danish researcher being interviewed about yet another study, this one also comparing Denmark and Sweden but including the period from March 2020 almost up to the present, that found no significant difference in excess mortality between the two countries despite their very different approaches. (In fact, the researcher said, there was slightly higher mortality in Denmark, but the difference was so small as to be disregarded as mere statistical noise.)

There seems to be a quietly emerging consensus that government mandated lockdowns were unnecessary and perhaps even counter-productive.

That’s worth bearing in mind when we look back at the enforcement of those mandates: the viral videos, for example, of authorities harassing the citizens they’re sworn to protect.

It was all a big mistake.

The studies are clear: doing nothing would indeed have been a bad call, but even people in localities where there were no government mandates at all did not do nothing. They practiced social distancing, they reduced their public interactions, they practiced better hygiene. With or without government compulsion, people did what they perceived was in their own best interest. As they always do.

We can see that people who were allowed the freedom to calibrate their behavior to their own risk assessment produced the same results as people being bullied by their own governments into doing what the government thought best.

It’s hard to think of a bigger, better example of why those of us on the right believe the best role for the government is often… a jelly roll. Which is to say: no role at all.

Had Mette Frederiksen come out on March 11, 2020 and announced that the emerging virus represented a significant health risk, and that Danes should take whatever measures they felt appropriate given their own health status and living situations, it’s unlikely that excess mortality in Denmark would have been much different than what we actually experienced with the shutdown of so much of our social infrastructure.

If you need your government to tell you to come in from the rain, you shouldn’t be living in a self-governing republic.

Now that we’ve had this textbook example of heavy-handed government screwing up our world with a policy they assured us would save the world (“it’ll reduce mortality by 99%!”), will any fans of big government connect the dots?

I mean, the evidence is in: rearranging the entire world based on the word of experts or government officials is not a good idea. (It never has been and never will be, but the lockdown experience provides what the GLOB likes to call “a teachable moment.”)

Bizarrely—I’d even say insanely—instead of introducing a renaissance of enlightened skepticism, the experience of the past couple of years seems to have galvanized belief in government infallibility by a large swathe of the western public. The classic meme comes to mind:

When your government tells you that to dispute their assertions is a kind of treason, that to contradict them is to spread misinformation, and that the party of out power represents a threat to democracy, something is wrong.

When the private players in charge of the communications infrastructure bend their knees to such government pronouncements, amplifying and enforcing them, something is wrong.

When popular entertainment becomes a propaganda arm of the party in power, something is wrong.

I could go on, but I assume the point has been made: something is wrong and badly needs fixing.

In self-governing republics, there will always be tension between the parties that are in power and those that are not. It’s not just normal: it’s inevitable. What is neither normal nor inevitable is the blurring of lines between government and party that we see today.

In America in particular, political adversaries of the Democratic administration are not described or treated by Democrats as the loyal opposition, but as a poisonous and treacherous threat to the republic itself. And when Republicans were in power, the Democrats cast themselves not as the loyal opposition but “the resistance.” All of this with the enthusiastic support of the establishment media, academia, big tech, and all the other globally-oriented leftists.

Remember: Barack Obama boasted of his ability to govern with his phone and his pen, to the delight of the establishment press. When Donald Trump followed that same playbook with executive orders of his own, however, it was suddenly tyrannical despotism. Joe Biden’s subsequent use of executive orders to reverse Trump’s, on the other hand, elicited nothing but praise from the same people who’d been gnashing their teeth just months ago over the very same thing.

A foolish consistency, he said.

(Couples who use birth control inconsistently, for example, are often referred to as “parents.”)

That can only produce one result: political Calvinball.

Returning to our theme, then: the last several years have provided the most instructive examples for at least the last half century of the need to keep government in check, regardless of which party is in power.

The damage done by the unnecessary lockdowns, and by our governments’ insistence on switching to “green energy” before it could actually meet our energy needs, is hard to fathom.

Directly or indirectly, those errors of government are responsible for everything from the energy crisis, inflation, the supply-line problems, food shortages, “education loss,” shrinking economies, and even the war in Ukraine. And they’re going to be responsible for a lot more before we’re out of the woods.

And what’s the popular response to these glaring failures of big government?

More government is what we’re going to get—”good and hard,” as H.L. Mencken promised—until we remember that we are the masters and not the servants of our governments.

I only wonder how bad things will get before people come to their senses and began reining in our governments.

UPDATE: The radio program I mentioned was probably discussing the study featured in this Berlingske article from July 8 (the same day I heard it on the radio): “Professor and virologist on death rates under the corona: Denmark and Sweden have ‘come through completely the same’—despite widely differing strategies.”