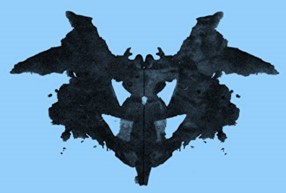 Yesterday Berlingske published a very “inside-baseball” article about the state of play in Danish politics as the parties position themselves for the next election (which must take place no later than next year):

The top minister shared a post with an analysis — and was called “tragicomic.” A political expert now sees a pattern revealing “a bigger plan.”
Søren Domino, Berlingske.dk, August 1

The details aren’t important, but I want to share a couple of excerpts (the government is in the hands of the lefist “red bloc,” and the opposition—led by the Venstre party—is the center-right “blue bloc”):

The (political) attack, which has been dressed up as an analysis from a summer idyll, comes in the wake of several ministers first launching a broadside against (Venstre’s) Ellemann & Co. over the summer with built-in accusations of Trumpism.

The accusation from Minister of Employment Peter Hummelgaard is that the opposition, and Venstre in particular, is running a campaign against the government in which mistrust is a tool in a political strategy, and which is strongly inspired by the former American president, Donald Trump.

…the Social Democrats have a view that there are some Trumpist tendencies at the moment in the democratic debate among the (Danish right), a populism.

Comparing Jakob Ellemann with a Trump who is accused of something resembling high treason is hard to stomach.

The gist of the article is that the leftist government is trying to portray the center-right opposition as a bunch of deplorable Trumpists. The right is crying foul: “These desperate attacks show that Mette Frederiksen is under deep pressure and has decided to run a dirty election campaign,” says Venstre group chairman Thomas Danielsen. “Imagine that we have a prime minister who thinks it is more important that her ministers spend their time on an embarrassing smear campaign rather than solving the problems of Denmark and the Danes. It is irresponsible, and it is almost tragicomic, that Dan Jørgensen believes that Mette Frederiksen is a great leader.”

The words Trump, Trumpist, and Trumpism are tossed around a lot as pejoratives.

Their particular uses in this article suggests that “Trumpism” is synonymous with populism, distrust of government, character assassination, and “something resembling high treason.”

But that’s not really what the governing bloc means when they throw out accusations of Trumpism.

They don’t mean anything so particular.

To the Danish left (and most of the Danish right), Trump is the bogeyman and Trumpism is unadulterated evil.

A Google search on “Trumpism” produces this as its first result:

With respect to politics, Wikipedia has become a cesspool of leftist propaganda—but so has pretty much everything else that isn’t explicitly conservative in nature, so let’s dig into their definition anyway.

I find it hard to characterize the social emotions associated with Trump and his political base because I don’t even know what “social emotions” are. Wikipedia offers this definition: “Social emotions are emotions that depend upon the thoughts, feelings or actions of other people, ‘as experienced, recalled, anticipated or imagined at first hand.’ Examples are embarrassment, guilt, shame, jealousy, envy, elevation, empathy, and pride.”

Okay, but I don’t find that helpful in this context. It sounds like a dog’s breakfast of mumbo-jumbo. Is it intended to suggest that Trumpism is partly defined by the emotions he and his political base experience or express relative to others? Which others? In what way? And what emotions?

The style of governance associated with Trump and his political base is something that’s sure to vary based on who’s making the association. To your run-of-the-mill leftist, it’s clearly authoritarian and anti-democratic—and probably racist, misogynistic, homophobic, and transphobic to boot. That’s not how he or his supporters would characterize it, however.

The set of mechanisms for acquiring and keeping control of power associated with Trump and his political base are yet another Rorschach test, and I don’t think you need me to tell you how the left would characterize them: Insurrections! Coups! A boot stomping on a human face forever!

So even taking the Wikipedia definition of Trumpism, we’re left with an ink blot term. To those of us on the right, it probably means something like the unapologetic advancement of conservativism with blustery rhetoric, maybe with some nationalism or protectionism mixed in, all of it frequently served with blunt or even crude language.

To those on the left and the faux-right, on the other hand, it seems to be a synonym for unadulterated evil. Also populism, which in leftist usage seems to have become a stand-in for evil anyway.

The article does specifically note that the left is accusing the right of running a campaign that uses “mistrust of government” as a tool—something they apparently claim is “inspired by” Donald Trump.

This from a government plagued with scandal having to do with the extent to which they are in fact worthy of our trust (the mink scandal, which I haven’t mentioned in months despite its massive footprint in Danish politics).

The article also notes that the right is accusing the government ministers of making these claims as part of their own campaign to smear the right.

What in blue blazes has any of this got to do with Donald Trump?

Very little, I believe, but I suspect it has a great deal to do with the enemies of Donald Trump. (I chose the word enemies rather than adversaries deliberately: when you declare yourself “the resistance” and warn that your opponent must not be “normalized,” you’ve given up any pretense of being the loyal opposition.)

The American left, as I noted yesterday, has done a good job of making Donald Trump absolutely radioactive. In doing so they’ve established a blueprint for victory: toxification.

That’s what the Danish left is up to: rather than meet the Danish right on the field of ideas, where the right enjoys a significant edge right now, they’ll just slime them into disrespectability. If the American Democratic Party could do that without any of the slime sticking to them, why shouldn’t Danish Social Democrats be able to do the same?

It’s not Trumpism that’s poisoning Danish politics, but the phenomenon responsible for the very idea of Trumpism: the sliming of one’s political opponents by all means fair and foul. (But mostly foul.)

The problem with that approach is that while it certainly does work on toxifying people right out of the public square, it also creates enormous anger and resentment that will consequently produce even stronger adversaries. As I was also saying yesterday, the left did such a good job of toxifying Trump that they may well have made a Ron DeSantis presidency all but inevitable—to say nothing of the red wave they’re likely to be confronted with this fall.

Had they focused all along on policy instead of personality—on solutions instead of slime—the Democratic Party probably wouldn’t be in such dire straits right now. They might even have managed to get a younger, healthier, more cognitively together candidate into the White House in 2020.

Here’s hoping the Danish left drops their toxification campaign before they do to Denmark what the Democrats have done to America… because it can happen here.