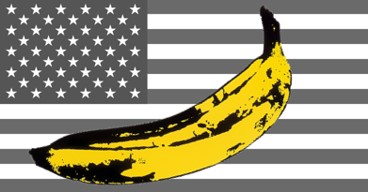 I had to scroll down quite a bit to reach Berlingske’s story about the FBI’s ransacking of Mar-A-Lago—an event unprecedented in American history.

Republicans are furious: “When we get power back, people are going to be held to account”
Sara Hodzic, Berlingske.dk, August 9

On DR’s website, the story was just beneath the metaphorical fold:

Over at TV2 News, you have to scroll down a ways to find the article: it’s given no prominence at all, just crammed in between “Danish farmers harvest historically expensive wheat” and “Record amounts of rain leave at least seven dead in Seoul.”

I had to scroll way down on B.T. to reach the first story on the topic:

Politiken’s placed the story at the top of their website:

There’s not a single story on their home page about Mar-a-Lago. At least not yet, but it’s already Tuesday evening Danish time.

As for the rest of the coverage: I don’t have time do deep dive into all of it today. I’ll leave that for tomorrow. (Herself and I are celebrating our 25th anniversary as a couple and the 19th anniversary of our wedding this evening, so I have to keep this short.)

I was pleased to hear my own immediate reaction echoed on the radio this afternoon. Hugh Hewitt was discussing the situation with Rich Lowry, editor of the conservative but largely Trump-averse National Review.

Lowry observed that a lot of Democrats and Never-Trump conservatives were acknowledging the enormity of what had happened. Never before in American history has an American president had his private home ransacked by federal agents. Even the pathologically anti-Trump George Conway described this as a “crossing of the Rubicon.”

And yet, Lowry pointed out, they all then mitigate the absurdity of taking such a bold and unprecedented step by saying something along the lines of, “well, there’s no way they would have taken such a step if there wasn’t some really big crime underneath it all. It can’t just be about a violation of the presidential records act. It has to be something bigger than a National Archives issue. It’s got to be something huge that we just don’t know about.”

Lowry doesn’t rule out that possibility, but he also couldn’t help wondering aloud whether that wasn’t precisely the point: to provide some really bad optics that imply a greater criminality that isn’t there.

It’s exactly what the Democrats and their quislings in the Department of Justice, FBI, and intelligence community—and the media—did with the whole Russia hoax. They knew all along there was no there there, but they also knew that an endless series of headlines based on phony little leaks and planted stories from dubious sources would paralyze Trump’s presidency. So they went with it. The Mueller report found no evidence of Russian collusion, but by then the damage was done. An ungodly number of Americans still believe that the 2016 election was corrupted by Russia meddling on Trump’s behalf.

In their hourly news summaries, the ABC radio news network featured a sound bite of some analyst or commentator laying out that very narrative: that for the FBI to ransack a former president’s private home, to bring in a safecracker to break into Trump’s (empty) safe, it can’t just be what the government says it is: it has to be something bigger.

So now Democrats and the media can run wild with a narrative along the lines of, “well, of course the FBI said it was about records for the national archives, but it was obviously something more than that.”

Was it? Time will tell.

But it’s such a perfect echo of the Russia collusion hoax strategy—which, I probably don’t have to remind you, worked to perfection from a Democrat point of view even if it strained the nation to the very edge of its its breaking point—it shares so many of the hallmarks of that destructive and dangerous bit of Democratic demagogery, that I can’t help thinking that’s exactly what it is.

And I think this time the Democrats severely miscalculated.

The Rubicon has been crossed and the die has been cast.

So naturally the big story is the Republicans’ reaction.

The tell, for me, is nicely illustrated by a US News article: “Republican Leaders Condemn FBI Search of Trump’s Mar-a-Lago Home.”

It features all the anger and outrage being expressed by Republicans of every stripe, and closes with the following two paragraphs:

The Justice Department has yet to provide any details about the search, and the White House has said that the president was not given advance notice of it. Similarly, Democrats were largely quiet on the development.

“I know nothing about it other than what I’ve read like everybody else, so I think it’s wise for me to withhold comments until we learn more,” Senate Majority Leader Chuck Schumer of New York told MSNBC on Monday evening.

Democrats were “largely quiet” on the “development.” Schumer thinks it’s “wise” to “withhold comments until we learn more” because he doesn’t know any more about it than anyone else.

Never stopped you before, asshole. Why the cold feet now?

Because he’s not being wise, or cautious, or circumspect: he’s doing exactly what you’d expect him to do if he knew there wasn’t anything bigger behind the raid. He’s insinuating that there is much more to the story that we’re just not aware of yet.

A fucking former president just had his house ransacked by the FBI over a bunch of goddam papers.

The only appropriate reaction from an American legislator should be: “This is a bridge too far. The FBI needs to let the public know why they undertook this unprecedented step, why it was necessary, or they need to issue an immediate public apology and every official involved with the decision to raid Mar A Lago needs to be held accountable.”

Remaining “largely quiet” says: “I’m okay with what was done because I think it’s appropriate for the feds to raid the home of a former president to search for papers that belong to the National Archives.”

And by saying you’ll wait “until we learn more” you’re saying that there is more to learn.

We’re just going to be told repeatedly that “we don’t really know all the details yet,” or “I don’t want to comment on an ongoing investigation.” And other phrases that are just different ways of saying: “No one would authorize something like this over a bunch of papers—they never even searched Nixon’s house for the missing tapes! So something deeply foul is clearly afoot, and you’ll have to use your imaginations to figure out just what kind of heinous crimes the Dread Tyrant was up to. Because surely he was up to something very terrible and awful.”

“I’ve seen enough,” House Minority Leader Kevin McCarthy, California Republican, said in a statement. “The Department of Justice has reached an intolerable state of weaponized politicization. When Republicans take back the House, we will conduct immediate oversight of this department, follow the facts, and leave no stone unturned.”

That’s talking the talk… hopefully in January 2023 Speaker of the House McCarthy can start to walk the walk.