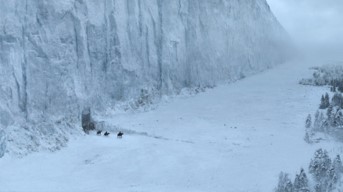 Would you give a friend the keys to your car if he or she were obviously drunk?

Would you let a toddler play with a loaded gun?

Would you give your child a set of carving knives to practice juggling with?

I’ll assume that you either answered no to all three questions or you decided to be difficult and dreamed up hypotheticals that let you answer “sometimes” or “in certain circumstances.”

Like: you’re camped out in the woods drinking with your best friend. You have tents in which you expect to spend the night, so you’ve been passing the whiskey bottle back and forth all evening and are therefore both stinking drunk when the bear invades your campsite. You manage to scare it off, but only after it damn near wrenches your right foot clean off your leg. If you don’t get medical treatment very soon you’ll lose that foot—and maybe die! There’s no mobile coverage out there in the woods. So, yeah, you’d damn well let your drunken friend take the wheel of your car to drive you to a hospital—or at least somewhere your phones can be used to summon an ambulance. It would be suicidal not to.

That’s a convoluted and extreme scenario, but fair enough: there are exceptions to almost every rule.

No heat, water, or drainage.

No mobile coverage or fuel.

After a few days, parts of the population will start looting shops and businesses.

This is how a blackout can affect an entire population. And this is what the horror scenario looks like, which is currently sending chills through the heat wave in Germany and out into the rest of Europe.

Behind the horrors lies the fear that Russia will turn the gas tap so that Germany will be without gas from one day to the next.

Those are the opening paragraphs of an article exploring all the awful things awaiting Europe this winter.

Europe has indeed painted itself into a corner with its stupid and naïve energy policies. This coming winter is going to be difficult even in the rosiest scenarios—very expensive for all of us, colder than usual for most of us, and lethal for a small but not inconsequential few. Better outcomes are possible but not probable. However, getting to the point where there’s widespread popular unrest and looting across a continent without heat, water, drainage, mobile coverage, or fuel would require a whole cascade of failures that we can probably avoid.

Jensen’s article is based largely on the assessment of “Wolfram Geier, head of the department for risk management and international relations in the Directorate for Population Protection and Disaster Relief, a public agency under the German Ministry of the Interior.”

It’s apparently his job to dream up worst case scenarios and how to prevent them—or, if they can’t be prevented, how to react to them. Like those Pentagon planners you sometimes read about who are busy wondering what would happen if America got tied up in simultaneous wars with China and Russia, during an Ebola pandemic, when suddenly “the big one” hits: California breaks off from the mainland in a catastrophic earthquake.

The article is propped up with official statements from various European agencies, stats from retailers (sales of space heaters are up at least 4-500% in Germany and Austria), and conversations with people who have some apparent expertise in the energy or disaster preparedness areas.

I found one citation in particular very interesting:

According to the former editor-in-chief of Bild, Julian Reichelt, who was fired due to several #metoo-related cases, the German government had to be briefed on a worst-case scenario consisting of several weeks of blackout across Europe.

“After three days without power, people will start looting the cities,” he predicts in a new video on his YouTube channel, Achtung Reichelt.

That’s the only mention of Reichelt in the entire piece.

The article is supposed to be about the challenges Europe faces this coming winter due to insufficient energy, and it’s quoting an off-the-cuff prediction made by a disgraced journalist on his own YouTube channel.

I’m intrigued by the question of why journalist Solveig Jensen chose this source and citation: Reichelt has no special expertise on disaster preparedness, energy, or blackouts. On what basis has he determined that the German people will start looting their own cities after 72 hours without power? If the German government had to be briefed on such a scenario, why not just find a source from the government to say so? Was it a secret briefing? Even more intriguing: why the toss-off line about Reichelt’s #metoo transgressions? Why is that relevant? Why does Jensen think we need to know this former editor she’s quoting was fired for “#metoo-related cases?”

If his #metoo disgrace is somehow disqualifying, why didn’t Jensen find someone else who’d made a similar statement but had kept his dick in his pants? If it’s not disqualifying, why mention it? Is he the only person to have offered up such a juicy prediction? If so, doesn’t that alone reflect poorly on its credibility?

Those are all interesting questions to meditate upon, but I can’t help fixating on why Jensen even thought the #metoo thing was worth mentioning—because of what it implies about things that aren’t mentioned.

The current European energy crisis was no act of God or nature. It didn’t come at us out of the blue, like an earthquake or volcano. It’s the logical and predictable consequence of very stupid and naïve decisions made by our governing class under pressure from some very aggressive and extreme interest groups.

Green lobby: I am looking right at you.

But nowhere in Jensen’s article is there any mention of that.

We’re provided the absolute irrelevancy that this one guy was fired because of #metoo stuff, but no background information on where any of these people or agencies stood with respect to closing nuclear power plants, shutting down the coal industry, or building the Nord Stream pipeline from Russia.

Think of it: we apparently have experts all over Europe warning about what could happen this winter due to our lack of energy. Where were they when our governments were creating this mess?

Where were all these visionaries back on May 30, 2011, for example, when Chancellor Merkel’s coalition announced that all 17 of Germany’s nuclear power plants would be shut down by 2022?

Was it beyond their ability, or that of their predecessors, to predict that doing so could result in power shortages in 2022?

How about making a deal with Russia to supply a huge amount of gas to western Europe? Did it not dawn on any of these amazing wunderkinder that relying on a vital resource from a country that even in the best of times has an uneasy relationship with western nations could possibly be problematic at some point in the future? I mean, I’m told by all the brightest people in the world that Donald Trump was the biggest moron ever to occupy the Oval Office, and even he could see that.

The leaders of Europe issue a collective squee! every time they get to shut down another coal operation or cap another North Sea oil rig or take another nuclear plant offline. If we could harness the power of smug, a single session of the European Parliament or meeting of the World Economic Forum could surely meet Europe’s energy needs for a thousand years.

And none of these visionaries have ever thought to speak up and say, “Hey, y’know guys, if we keep shutting down or outsourcing all our reliable fossil-fuel energy sources, we’re gonna have a lot less energy available, and that could be bad.”

In fact, the people who have said things like that have been ridiculed or smeared as insufficiently green. As “climate-deniers.”

Winter is indeed coming. It comes every year. And we survive it because we have heated homes and businesses. That we suddenly may not be able to warm ourselves is not the fault of winter, but of the morons that made the idiotic decisions that led us here.

If today’s journalistic standards allow us to insert, à propos of nothing, that a given individual has a nefarious #metoo history, could we not at least note in passing whether or not they were part of the stupidity that brought us here?

Is being a sleazy sexist worse than depriving Europe of the energy it needs to keep itself warm and safe through winter?

You don’t give your drunken friend the keys to your car. You don’t let a kid in diapers play with a loaded gun. You don’t let your tweener teach herself how to juggle with your Ginsu knives. You don’t do those things because you’d have to be an idiot not to foresee their catastrophic consequences.

But apparently our leaders were too stupid to foresee that shutting down our energy sources and relying on our enemies to pick up the slack would probably bite us in the ass. So stupid, in fact, that they couldn’t even acknowledge the fact when it was spelled out for them in simple declarative sentences.

Julian Reichelt will probably go through the rest of his life tarred as Bild’s disgraced former editor “who was fired due to several #metoo-related cases.”

When are we going to start treating the people who put us in the dire position we’re in right now at least as badly as we treat sleazy newspaper editors?

When will we read of “Angela Merkel, the former chancellor whose policies brought about the 2022 energy crisis?” At least Reichelt was fired: how many of the idiots who shoved these idiotic policies down our throats have paid any political or professional price at all for their stupidity? Will any? Ever?

And winter is coming.