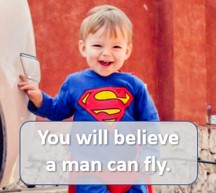 Surely we live on the best of all possible worlds. Surely:

Nobody at the age of zero will get a legal sex change, so it makes sense anyway, says expert
Stine Hansen, TV2 News, August 17

Persons as young as zero must be able to perform legal gender reassignment. The government presented this on Monday in an LGBT+ action plan.

It’s for the children!

Chief physician at the Center for Gender Identity at Aalborg University Hospital Astrid Ditte Højgaard views the proposal positively, because she believes that it will make children who feel like the opposite sex feel much more comfortable in themselves.

“It’s about the welfare of children in their social contexts,” she says.

“If you could help the children who feel like a different gender to change their legal gender and allow them to start school as the boy or girl they know they are, then I think we can make those few that this is about much happier,” says Astrid Ditte Højgaard.

Boy, that’s interesting: “as the boy or girl they know they are.”

How do they know what they are?

They don’t know anything, as Højgaard herself has already told us: they feel something. And what they they feel is that they are not someting that in fact they actually are.

Instead of helping them come to terms with a reality that for whatever reason they’re resisting, the medical establishment and our government think it’s appropriate to indulge those feelings.

Back in 1979, a 4-year-old in Brooklyn was so inspired by the Superman movie (tagline: You’ll believe a man can fly) that he sincerely believed he himself could fly. It’s how he felt. He tried flying from the window of his grandmother’s 7th floor apartment and died of his injuries nine days later.

A preschool boy might feel he’s a girl, but he’s not.

The whole reason we have laws that prevent people from doing particular things before they’ve reached what we often call the age of reason, or of maturity, is that we have long had a civilizational agreement that children, bless their hearts, are idiots. They’re ignorant little barbarians and it’s our job to civilize them.

And to protect them—from the wider world, yes, but also from their own ignorance. From playing with fire, or sticking keys into electrical outlets, or hurling themselves out of seventh-floor windows.

The western world seems to be moving in a direction where instead of civilizing our children we’re allowing ourselves to be barabarized by them. That’s madness.

Specifically, with the LGBT+ plan, the government wants to look at the possibility of removing the lower age limit for legal gender reassignment. However, children under the age of 15 must have the consent of their parents and receive age-appropriate advice.

Well thank God for that.

Especially since we’re only talking about a change of social security numbers.

But take a look across the Atlantic and see which the way the wind is blowing and understand: it won’t be long before “gender-affirming” drugs and surgeries are made available to children here in Denmark, even if their parents object.

If you have a strong stomach, I’d recommend reading Rod Dreher’s “Trans Totalitarianism: Time For Moral Panic,” over on The American Conservative. Dreher is a conservative and an Orthodox Christian: he had been a Catholic but in covering “the systematic sexual abuse of children within Catholic clerical circles, and the systematic cover-up of same” he says he burned out and lost his ability to believe as a Catholic.

He sees (and describes) parallels between today’s tolerance for the physical and chemical mutilation of our children with the way that “far too many lay Catholics preferred to keep their peace of mind, even though it was based on sheer denial of the reality of evil in their midst, than to take a stand.”

When I was reporting Live Not By Lies, I talked to a senior physician at a major US hospital in a conservative state. The man only talked to me if I agreed not to use his name. His family emigrated to the West from the USSR when he was a child. Now, he said, he is seeing things that didn’t even exist in the Soviet Union. He told me that at his hospital, the management instructed all the physicians to give to any patient, including children, any gender-transition assistance they asked for—even if it violated the physician’s best judgment about that particular patient. There was no other health care issue in which doctors were told by the hospital to suspend their medical judgment to give a patient what he or she wants. Why do you think that is, reader? When the lawsuits begin, I wonder if “just following orders” will protect doctors?

By the way, this particular physician told me that the HR department at his hospital monitored their social media accounts, looking for wrongthink. He said that if he didn’t have a social media account, that would cause HR to flag him as a potential problem. So he kept his account up, but only put happy-clappy “wellness” things on it. This man is a top doctor at one of the country’s biggest hospitals, and he has to live in that kind of fear. Why doesn’t he quit? Because he has a family, and tuition to pay, and all the usual reasons. The other day in Vienna, I talked to a young Muslim from Canada, a man who works in IT. We agreed that the Canadian government is insane, and that trans ideology is destroying children and families. “Why don’t people stand up?” he said. I asked him if he would stand up, knowing that it would probably cost him his job. He thought for a second, and said, no, he guesses that he wouldn’t.

That’s the way the winds are blowing: doctors will allow our children to poison and mutilate themselves without their parents’ knowledge or consent, even if they don’t think it’s in the child’s best interests, because otherwise people will make their lives difficult.

How did people who think like this acquire such power over the rest of us?

Why are our governments and medical establishments not merely acquiescing this monstrousness, but actively advancing it?

Part of me wants to walk away from the whole trans issue. I don’t like how often I find myself writing about it. I consider myself a compassionate person (and if that’s how I “identify,” you’re committing a hate crime if you disagree) and I have bottomless compassion for the tiny handful of people who genuinely suffer from body dysmorphia—even as I recognize it for what it is, which is a mental disorder.

How can the idea that one is physically something that one is emphatically not be anything but a mental disorder?

By god, if transgender medicines and surgeries can make life bearable for people suffering so badly, by all means grant them access… but only after everything else has been tried.

The man who insists he’s a swan is not feathered and given a lake. The woman who insists she’s Cleopatra is not given a barge and a retinue of eunuchs.

We don’t “celebrate” schizophrenia, bipolar disorder, or agoraphobia. We recognize them as signs of a malfunctioning organism and we treat them.

I’d already started this post when I came across this video from Jordan Peterson, posted just yesterday:

I’m grateful for having come across it, because it helps me understand the particular cultural dysfunction we’re experiencing from a broader perspective.

Peterson approaches the issue from his training and experience as a clinical psychologist—so be prepared for a lot of Freud and Jung and Piaget—but his professorial experience also comes into play as he walks viewers through the actual behavioral science behind the process I myself tossed off so crudley as “civilizing our little barbarians.”

In fact, according to Peterson, we’re typically only barbarians until about the age of two. There’s only minimal socialization to that point: our developmental focus is on mastering the elementary skills like learning to move our digits and limbs, learning to eat and drink, to walk and talk and run and kick and play.

The playing is of particular importance. Prior to the age of two, play tends to be personal. From the age of two to about the age of four, however, our play becomes more social. We learn to include others in our own play and to include ourselves in the play of others. Parents know this: two-year-olds tend to play alongside one another; as they get older, they increasingly play with one another. That’s a massive developmental step (says Peterson), and the child who hasn’t learned to integrate his or her play with others by the age of four is going to have problems.

But these aren’t just random thoughts on developmental or behavioral psychology that Peterson felt like sharing: they have a point.

And his point is stated very concisely at about the 29:40 mark of the video.

He says: “Identity is negotiated, plain and simple.”

(He digress a little to explain that there was a divide among developmental psychologists between those who believed socialization was something imposed upon us, something coerced, and those who believed that it’s something the human organism aspires to naturally as a social creature; it’s apparently the latter school that prevails today.)

Peterson believes that for a number of reasons—he enumerates and elaborates upon five or six, I think, including older and consequently more affluent parents, the prevalence of single mothers, excessive screen time, and discouragement of competitive activities that produce winners and losers—the current generation of western youth have been developmentally blocked. Not only have they not learned to fully integrate others into their play, but they’ve been actively encouraged not to. They’ve been coddled and protected and led to believe that they themselves are the measure of all things.

Identity is negotiated, but we face a generation (or generations?) overflowing with individuals who walked away from the table—and therefore haven’t yet achieved the socialization of healthy four-year-olds.

Very early in the video Peterson talks about developmental fixation. He recounts the experience of watching one of his patients, a woman in her 50s, regress to childhood as she tells him about the abuse she suffered at the hands of a nurse while recovering from a devastating accident as a child. He says he could practically see the child she was at the time of the trauma: her entire mien, her gestures, how she moved.

But this is quite normal, he says. He explains Freud’s definition of fixation: that when we are blocked from further development of our personality by some absolutely insuperable obstacle, we tend to retain the behaviors that we had at the age of the impediment.

The young men and women who insist their identity is not negotiable, and who insist on defining their own sex, gender, sexuality, or whatever else, and demanding that the world play along, and who throw wild and hysterical fits when presented with any opposition, and seek to punish and harm anyone responsible for it—developmentally speaking, these are people stuck at the age of two or three. They have not learned to integrate others into their play. They have not learned to negotiate their identity.

They have strapped on their capes and are standing on grandma’s window sill.

And we’re supposed to shout “jump!“