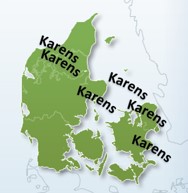 First, the Martha’s Vineyard immigrant story is all I want to write about. It’s the most perfect distillation of everything that’s wrong with the modern American left, and it just keeps getting better: yesterday, the Governor of Massachusetts requested 125 National Guard members to assist with the transportation of those migrants off of Martha’s Vineyard and on to a Cape Cod military base. That’s exactly 2½ guardsmen per migrant. If that’s what it takes to deal with the “humanitarian crisis” Massachusetts faces with the arrival of 50 migrants, when can Governor Abbot of Texas expect the arrival of 525,000 National Guard members to help with the roughly 210,000 illegals crossing into Texas every month? And hey, Ken Burns, if sending migrants on chartered planes to Martha’s Vineyard is just like the Holocaust, isn’t it even worse to send them on buses to a military base? But what’s worse than the Holocaust…? Hiroshima? Keep red-pilling Americans, you magnificent bastards!

Second, you may have noticed that audio has not yet resumed. I know you’re all pining for the dulcet tones of my golden voice to return, but the house renovations are taking longer than expected and I’ve been through weeks of successive, unrelated, entirely stupid health issues: none of them serious or worrisome, but all of them disruptive.

Karens are now such a staple of western culture that Danmarks Radio (DR) is already trotting out experts to warn us about their expected arrival for the holiday season. Seriously: it’s like a seasonal Karen forecast: “We’re looking at a 40% chance of precipitation and a 75% chance of Karens. . .”

It’s perfect, isn’t it? A Karen forecast provided by “experts.”

Even more interesting is the passive phrasing, which persists throughout the article. There’s talk of people being shamed, and of shaming, but nothing about any actual shamers.

When communities have to change habits and norms, shaming and moralizing arise very easily, where one points fingers at those one feels are not following the new norms or are wasting the community’s resources.

Shaming and moralizing just “arise.” There’s no human agency involved. These things just happen, like snowstorms and earthquakes. Once they arise, fingers are suddenly being pointed.

The DR journalist, Josefine Rasmussen, leads into that citation just as passively, noting that as a consequence of any changes in our consumption habits there’s “an increased chance that one will be met with criticism” for not playing along.

What they’re both saying—the journalist and the “expert”—is that, given the opportunity, a lot of people feel immediately entitled to get all in your face.

What gives them that sense of moral superiority? What actuates them to feel empowered to harass total strangers? No one seems to care. They just do, I guess: Karens gonna Karen.

Christmas lights can be a very obvious target for shaming precisely because that’s something one puts on display for others. If companies have a lot of Christmas lights, then we can see people being very aggressive on social media, especially if we’re facing a severe winter.

Ah: we can see people getting aggressive on social media.

Once again, no talk of individual agency. No suggestion that maybe those people ought to get a life. No wondering aloud whether social media are mostly just megaphones for malcontents. No examination of what drives ordinary people to become hectoring harridans. It’s just something that happens.

Rasmussen then presents us with one Nikolaj Christensen. Five years ago Nikolaj and his family moved to the community of Assens in northern Jylland. Their home is on a street called Vibevej.

Christmas decorations are not usually spared. Every year, colorful string lights and LED reindeer and Santa figures light up the neighborhood.

And it’s not a tradition they intend to give up, says Nikolaj Christensen… For them, criticisms of power consumption mean nothing.

“It’s people’s attitude, I have mine and they have theirs. It’s not because we don’t want to listen to people, but Christmas only comes once a year.”

Actually, it is because they don’t want to listen to people, and there’s nothing wrong with that. See how Rasmussen has put him on the defensive? He and his neighbors are going to do what they’ve been doing every Christmas season. Their behavior isn’t changing. What’s changing is that this season the experts predict they’ll be facing harassment for it.

And it’s not like the good people of Vibevej are ignoring the energy crisis entirely:

The neighbors held a joint meeting to discuss what to do about the Christmas lights this year, says Nikolaj Christensen.

“We’ll turn down the Christmas lights for four hours a day to show that we’re not totally indifferent to the situation we’re in.”

Perfectly reasonable. If they’re willing and able to pay for it, why on earth shouldn’t they be permitted to do whatever the hell they want? Why is it simply accepted as a given that it’s okay for swarms of Karens to bully and harass people who want to illuminate their homes for the holiday season?

Rasmussen drags in another expert, a professor of “Energy Planning,” who makes two quick points: first, it’s a good idea to cut down on power consumption “because even small power savings can make a big difference.” Second, and more importantly, “There’s no point in shaming others, because even if someone chooses to put up Christmas lights in grand style, there’s no way of knowing whether they’ve made huge reductions on their electricity elsewhere.”

Exactly! . . . But also irrelevant. Other people’s choices are none of your damn business, Karen!

Rasmussen wraps things up with a case study: that of Aalborg Zoo.

Every Christmas season, she informs us, Aalborg Zoo is decorated with lots of Christmas lights and this year is not going to be an exception. According to managing director Henrik Vesterskov Johansen:

We fully understand that we must conserve resources. But the consumption for Christmas lights during the entire opening period corresponds to 500 kilowatt-hours, and that is not very much at all compared to the consumption of an average family.

Indeed. An average Danish family of four uses 4000 kilowatt-hours per year, meaning they go through 500 every six weeks or so (consumption is almost certainly higher in the dark winter months and lower in the virtually endless sunlight of summer, but never mind that).

“It’s even important to save at Aalborg Zoo, even if they think Christmas lights don’t take up much of their own budget.”

Johansen obviously disagrees, and Rasmussen lets him have the last word:

Pretty sensible argument, right? I mean, who wants to wander around a gloomy dark zoo in December?

So that’s where the article ends.

The article about the risk people run of being shamed for ostentatious displays of electrical consumption this winter.

The article that doesn’t take any position at all on whether or not that kind of shaming is warranted, or why any Danes would feel entitled to act as energy consumption vigilantes.

Maybe DR could have talked to other experts to explore all that. Maybe they could have talked to some of the actual people already engaged in public shaming: why are you taking time out of your day to shame others for their use of electricity? Why do you believe they need to hear from you? Do you believe you know enough about the totality of their energy consumption to make these statements?

The media’s habitual use of the passive voice used almost exclusively when someone affiliated with the left (or one of the leftist approved victim groups) does something bad is fascinating and could fill up several tomes, if anyone had the energy to catalogue them all.

But it has gotten to the point that just as you know automatically what party a politician belongs to in the US, if an article about a political scandal does not mention party affiliation, you can tell that DR would really like everyone to get with the program and just obey the new “rules”.

Yep… Good example: according to the establishment media, Ron DeSantis sent 50 migrants to Martha’s Vineyard. But somehow or other those migrants were then transported to Joint Base Cape Cod with no human agency at all. For example, this from Politico: “Migrants who arrived in Martha’s Vineyard moved to Cape Cod.” Other Politico headlines on the topic refer to “DeSantis’ mirgant transports” and “DeSantis’ migrant stunt.” Fair enough, but who moved them off the island to Cape Cod? Who sent them to a military base? We’ll never know.

I don’t know why the font is like that.