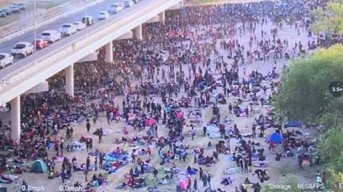 The phrase “virtue signalling” entered the lexicon several decades ago as a critical description of moral valor being asserted without being demonstrated.

The phrase is used often enough these days that everyone knows what it means.

The earliest example I can recall of such posturing was probably the “nuclear free zones” declared by liberal municipalities back in the 1980s. (The first was apparently Manchester, England, which declared itself a nuclear-free zone on October 5, 1980.)

No one had proposed planting missile silos or nuclear power plants in one of the UKs most populous cities. No one was suggesting Manchester house a nuclear waste site, or even that nuclear waste be transported through it on lorries or trains. But so heroic were the mighty Mancunians of 1980, so proud of their stand against nuclear anything, that they declared their nuclear-free city a nuclear-free zone.

I’m sure history abounds with examples of that kind of easy valor, the nuclear free zones were just the first to catch my own eyes.

Virtue is its own signal: do the right thing and you don’t need tee-shirts, bumper stickers, or municipal proclamations to advertise the fact.

Signaling one’s own virtue is not proof that one is in actual possession of the advertised virtue, just as the signals a poker player sends with his bets don’t necessarily correspond to the reality of his hand.

A big raise, after all, signals a strong hand, but it doesn’t prove one. The question other players have to consider is whether that signal is accurate.

If it’s not—if the raise was just intended to scare everyone else into folding—then that raise was a bluff.

Bluffing is obvioulsy a big part of poker: it’s necessary to keep your opponents guessing.

Some bluffs are never called.

For years—decades—the very fine people of the very fine left have been signaling their support for illegal immigration. As early as the 1990s, in fact, the left was showing their love by refusing even to acknowledge the phenomenon: no human beings are “illegal,” they told us. These poor people are just undocumented.

Anyone opposed to the stream of undocumented migrants pouring into America, they said, was necessarily racist. I myself—a legal immigrant to Denmark, married to a Dane who lived ten years as a legal resident alien in the United States—have frequently been accused of latent racism for my stance on illegal immigration (my stance is: it’s illegal so we should stop it).

Donald Trump made the southern border one of his main campaign issues in 2016—and won. His observation during the campaign that there were a lot of bad people—such as rapists, murderers, and drug dealers—sneaking into the country as part of that human throng was decried as proof of his racism, despite the obvious and demonstrable truth of his observation. (“He said all Mexicans are rapists and murderers!” lied the left.)

But most of all, the very fine people of the very fine left have signaled their virtuous support for illegal immigration by the establishment of so-called “sanctuary cities,” or even “sanctuary states,” where federal immigration laws are (illegally) ignored—most pointedly by refusing to make federal Immigration and Customs Enforcement (ICE) officials aware of illegal aliens who’ve been arrested in their jurisdictions.

As of March 2021 (the most recent compilation I could find), according to one pro-illegal immigration website, there were 37 sanctuary cities in the United States. Not a single one of them is a border town. Not one. Let that sink in. Just scanning the list by eye I was able to count at least 27 cities that I knew to be at least one thousand miles from the southern border.

It’s easy for cities like Baltimore, Boston, Chicago, Hartford, Newark, Philadelphia, Portland, Providence, and Seattle to embrace and encourage illegal immigration: of the thousands and thousands of immigrants crossing the southern border illegally every day, only a handful at most will find their way to those northern towns.

But the communities along America’s southern border aren’t getting little handfuls of immigrants: they’re absorbing thousands every day of every week, every week of every month. More than they can accommodate. More than the federal officials down there can even process. They are overwhelmed.

The left doesn’t care. They can’t care: it would interfere with their noble insistence on the absolute right of anyone, anywhere, to come to America’s blessed shores and partake of its glorious bounty. Legal, illegal, who cares? Not Lady Liberty! Not the mayors and city councils and voters of the great northern cities!

They don’t care because they don’t have to care. Because it’s not their problem.

At least, it wasn’t.

The migrants got off the planes from Florida and could be seen on the tarmac at Martha’s Vineyard Airport on the small Massachusetts island, Fox News Digital reported.

A spokesperson for the Republican governor confirmed in a statement to the outlet that the flights were “part of the state’s relocation program to transport illegal immigrants to sanctuary destinations.”

“States like Massachusetts, New York and California will better facilitate the care of these individuals who they have invited into our country by incentivizing illegal immigration through their designation as ‘sanctuary states’ and support for the Biden administration’s open border policies,” said Taryn Fenske, the governor’s communication director.

This is really just an escalation of something that’s been going on for a while now, with the Republican-run border states of Texas and Florida sending immigrants to “progressive” northern cities: I wrote last weekend about the migrants sent from conservative Texas to liberal Chicago, thence onward to the conservative suburb of Burr Ridge. Texas Governor Greg Abbott also recently sent a couple of busloads of migrants to Vice President Kamala Harris’s neighborhood. Other buses have dropped migrants in Washington D.C. to the horror of its sanctuary-extolling mayor Muriel Bowser.

The recipients of these bus- and planeloads are not taking it well, despite the fact that they’re receiving an almost insubstantial fraction of the hundreds of thousands of migrants pouring into Texas alone every month.

The Federalist has a round-up of reactions to the gambit:

On Wednesday, Illinois’ Democrat Governor J.B. Pritzker declared a disaster and deployed the National Guard after just more than 500 migrants were brought to his state. Chicago Mayor Lori Lightfoot joined the governor at an afternoon press conference to plead for federal assistance.

The talking heads on television and social media are all a-quiver:

“[Governor Ron DeSantis’s] heartlessness and cynicism is hard to exaggerate,” (Max) Boot wrote on Twitter Thursday morning. “Beneath contempt. He would be very dangerous is he ever became president.”

Let them declare all the emergenices they want. Let them pout and stomp their feet until the cows come home. DeSantis and Abbott called their bluff and they’re busted. That’s now plain to anyone with eyes to see and ears to hear. The left cannot unring the bell of Sanctuary! that they’ve been tolling for the past thirty years.

The very fine people of Martha’s Vineyard, it should be remembered, were very green until it was proposed that a windmill farm be placed in the waters around the island: they couldn’t have that because it would ruin the view.

Similarly, the very fine people of Martha’s Vineyard were very supportive of illegal immigration until 50 illegal immigrants arrived on their island. Now it’s a “humanitarian crisis” because “We cannot, we do not, have the services to take care of 50 immigrants… We’re in a housing crisis as we are on this island… So we don’t, we can’t, house everyone here that lives here and works here.”

One snarky Twitter user quipped, “A quick Air BNB search came up with 297 homes currently avaliable. I’m sure they have a lot of empty summer homes avalible.”

If the arrival of 50 migrants is a humanitarian crisis, what on earth is the arrival of 7000-8000 per day? That’s what Texas is facing, largely because of the open borders policy endorsed by the American left.

That’s close to a quarter-million people per month. Every month. And the little border towns of Texas are supposed to just shut up and deal, when a posh little place like Martha’s Vineyard can’t even handle a one-shot infusion of fifty newcomers?

The bluff has been called.

Clearly this is the part of the Vonnegut novel where the reader is just laughing his ass off.

I wonder if it possible to die of schadenfreude? I can’t seem to stop laughing.