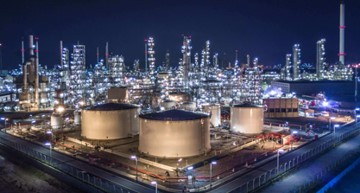 It’s actually to spin, not sew, but teaching naked women to spin is weirdly ambiguous in English—it might just as easily be a reference to pole-dancing classes. A figurative translation is better: necessity is the mother of invention.

(This is a post about economics, by the way, so you can forget about all those naked women now.)

Necessity, as we were saying, is the mother of invention. Those are the opening words of a Berlingske piece describing the solutions Prime Minister Mette Frederiksen offered our nation last night.

Solutions to what, you ask?

More specifically, to the economic hardship facing Danes as a consequence of energy bills coming in at five, six, even seven times the amount they did at this time last year.

And what necessity has summoned the need for this solution?

The necessity for Danes to be able to heat themselves through the coming winter without going bankrupt—or, worse, voting for the opposition parties in the forthcoming election.

(I’ll say it again: this energy crisis was a product of our own making, and the first thing we ought to do as part of any solution is to chart a course toward reliable energy independence—and get anyone who stands in the way of that removed from office. That’s the solution: everything else is just an adaptation.)

We’ve apparently reached the point in the movie where the lead characters realize the disaster is not just approaching but has struck them—and the bit players and extras begin flailing around in panic. The 150-foot wave is hitting the Poseidon. The fire in the world’s tallest building is now burning out of control. The Titanic is beginning to sink. Gunshots reported at Nakatomi Tower.

The days are already getting darker and cooler here in northern Europe and we’re not going to have enough energy this winter—and the energy we can get our hands on is going to cost a fortune. So much, in fact, that it could prove ruinous to many familes and even small companies.

Here’s how the Finance Ministry itself phrases the government’s proposal:

The government intends to set a temporary ceiling on how high the price can be for electricity, gas, and district heating. It is also proposed that the state guarantees the households’ frozen debt to the energy companies.

At the same time, the state will make liquidity available to the energy companies in the form of state loans, as compensation for the part of the energy bill that is postponed as a result of the cap on consumers’ bills.

It is proposed that households be given the opportunity to repay the loan to the energy company over five years, and that the loan be offered at a low interest rate.

Many smaller Danish companies are also in a difficult situation with the high energy prices. Therefore, the government is working on how a scheme can also include companies, including cultural and association life.

Finance Minister Nicolai Wammen will invite negotiations with the parties in the Folketing tomorrow, Thursday 15 September.

Berlingske makes the point that this isn’t actually a price ceiling, but the establishment of energy overdraft accounts: we’ll still be charged these exorbitant new prices, we’ll just have the luxury of an option to pay the “excess” amounts over a five-year term—with interest.

After all, it’s concepually simple to say that people should have the right to finance the amount of their bills that exceeds their bill from one year ago, but reflect for a moment on what that means in terms of energy company accounting systems. That, too, may seem like a small thing, but I’ve worked at two big Danish financial institutions and one major media company while they underwent core system upgrades: in all three cases the changes took several years, cost tens of billions of kroner (many billions of dollars), disrupted all operations, and produced huge employee turnover.

If this is being done by government fiat, is it fair that those companies bear that burden with nothing more than a promise that they can borrow as much as they need from the government?

GOVERNMENT: “We’re going to throw this brick through your windshield.”

GOVERNMENT: “Don’t worry, we’ll lend you the money to fix it.”

CAR OWNER: “But I’m still the one that has to pay for it.”

GOVERNMENT: “Uh yeah we really want to throw this brick so shut up now please.”

I don’t see the justice in that, but what the hell: those energy companies are just capitalist vampires sucking the blood right out of us. The bastards!

As to the consumer side of things, I’m sure it’s a great relief to many Danes, myself included, not to have to pay these supersized heating and electricity bills in gigantic lump sums—but as Berlingske notes:

If you have a strained budget or are up to your eyeballs in debt, a family with electric heating and an extra bill of 62,100 kroner (as in the government’s own example) can face having to pay 12,000 kroner a year—before interest—after this winter.

Before interest and in addition to the already high amounts paid last season. And with inflation driving the costs of everything else upward as well.

Better than having one’s power cut off, but no small thing—and what if we haven’t got this all sorted out by the next winter? (I assume the government knows that winter is a recurring thing.)

One bright side: if inflation keeps up, it could erase a pretty good chunk of that burden over the next five years.

What will be the unintended consequences of forcing this new financial instrument on the energy sector? On the inevitable assumption of additional debt by most Danish households??

Anyone thinking that through? Anyone in the government asking similar questions?

Any government funds being redirected to speed up our energy independence? Or is the plan just to keep treating the symptoms while crossing our fingers and hoping the fossil fuel shortage we created will just sort of fade away on its own?

We no longer live in a world where anyone seems to understand, or at least care about, the very basic principles of cause and effect or supply and demand—or to take them seriously, in any case.

Too many people live in cities surrounded by conveniences they take for granted. I mean there are too many people in northern cities who think the presence of avocadoes and bananas at the store down the street is a birthright rather than a miracle of industry and transportation. Too many people all over who don’t understand that their power supply relies quite largely on the burning of fuels that don’t simply bubble up out of a magic well next to the plant.

At the age of five or six, one of my nieces asked her mother, my sister, where meat came from.

Sister was unsure how to answer: Niece was a very sensitive and gentle creature.

“Where do you think it comes from?” Sister asked.

(Niece is now a grown woman with no aversion to meat.)

It’s okay to spare a child some of life’s uglier truths. It’s often even necessary.

The adult citizens of self-governing republics cannot be permitted such happy ignorance.

We live in a world where too many people seem to believe that because their own neighborhoods are free of mines, refineries, derricks, processing plants, railyards, slaughterhouses, or any other industrial uglinesses, those things are unnecessary.

This winter may offer a good refresher course for those who need one.