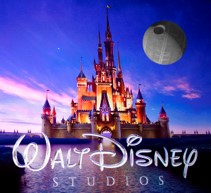 The Little Mermaid was among my daughters’ favorite movies when they were very young.

They knew it was a Danish story—they’d been riding “The Flying Trunk” at Tivoli since before they could walk or talk. That’s a very slow, very gentle indoor ride through various semi-animatronic scenes from the works of Hans Christian Andersen, including The Little Mermaid.

We’d also dragged them along with us to that anti-colossus of Copenhagen Harbor, the mermaid statue, every time we entertained guests from out of town. Also from before they could walk or talk.

Youngest was so fond of the movie and its characters that we’ve always assumed her aversion to lobster had something to do with her fondness for Sebastian.

Did it matter to them that Ariel was Danish?

Did it matter to them that Ariel was “white”—like them?

I doubt that too, given how much they loved all the other princesses in all their various hues.

I mention all this because of an article published last week in the Danish press:

The headline’s probably enough for you to guess what it’s all about.

As early as 2019, when Disney announced that the black singer Halle Bailey would play the title role in a new version of The Little Mermaid, the actress’s skin color caused anger to overflow on social media. At the same time, many African Americans welcomed the choice.

God, how I hate this shit.

The debate has several sides. There are those who focus on Disney’s casting choice and the importance of children of other ethnicities also having film and television role models who look like themselves. That debate has attended several of the now many films in which blacks and Asians have been given prominent roles, including the new Star Wars films.

Then there are those who believe that skin color is irrelevant. This group is usually accused of being “blind to privilege.”

Finally, there’s a group that believes Disney is committing violence against the publisher by changing the skin color of the protagonist.

It’s all so dreary. So tedious. So utterly unproductive.

Lindberg tries to spice it up with a little Twitter: first he cites a tweet by “very successful” director James Gunn. Here it is in its entirety:

I can’t believe there are people upset about the color of a mermaid’s skin. 😂

(I have some thoughts on what James Gunn can and can’t believe, but we’ll leave those aside.)

Next, of course, we get the counterpoint:

“What if I told you that the mermaid myth arose in many places independently of one another, but this specific story is based on a European folklore-inspired Danish tale of a white mermaid, written by Denmark’s most famous author, and which has become an iconic cultural symbol for that nation,” writes “Persy,” who elsewhere in the thread calls the color change “anti-white propaganda.”

And then of course the counter-counterpoint:

Elsewhere in the thread, the alleged Danishness of the little mermaid is highlighted, after which an opponent responds with a picture that probably originates from a Dutch festival with white people in Swarte Piet “blackface”—and the comment: “The Danes will probably manage.”

The tweet is no longer available in the article and appears to have been deleted.

There’s no “Swarte Piet” in Denmark, Denmark isn’t the Netherlands, there are no public festivals for which Danes do themselves up in blackface. But yeah, the Danes will indeed “probably manage” anyway.

The debate has spawned many ironic comments from both “Team Bailey” and its opponents. The latter have started posting a photoshopped image of the black superhero character Black Panther, but with a white, red-haired actor in the role.

He means this one:

Lindberg closes by reminding us all that Disney has a history of casting non-white actors in fairy tale roles.

It’s hard to care about any of that.

As I said up top, I don’t think my daughters ever gave a damn what color Ariel’s skin was. Neither girl ever asked why a lobster who hadn’t been boiled was red, or why Ursula was blue. Neither seemed at all concerned that Jasmine was brown, or that Tiana was black, or that Mulan was Asian: it was enough that they were princesses.

And that whole “kids want role models who look like them” sort of falls apart when you’re talking about a character best known for being half fish. How many kids do you know of any color with scaly tails instead of legs?

The thing I find most interesting about the whole kerfuffle is something Lindberg doesn’t even touch on. It has nothing to do with race and everything to do with culture.

It’s hard to overstate the importance of H.C. Andersen to Danish culture. The main thoroughfare of downtown Copenhagen is H.C. Andersen Boulevard. His (alleged) childhood home in Odense is a museum, and Odense recently opened a vast “H.C. Andersen House” museum that’s entirely dedicated to the man and his works.

The man, his stories, and his characters are deeply enmeshed in the fabric of Danish life: it took Denmark to create him, and he in turn added immeasurably to Denmark.

So maybe instead of fixating on race, how about cultural appropriation?

Is that no longer a thing?

I certainly hope it’s no longer a thing, but I suspect is is still a thing, only it’s one of those things that’s only a thing when it’s a predominantly white culture borrowing from a predominately non-white culture.

Do I care personally? Not in the least. I’m all in the favor of cross-pollenating cultures wherever and whenever we can.

But I’m pretty sure I heard that cultural appropriation was a thing.

I don’t care one way or the other, I’d just like to know what all the things are.

So: is the casting of a black Ariel a race thing (“diversity, hurrah”), or a cultural appropriation thing (“boo, hiss”)?

Could it be both?

Or is it neither?

Or could we maybe just forget about all the damn things and just see whether or not it’s a decent movie before we start having opinions about it?