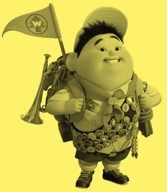 The other evening Danish televison aired a news program entitled “the time of the crises.” I don’t remember what channel it was on, who was hosting, who was participating, or even any specifics about what was discussed for the few minutes I gave it attention.

It was a panel discussion about all the various crises piling up in Denmark right now.

I suppose nothing about it really stands out because every news program in Denmark these days is about “the time of the crises”—they just don’t use that as a title.

We’ve got the economic and logistical hangover from our reaction to the pandemic, galloping inflation, an escalating European war, and an energy shortage. The dovetailing of these crises has created a whole genre of piggyback crises of varying intensity and significance: sudden shortages or outages of particular products and services, for example, and disruptions in the employment and housing markets. We’re still engaged in the ongoing struggle to assimilate the wave of non-western immigrants absorbed over the past decade. There’s a lot going on.

So it’s no surprise that here in September 2022, I’m less worried about the particular crises we face than I am about our reactions to them.

At the end of last week, for example, the Danish government passed a series of measures that we can lump together as “crisis measures.” Most of them were small potatoes.

Among the “solutions” that managed to pass was the option for Danes to have their energy bills financed over five years. Not their entire energy bill, but the amount in excess of their previous bill from one year ago.

(I’m using “goobers” as a generic currency to avoid going back and forth between dollars and kroner.)

The government will pay the energy company that amount on your behalf right away, then starting one year from your payment date you would begin making quarterly payments on the amount, along with a little interest. It would just be added on top of your actual energy bill for that quarter. So a loan of 600 goobers spread over 16 quarterly payments would be just about 38 goobers per quarter added to your normal bill.

This option will be available beginning on 1 November.

Herself and I have already received our third quarter natural gas bill, as I noted earlier this week, and it’s a monster. It would be very helpful to get a big chunk of it deferred, but we cannot: payment is due in the first week of October.

So we will have to make this massive outlay now.

We’re hardly alone in that: it’s not like we’re the only natural gas customers getting a monster bill that has to be paid before November 1.

So what’s going to happen in the time between now and November 1 is that a lot of Danes are going to throw a lot of their hard-won goobers at the energy companies.

Every goober spent on energy is obviously one less goober that can be spent elsewhere. Danes are therefore likely to cut back significantly on the things that are easiest to do without: take-out dinners, say. Lunches out. Café visits. And they’ll trim spending on luxuries, spending less on vacations and other recreational activities.

The businesses in those sectors, most of whom are still recovering from the pandemic lockdowns, will therefore face a one-two punch: on the one hand, much higher costs due to their own astronomical energy bills and inflation in general, and on the other hand reduced revenue due to fewer customers, or the same customers simply spending less profligately.

Increased costs at a time of reduced revenue: not a formula for success.

They’ll have two options: raise their prices dramatically (and hope it doesn’t drive away even more customers), or cut a lot of costs.

It’s therefore not unreasonable to suppose that many businesses will have to let employees go. Some may have to shut down completely. None of this is radical conjecture: it’s stuff the Danish newspapers have already been reporting: the layoffs and closures are already underway on a small scale. Conversations about the likelihood of increased layoffs and closures can be found in every Danish news medium. (The televised party leader debate I wrote about last week featured a guy from Denmark’s oldest fishing company with a very simple message: our energy costs are going to drive us out of business before the end of the year.)

Now things get even worse, because the people who’ve been laid off and the businesses who’ve gone out of business are no longer spending any money anywhere. Not for a while, at least. So that’s even less money seeding the Danish economy. The economic contraction tightens, the cycle deepens. Nobody wants that.

(Except the director of the national bank, who warned earlier this week that Denmark should try to avoid economic activity for fear of exacerbating the energy crisis: widespread layoffs and closures would surely bring a smile to his face.)

None of this is inevitable, by the way. I’m airing concerns, not making predictions. But it’s hard to see how such a negative turn of events isn’t likely, given our current trajectory.

Now, while all that’s underway we’ve got the whole mess in Ukraine. Russia is now mobilizing on a truly massive scale and threatening the use of nuclear weapons—and others that they claim the west can’t even imagine. How much of that threat is pure bluff is anybody’s guess, but the mobilization alone has apparently been enough to create a wave of Russsian refugees. Germany has apparently offered to welcome Russians fleeing the draft; “Lithuania, Latvia, Estonia and the Czech Republic struck a different tone, saying they would not offer fleeing Russians refuge.” Go figure.

Ukrainian refugees have already flooded Eastern Europe: how many Russians can realistically be absorbed, even if anyone can be found to take them?

And for how long?

And how confident are we all that the conflict between a massively mobilized Russia moving in on an already totally mobilized Ukraine (armed to the teeth with American and other western weapons) will remain contained?

At the same time, how much more western money is going to be directed to Ukraine at a time when western populations are getting twitchy about their own economies? We’ve got an election coming up in Denmark (not yet announced, but imminent): are politicians going to tell the beleaguered electorate that we must above all keep sending money to Ukraine?

Meanwhile, we’re heading right back into cold and flu and covid season. Will this be the first winter since 2019-20 without widespread lockdowns?

With all of that in play, one might think western governments will simply dip into their tills again—the more irresponsible of them may be tempted to do so, but at this point that would probably do more harm than good: we’ve spent all our money, our economies are shrinking, and if you think inflation’s bad now, imagine what it would be if our governments started printing trillions more goobers.

And finally, what happens one year from now in Denmark if energy prices are still sky high? Do we extend the deferral option another year? Extend the repayment period for another few years?

There’s no good way out of all this. The best case scenario is mostly one of wishcasting:

We hope the Russia-Ukraine conflict comes to a swift conclusion (one way or the other), or at least contracts instead of expanding.

We hope there’s no significant outbreak of a new covid variant this winter.

We hope that it’s a warm, rainy winter.

We hope the current surge of Russian refugees is short-lived.

We hope the universe is kind enough not to throw any further black swans at us before next spring.

So what can we do to avoid the worst case scenario?

First and foremost, crank up the energy. All of it. Nuclear, natural gas, oil, coal. Repair and reactivate old plants and refineries. Build new ones. Invest like crazy in the energy sector. Tear up all the old agreements and treaties and promises that put us in this pretty pickle. Ensure we have the energy we need, when we need it, for decades to come. That will help shorten the current energy crisis and could conceivably help the economy by adding jobs and economic activity to an area of strategic national significance.

Second, don’t let’s sit on our money. Get it circulating. Hoarded money doesn’t help anyone with anything. There’s no period in history, ever, that you can point to and say, “Look how clever they were for clamping down on economic activity.” All you can do is look at the consequences and say, “What on earth possessed them to do something so stupid?”

Third, yes, of course, reduce our energy consumption so we don’t bankrupt ourselves with our energy bills, or the government’s assistance with our energy bills. As I noted the other day, THE SCIENCE has recently revealed that appropriate clothing makes cooler indoor temperatures a matter of indifference.

Fourth: prepare a little for some bad scenarios. (It’s probably too late to fully prepare for the worst.) Stock up on whatever you think your household would need in the event of intermittent blackouts over the course of the winter. You don’t have to go full prepper, but if you’re not at least stocked up (or planning to stock up) on flashlights, candles (and lighters!), canned and preserved foods (and can openers!), extra drinking water (and plenty of booze!), and the like, then you’re really not paying attention. Medicine cabinet fully stocked with non-expired medicines? Maybe more pet food than you ordinarily keep on hand? At least enough toilet paper to see you through another panicked run on toilet paper?

If that sounds a little excessive to you, let me direct your attention to a May 2020 article in the Atlantic entitled “We Should All Be Preppers.” It was a day late and a goober short, obviously, but it’s worth more than a moment’s reflection if you’re unwilling to stock up a little:

Chances are you have a neighbor who was ready for this pandemic. And if you knew they were stockpiling before the disaster, you likely thought they were weirdos. I know I did, even as I traveled the world writing a book about them. Not anymore. Although preppers have long been the subject of ridicule, I imagine many of us will take on some of their habits, or at the very least make space in our closets and garages for nonperishables.

(One nit: the best preparation for the pandemic was to be under 70 and not obese. It was the reaction to the pandemic that caught most people unprepared.)

I never understood the kind of people that ridiculed others for simply trying to be prepared for the unexpected—do we mock people for buying insurance? In any case, it’s hardly hysterical or paranoid to suggest that you’re better off investing in candles now than cursing the darkness later (when a box of candles will surely cost a thousand goobers, if any are even available).

Finally, and certainly most importantly: stop voting for leftists.

Featured image: Russell from Disney’s Up.

Truly, But even that won’t be enough. Large parts of the so-called right is fully onboard with the green train, meaning they are part of the problem and their policy preferences will exacerbate our troubles.