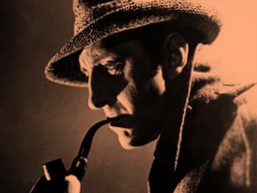 It’s still a truth universally acknowledged that nobody knows who sabotaged the Nord Stream pipelines earlier this week, but the vaporous fog of ignorance has been coalescing into two general assumptions in the establishment media.

The first is something like “We still don’t know who’s responsible, but it was obviously Russia.”

The second: “Anyone who says otherwise is a Putin lackey.”

No one says these things out loud, or writes them out in simple declarative sentences, but they’re palpable from the wording and editorial choices in most of what I’ve read in the English and Danish media. (The most obvious example I’ve seen, just to provide an example, was Berlingske’s caption under an embedded clip of the same Tucker Carlson segment I shared yesterday, which said something like “…in another Fox News clip that will soon be appearing all over Russian television.”)

In questions of war and peace, however, assumptions are worse than dangerous: they can alter the course of history. And not for the better.

Of course Russia may have been responsible for the sabotage. Entirely possible. It’s also possible it was someone else.

Based on the available information, that’s the only reasonable conclusion to be drawn—and yes, an acknowledgment of total ignorance is a legitimate conclusion.

In Rumsfeldian terms, this is the great “known unknown” of the current historical moment: we know that we don’t know who sabotaged the pipelines.

Among the “known knowns” are some facts: many state actors had a motive to do it, several had actually threatened to do it, and it was within all of their means to do it.

The “unknown unknowns” obviously can’t be quantified because they’re unknown.

To suggest that anyone unwilling to ascribe responsibility to Russia right now is somehow defending Russia—is a Putin sympathizer—is as vicious as it is stupid.

Acknowledging ignorance and uncertainty endorses nothing.

When the stakes are low, acting on assumptions instead of knowledge can be reasonable and even necessary: we can’t go through life unable to act unless we know all the facts about everything.

But when we know that we don’t know something, and the consequences of any given decision could result in horrors, then it’s important to remain mindful of our ignorance.

There’s an article in Berlingske today in which former Danish PM and NATO Secretary General Anders Fogh Rasmussen says that in Vladimir Putin the west is facing an enemy as dangerous as Hitler and Stalin. It’s a sobering read: as a former NATO chief, Fogh knows whereof he speaks. He acknowledges western naivete but absolves Russia of nothing:

It is simply untrue that Russia is a victim of anything. They have been given so many chances since the collapse of the Soviet Union and we (in the west) have gone to great lengths to fulfill their wishes. Therefore, I can’t see at all that they can see themselves as victims of anything.

There’s an even more chilling section in which Fogh is pressed on his prognosis for what comes next.

Anders Fogh Rasmussen does not believe that Putin will stop with the military invasion of Ukraine.

That is, militarily as in Ukraine?

And what comes next?

“Then,” says Fogh, “then come the Baltic countries.”

Fogh believes that Putin knows a direct invasion of a NATO country would prove disastrous for Russia: he therefore believes that Putin will simply work to subvert and destablizie the Baltic nations without direct military intervention, with an end goal of establishing a land bridge from Russia to Kalingrad through Lithuania.

It’s a convincing assessment from a man who freely acknowledges he has been wrong in the past and could certainly be wrong now.

I think it’s pretty spot on.

I mention all this only to make the point that Russia does indeed pose a serious threat to Europe (as it almost always has). One can believe that Putin is a monster and that Russia under his leadership is a serious threat and still acknowledge that Russia may not have been responsible for the Nord Stream sabotage.

(There is no mention at all of the episode in the article, which is also interesting.)

By the same token, one can be rooting for Ukraine and still entertain the possibility that Ukraine may have orchestrated the sabotage. One can love America and simultaneously wonder whether they did it.

Uncertainty in the face of zero actual evidence is does not make one complicit in evil. Pretending it does is an evil all its own.

When you have eliminated all which is impossible, then whatever remains, however improbable, must be the truth.

With all due respect to Conan Doyle—and all the fans who’ve enshrined that opium-inspired logic onto the pedestal of Really Smart Things That Made-Up People Have Said—that’s wrong. When you’ve eliminated the impossible, you’re still left with a whole shit-ton of possibilities, many of which are mutually exclusive. The truth could still be any of them.

More to the point, please note what this oft-cited quote does not say. It does not say: “once you have eliminated all the things you don’t want to be true, then whatever fits comfortably within your predispositions is all the truth you need.”

That is, however, a fair description of the establishment media across the western world right now.

That’s not thinking. It’s not rational. It’s not scientific. Worst of all, in hard times like these it’s also very, very dangerous.

Even if you don’t want it to be.