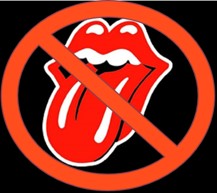 On Sunday, Berlingske published an editorial in which they came out in support of free speech—arguing against the censorship of fake news on the basis of sunlight being the best disinfectant.

Here’s the lede: “Instead of censorship, Western democracies should bet on freedom of expression as the best antidote to the information war.”

That should come as music to the ears of free speech absolutists everywhere.

Unfortunately, I only quoted most of the sentence—you might say I didn’t go full lede.

Instead of censorship, Western democracies should bet on freedom of expression as the best antidote to the information war of authoritarian regimes.

In other words, Berlingske’s all in favor of free speech for authoritarian regimes, but not for western citizens who disagree with the establishment consensus on what is and is not real or true.

Sunlight, by their way of thinking, is not a universal cleanser but a specialized disinfectant whose active ingredient works only on authoritarian regimes.

Putin’s propaganda should not be censored, they’re saying, because we in the west need to see the “perversions” he and his minions are promoting—and what the Russian people are being exposed to.

Fake news and misinformation is a growing problem in a so-called multipolar world, where authoritarian regimes deliberately seek to exploit the openness of liberal democracies to wage information war against the West.

It is of course tempting to imagine that the EU and tech companies are better able to distinguish between fake news and facts, but it is a difficult balancing act that, as the German jurist Björnstjern Baade notes in a post on the legal portal Verfassungsblog, risks degenerating into a slide.

Because when politicians, as in Germany, under threats of fines order tech companies to remove certain content within 24 hours, it is obvious that in cases of doubt the companies will be tempted to choose censorship and deletion at the expense of freedom of expression in the broadest sense.

Fear of government fines induces them to choose censorship over freedom of speech?

We live in an age of wonders.

Now, I myself don’t find it “tempting to imagine” that the EU and tech companies are capable of distinguishing fake news from facts. They both routinely push salonist opinion as fact and suppress opposing points of view as misinformation, as this blog has been chronicling for years.

There’s a hot new take on censorship out there, and it goes something like this: ackshually, you guys, the very fine and very smart people of “the EU and tech companies” aren’t censoring anyone, they’re just curating information to protect you from bad ideas and incomplete, erroneous, or misleading facts.

The EU and tech companies can do that because they know everything and their judgment is infallible. So you should be grateful that they’re protecting you from all the bad stuff zinging around the internet. You’d be so confused!

Sounds facetious, and it is, but that’s the only possible justification for the kind of censorship championed by the salonists: the belief that their own omniscience obliges them to ensure that we ignorant mooks are shielded from… whatever they believe we need to be shielded from: Putin’s propaganda, climate deniers, vaccine skepticism, flat-earthers, the Pelagian heresy, big hair, whatever.

So while it’s “tempting to imagine” that Berlingske has finally climbed aboard the good ship Free Speech—a ship that was built with the press in mind—they’re still lollygagging around on the pier. It’s all well and good to allow authoritarian propaganda to air across the west so we of the dimwitted rabble can see for ourselves the kinds of nonsense they’re feeding their own people, but what good does it do us if our own governments are still controlling what we ourselves can and can’t say?

Free speech isn’t something that comes on an analog scale. It’s binary: you have it or you don’t and there’s nothing in between.

Berlingske could have simply made the point that we shouldn’t censor the propaganda of authoritarian regimes because censorship is an authoritarian tool and has no place in a free society. Instead they offer a weird censorship carve-out for authoritarians.

In these years, the Western community of values ​​is being subjected to an intense pressure test that will probably only intensify in the coming years. In that test, we need more voices that, like Julia Davis, both monitor, dissect, and inform about the madness on Russian TV.

We need more voices to “monitor, dissect, and inform about” everything. That’s the whole point: the only set of people with the wisdom to be entrusted to know everything that can be known by people is the set of all people, so the only viable censor is everyone—which is to say: no one.

That’s the self-correcting magic of free speech: if everything can be said, then everything can also be criticized. Criticism is necessary to harden weakness into strength, to showcase errors in need to correction, to reveal dangerous flaws. Free speech also allows for the expresison of the outlandish ideas, absurdities, and ridiculousnesses that are merely the foam out of which tomorrow’s most important innovations will come.

Remember: it was fact-checkers who didn’t want Galileo’s ideas getting out. It was the establishment that protected the world from the disinformation of the heliocentric theory.

That’s not a call for free speech, it’s just a tweak of the censorship logarithm.

And it’s not enough.

Ooh, extra content!
Ackshually, you know this opens you up for criticism that you are hiding content from our benevolent censors fact-checkers by sneakily putting content into the audio version that is not discernible in the more quickly scannable text.

What a weird position Berlingske is taking. How is it possible cognitively to reach the conclusion that sunlight is the best disinfectant against Russian disinformation aimed at (primarily) Russian audiences, but not apparently against Russian disinformation aimed at Western audiences (which is basically what they are arguing)?