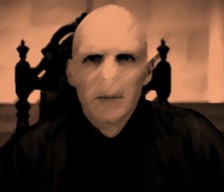 A funny thing happened to Pernille Vermund on the way to the Danish election: Facebook blocked her ability to do live streams or to advertize on their platform.

Vermund is the party leader for Nye Borgerlige—literally “the New Bourgeois”—one of the right-of-center parties in Denmark that’s spent most of this election cycle in a circling firing squad.

Facebook blocked her now for having mentioned a guy’s name in something she posted almost three years ago.

In 2020, Tommy Robinson, who is strongly critical of Islam, was a guest on the DR program “Deadline”—a visit which caused several parties and Robinson himself to accuse DR of manipulation.

Facebook has previously stated that simply writing the name Tommy Robinson on Facebook can result in your account being blocked—unless you are a member of parliament.

I don’t know much about Tommy Robinson. The name rings a bell, and I have a general idea of him being what social scientists describe as “a shit-disturber.” I honestly couldn’t say whether he’s just another conservative getting a bum rap from the media, or a bona-fide racist neo-Nazi white supremacist.

Not only don’t I know which he is, but in this case I don’t care.

I know what you’re thinking. You’re thinking, “Oh, gawd, now Greg’s gonna go off on one of those free speech jeremiads…“

But think again, because I’m about to go off on one of those free speech jeremiads.

(So you can think again about how right you were.)

Remember how creepy it was in Harry Potter when the faculty of Hogwarts kept referring to Voldemort as “he who shall not be named?”

The movie(s) made it very clear that all that mincing around the man’s name only made him more dreadful and powerful. The story was pretty clear about that. You can’t fight an enemy you can’t identify, and how can anyone identify something that can’t be named?

Bear in mind that back in early 2020, when the post that Facebook just now discovered was problematic was originally published, Pernille Vermund wasn’t championing Tommy Voldemort: she wasn’t praising him or his ideas. She wasn’t even agreeing with him on anything. She was criticizing the way taxpayer-funded Danmarks Radio (DR) treated him, and in doing so she had to mention his name.

Given the evidence of DR’s politicization that I’ve provided on this blog over the years, I’m inclined to believe Pernille Vermund when she says her post was merely a criticism of DR’s distorted coverage.

So back in 2020 she published a Facebook post that accused DR of manipulative coverage, based on an episode of the news magazine “Deadline” that featured Tommy Robinson. As Berlingske itself wrote at the time:

An interview with the British Islam critic Tommy Robinson in “Deadline” has cast doubt on the credibility of the DR programme. Because DR failed to tell the whole story about Tommy Robinson’s methods of harassment. Here (in this article), Berlingske tries to tell the story of why Tommy Robinson trooped up to the home of one of his opponents and harassed him.

If that little paragraph, which happens to be the lede of the article from 2020, were posted on Facebook, it would result in Berlingske being temporarily blocked by the platform. Today, in October 2022.

That’s the kind of idiocy we’re talking about.

Pernille Vermund is the leader of a national political party and Facebook chose to block her within a week of a national election for having mentioned someone’s name 34 months ago.

That’s a hell of a coincidence.

Coincidences like that seem to happen a lot on social media. Even more coincidentally, they almost only seem to happen to politicians and publications that aren’t enthusiastic partisans of the left.

Is Berlingske playing fast and loose with the moral hygiene of its readers, or does Berlingske realize that banning someone’s name is utter idiocy?

And really, how childish and stupid is Facebook, anyway? Don’t they realize that anyone who wants to could surely get around their idiotic ban by writing about “Tommy Son of Robin,” for example, or “Tommy you-know-who,” or “T0mmy R0b1ns0n,” or any other of a virtually infinite number of variations? What is it they hope to accomplish by saying, “this human being cannot be named on our platform?”

And who decides which human beings can and cannot be named on Facebook? On what basis?

What if I logged onto Facebook (for the first time in forever) and wrote, “Adolf Hitler was the worst man in the world and I hope he’s burning in hell.”

Would I be blocked from livestreaming or advertising, if those were things I did, for writing the name of Er, dessen Name nicht genannt werden darf?

(Like everything else, “he who must not be named” sounds even nastier in German.)

If not, why on earth would Facebook allow me to use the name of Adolf Hitler (or Joey Stalin or Mao Zedong or Charles Manson) but not the name of Tommy Robinson?

If so—well, God. How will the post-literate generations of the future learn about the evils perpetrated by any of history’s monsters? You think they’re gonna read books? Please.

I mean, what’s the thinking behind Facebook’s policy? Behind any of these byzantine social media policies that are supposed to—well, that’s really the problem, isn’t it? What exactly are they supposed to do? What is their purpose, their function?

You may remember that back in August a British guy asked why he was being arrested and was told by his arresting officer—and I quote verbatim—”Someone has been caused anxiety based on your social media post. That is why you have been arrested.”

So is that the game?

Social media are trying to ensure no one is caused anxiety by anyone else’s posts?

If that were the case, wouldn’t they ban pictures of spiders and slugs and all the gross creepy-crawly things one finds whenever one lifts up a rock? Wouldn’t they prohibit any mention of illness, injury, or death? Of war, famine, or pestilence?

And yet, as Ivan’s devil says in The Brother’s Karamazov:

. . .No, you must go and deny, without denial there’s no criticism and what would a journal be without a column of criticism? Without criticism it would be nothing but one “hosannah.” But nothing but hosannah is not enough for life, the hosannah must be tried in the crucible of doubt and so on, in the same style.

Let’s zoom right in on Dostoyevsky’s money phrase: Nothing but hosannah is not enough for life.

As Vermund herself says:

I think it’s crazy. (The post was) a criticism of DR, and Danes’ freedom of expression must not be limited like this. I think that if Facebook themselves went in and assessed it, they would also say that it’s a tempest in a teapot.

Of course they would. And they will. They’ll clear things up and apologize for the whole big silly misunderstanding.

It is not crazy at all. I think we can safely evaluate this as (yet) another in a long line of precedents.

We need to band the Dangerous people, they say. How to do it?
Easy peasy: Trawl through anything said, written, uttered, or linked to by the Dangerous Person and use that as an excuse to ban them and remove them from the public soap box a few weeks before the election.

It doesn’t matter what the actual proffered justification is. If they can get away with blocking/banning without having to justify it, all the better (to wit, the numerous Youtubers who are told that they are in breach of conduct guidelines without any specifics as to exactly what they did or which guideline was involved), but in some cases (usually Facebook) they will find something they can point to. Is it several years old? No matter.

I am sure Vermund will be reinstated at some point after the election. After all, the review process takes time and thus the purpose has been served.

Is there a double standard? You’re damn right there is. That is how you can tell what the hierarchy looks like, you damn, dirty, lowly peasant.

Mark Steyn was once brought before a Human Rights Tribunal in Canada for racism for having quoted an incendiary imam correctly (for the purpose of criticizing said iman). He beat that rap ultimately, but as he noted, the process was the punishment.

It’s not so much Facebook as the minority of our population, probably only around 15-20% of adults, who have somehow commandeered control of our entire culture.

Study after study shows the general public is nowehere near as delicate, fragile, racist, transphobic, misogynist, or hateful as that minority insists they are, but that minority’s insistence on our essential evil, and our need for protection from ourselves by noble and enlightened souls like them, is the whole basis for their claim to power. Which, to my utter bafflement, we continue to concede.

Facebook doesn’t have to be destroyed: it just needs new management. (Out from which would necessarily come new staffing.)

But I guess we’ll see: if Elon Musk can in fact make Twitter a free space again (not a right-wing space, just a free space), then there’s a template for success.

But you’re right: for the time being, we’re just lowly peasants and there’s nothing to be done but try to get some more damn peasants into positions of power. Which is tough when everything’s stacked against us. How do you unstack a deck?

Well, certainly Facebook is only one of many, and not even necessarily the locus of the rot, though it must rank high in the pantheon of institutions turned towards malevolence.
Whether any of them can really be reformed remains to be seen. I am not optimistic so far.

I am afraid I view Musk’s dalliance with Twitter to be a fearful waste of time and resources that Musk could use better to advance his rockets and other technological marvels, but the man gets to do what he wants with his money, after all.

But at the very least it is high time we normals resume frequent use of that tremendously useful little word that the small minority have become so unaccustomed to hearing: No.