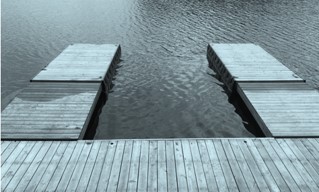 It’s not all doom and gloom out there. Here’s a chirpy little canary in a coal mine that I came across over at Instapundit:

Germany is Dismantling a Wind Farm to Make Way for a Coal Mine
Michael Kern, OilPrice.com, October 26

The symbolism is intoxicating.

A wind farm is being dismantled in western Germany to make way for an expansion of an open-pit lignite coal mine in a “paradoxical” situation highlighting the current prioritization of energy security over clean energy in Europe’s biggest economy.

Commenting on the dismantling of wind turbines to make way for expanding a coal mine, Guido Steffen, a spokesperson for (German power company) RWE, told the Guardian, “We realise this comes across as paradoxical.”

“But that is as matters stand,” Steffen added.

Since when is tearing down fantasy to make way for reality paradoxical?

How deep is the rot in our collective thinking if an energy company spokesman and a staffer at an energy industry website think that tearing down stuff that only gives energy when the wind blows to make room for stuff that gives energy without interruption is “paradoxical?”

Wouldn’t the appropriate word be something like “wise” or “prudent?”

The “paradox” was Europe’s suicidal attempt to convert entirely to renewables before the budding technology was even close to being ready to meet the continent’s very real energy needs.

The “paradox” is the green extremists’ insistence that we can use our societal wealth to phase out dirty energy so rapidly that our societal wealth will be drained and we’ll be left shivering in the dark without all the wealth that gave us the luxury of being so stupid in the first place.

Another word for wind farms giving way to coal mines might be “inevitable.”

Westerners are largely comfortable, lazy, and self-satisfied. Kermit had it all wrong: it’s not just easy to be green, it’s effortless. That’s a big part of its appeal.

It’s so very easy to demand that big companies and people we don’t know make sacrifices, but we’re not so keen on making sacrifices of our own—especially when it comes to things as basic as heating our homes or using our electronics. Or affording our groceries. Or driving our cars.

Or being able to pay rent.

That’s why I think it’s entirely fair—and important—to hold green extremists to their own standards. As Glenn Reynolds likes to say, I’ll believe there’s a climate crisis when you start acting like there’s a climate crisis. As long as the loudest alarmists are flying around on private jets, driving around in gas-guzzlers, and living in palatial homes, how seriously are we we supposed to take their demands that we make sacrifices?

Let them lead the way.

When the apocalyptic greens move into one-room huts off the grid, grow and hunt their own food, forswear all electronics, and travel only by foot or bicycle, then I’ll begin to take their hysteria a little more seriously—or at least give them points for sincerity.

Fire up the fossil fuels! Open up the natural gas fields!

You want a paradox? “Dirty” energy made us wealthy and energy-rich enough to lift our heads from the hardscrabble business of survival—and allowed us the leisure to notice, in our comfort and ease, that our energy was dirty and bad and should really be replaced as soon as possible with good “clean” energy.

Which is fair enough, but I would emphasize the “as soon as possible” part of that sentence. We’re not there yet.

How many people would take public transportation to work if the buses and trains only operated when the sun was shining or a strong wind was blowing?

How many people would work for companies that only promised to pay them most of the time?

How many people would marry someone who promised to be mostly faithful?

More to the point, how many people would trust anyone who told them that any or all of those scenarios were not just acceptable but necessary—and who said that anyone who disagreed was just a science-denying neanderthal racist misogynist transphobe?

I think it’s very good news that people are beginning to wake up the the fact that reliable energy matters. I hope we see more stories like the one from OilPrice.com—and I expect we shall, because (as I’ve already noted) we’re lazy, comfortable, and self-satisfied and just aren’t going to put up with all the hardships and inconveniences that inadequate energy is already starting to bring about.

Whether or not enough people have woken up in time, on the other hand, is a question I’d rather not think about.

Featured image: a pair a docks.

You write
“The “paradox” was Europe’s suicidal attempt to convert entirely to renewables before the budding technology was even close to being ready to meet the continent’s very real energy needs.”

Indeed. But what’s even worse is that the wind and solar technologies will remain intermittent and unreliable forever. Until such time as there is a cheap and easy way to store energy collected via so-called renewables, it is not physically possible to convert entirely or even mostly to these energy sources. And this new way of storing energy must be able to be built to scale without using the same precious rare earth minerals which we are currently depleting at a prodigious and, what’s that word, unsustainable, rate just to be able to build our current wind mills and electric cars.

Wind mills are not a renewable energy source. Yes, wind is renewable, the mills to generate electricity from wind are decidedly NOT. Same with photovoltaic cells. The sun will keep shining, but we need minerals to build solar cells, and neither wind mills nor solar cells last very long, and we can’t effectively recycle the materials used to build them.
This is of course on top of the real need to consume significant amounts of fossil fuels in the first place to be able to mine materials and build wind mills and solar panels.

“renewables” are a folly of the idle rich. They have a niche that they can occupy nicely, but if we want to get out of fossils, nuclear is the only scalable means in existence. Everything else is noise.

I think this Swedish energy expert’s description of the energy situation (and problems) in Northern Europe should be required viewing.

Especially noteworthy, I think, is the fact that building new plants in Scandinavia takes at least SEVEN YEARS… to get the permits. Then another seven years, at least, to get the plants built and online. Fourteen years from “hey, let’s build another power plant” to “whee, more power!”

In comparison: May 1961: Kennedy tells Congress America should put a man on the moon. July 1969: a man walks on the moon. Elapsed time: 8 years and two months… or just about 17% longer than it takes to get a permit to build a power plant in Scandinavia today.

It has to change.

Excellent link! Clearly articulated and absolutely devastating in the implications.