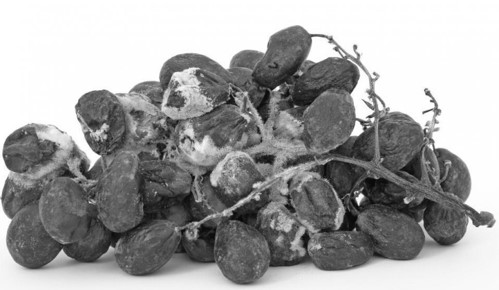 This post is mostly (but not entirely) about small things. Trivial, even.

I subscribe to the “Morning Briefing” email of the New York Times. It hits my inbox at around 7:00 weekday mornings, which I find impressive—that’s 1:00 in the morning, New York time.

That’s the only impressive thing about it.

Otherwise, its only real function for me is to provide a sense of the day’s establishment talking points. The subject line is usually enough to provide that insight.

Today’s briefing came under the byline of “Natasha Frost, Briefings.” I don’t read it often enough to have any sense of whether this is entirely her thing or whether she just drew the short straw today.

The subject line this morning was “Tensions ease over Poland blast.”

That’s true.  There was a lot of tension yesterday as the world held its breath wondering whether Russian missiles killing Poles in Poland was going to force NATO into open warfare with Russia.  Those tensions were already cooling by the time we Europeans went to bed last night (those of us with normal diurnal rhythms, anyway).

Next comes the lede:

Good morning. Tensions over a missile blast in Poland are easing after an investigation that suggested it was an accident. And in Britain, biting mortgage rates are set to rise.

So there we go: those are our top stories.  The Polish missile strike was a mistake, and British mortgage rates are going up.

The next item is a photograph of a couple of guys in hazmat suits (one with the hood off) rooting around in what appears to be the crater left behind by the blast.  It’s a slightly unnerving photo because a big vehicle lies askew on the edge of the crater and appears poised to fall onto the two workers at any moment.

We’ll assume it did not.

The caption informs us the photograph was “released by the Polish police showing forensic experts investigating the site where a missile hit.”

Beneath that comes the headline for the lead article:

Deadly explosion in Poland was an “accident”

I don’t know what the quotes are intended to signify.  The president of Poland is cited in the article as saying that the strike was an “unfortunate accident.” But if the headline is quoting him, why not include the adjective?

By all accounts, and by the Times’s own reporting, NATO and various national governments have concluded that it was indeed an actual accident.  Not an alleged accident, or a hypothetical accident, or a probable accident: just an accident.

Russia fired missiles at Ukraine, Ukraine launched air-defense interceptor missiles, something went awry, and one of the interceptors hit Poland.  Neither Russia nor Ukraine intended to hit Poland or kill any Poles.

That two people lost their lives certainly makes it a tragic accident (or unfortunate, as the Polish president phrased it), but the quotes in the headline seem to be casting aspersions on that perspective. They seem to be intended to sow a little doubt. They seem, dare I say it, a little conspiracy-minded.

I mean, how would the Times have reacted to a New York Post headline saying “Joe Biden ‘won’ the 2020 election?” Even if the article quoted multiple sources who all agreed he won, meaning that the headline could be said to be quoting any one of them?

Or maybe I should say there’s no “need” for them.

(Like I said: small things. But bear with me, because I also said “mostly.”)

Following that article there’s another photo, and weirdly enough for a story about British mortgage rates, it’s a crowd of nicely dressed people standing in formation on the steps of the House of Representatives.

The captions says “Newly elected members of the 118th Congress met for a group photo on Tuesday on the House steps.”

I wasn’t sure what that had to do with British mortgage rates. Had the nefarious new Republican Congress torpedoed the British housing market before they’d even been sworn in?

But wait!  It wasn’t about British mortgage rates at all: it was clearly intended as a visual accompaniment to the next story.

Election Day was eight days ago, and control of the House was the last unresolved question to be settled.  Its resolution seems like a big story to me.  Fair enough for the Times to have elevated the missile story above it—“everyone relax, it’s not world war three (yet)” is a pretty important message to get out there—but there was room in the lede for two stories, and the Times chose British mortgage rates over an American election result.

Let’s go through the story in its entirety. Headline first:

Republicans scrape back control of the House

Republicans secured a slender majority in the House of Representatives, a consequential finish to midterm elections that were an overall disappointment for Republicans, who had anticipated a “red wave” in the face of the hottest inflation in 40 years. Their victory will effectively give the party a veto on President Biden’s agenda for the next two years.

They scraped back control with a slender majority and were mostly disappointed.

Their control will block Joe Biden’s agenda, but no word whether the president is disappointed.

Four days ago, on the other hand, the Times wrote that “Democrats sealed control of the Senate on Saturday as Senator Catherine Cortez Masto of Nevada narrowly defeated Adam Laxalt, a Republican…”

The headline said only that “Democrats Hold the Senate,” not that they had managed to cling to their tie-breaker advantage. (Which is all they had done: we won’t know whether they have an actual majority until the Georgian run-off election has concluded on December 6th and its votes have been counted, probably some time around Easter.)

One could have said that Republicans sealed control of the House yesterday, if one were so inclined.

But one is rarely so inclined at the New York Times.

This all sounds like nit-picking, and it is, but there are so many damn nits that their cumulative effect is enormous.  Democrats “seal control” by establishing a virtual tie in the Senate; Republicans “scrape” their way to “a slender majority”—one that’s only noteworthy in that it’s bad for Joe Biden.

In terms of media bias these are misdemeanors, venial things, superficialities.

But it’s the stream of little things like this—drip drip drip, day after day, month after month, year after year—by which the leftist American media establishes their narrative as the default.

“The era of one-party Democrat rule in Washington is over,” Representative Kevin McCarthy, the House Republican leader and the House speaker nominee, said this week.

That’s true.  He said that.

But with Democrats maintaining control of the Senate, the final results did not show the unalloyed repudiation of Biden that many Republicans had predicted.

Of course there’s a but.

It’s worth noting that many Democrats had predicted a red wave, as well. The Times seems to have forgotten that. I wonder if their readers had.

In any case, this bit leads directly into the most gobsmacking bit of misinformation in the entire article—the one big thing that compelled me to write this stupid post:

Democrats instead enjoyed the strongest showing in a presidential midterm in the last two decades, after Biden repeatedly cast the 2022 campaign not as a referendum on Democratic rule but as a choice between his party and Republican extremism.

“Republican extremism” is one of the very few things Joe Biden didn’t warn about.

He warned about semi-fascism, MAGA extremism, ultra-MAGA extremism.  He said democracy itself was imperiled, endangered, at risk: it could die! He called supporters of Donald Trump a clear and present danger, a formulation historically reserved for actual enemies of America.

He unleashed the most hateful and divisive rhetoric against ordinary American citizens ever to have been issued by an American president, Lincoln inclusive. The establishment media played right along with him, whipping up fears of (in one case) children being rounded up and killed.

Because kill all the children has always been at the top of every Republican’s wish list. That’s why Republicans are generally pro-life: we need those children born or how can we kill them?

Well, the fat lady has sung—Republicans have sealed control of the House—and I haven’t heard a single politician or commentator from the left announce that democracy is therefore dead.  Or dying. I haven’t seen airports thronged with leftist parents desperate to ship their kids off to somewhere safer.

And I doubt we’re going to get any apologies from the media from their role in perpetuating the Democrats’ hysterical, destructive, and dangerous lie.

Apparently the rules of the game specify that we’re all supposed to pretend Biden had just been warning about “Republican extremism” all along, rather than shouting and barking and spewing the spittle of his deranged hatred into every microphone that passed his way.

Vote counting: More than a week after the elections, the Republican Party formally captured the 218 House seats needed to claim the majority after just four years out of power. Seven undecided races will determine the final size of a Republican majority that will be narrower than party leaders had expected. Democrats are leading in four of those races.

If those trends pan out, there’ll be a 221-212 majority for the Republicans.  (There are currently two vacancies in the 435-member House.)

There’s currently a 220-213 majority for Democrats (also allowing for those 2 vacancies, both of which seats had been held by Democrats).

So every time you hear the media accusing the Republican House of over-reaching their mandate—and I suspect you’re going to hear a lot of that kind of talk over the next couple of years—ask yourself whether they used the same kind of language with Nancy Pelosi’s Democratic slender majority.

This post was, as I forewarned you, mostly about small things that were probably just the product of sour grapes: one can easily imagine poor Ms. Frost confronting the reality of a Republican House and wondering, “Do I really have to write about this?”

Her sour grapes, and those of her many, many peers, are my sweet wine.

Meanwhile in Denmark, taxpayer-funded Danmarks Radio (DR) broke the news of Republicans taking the House with the following headline:

After Republican victory: US risks government shutdown
President Joe Biden must now cooperate with the Republicans, and this could cause major problems, an expert believes.
Tim Tørnqvist, DR.dk, November 17